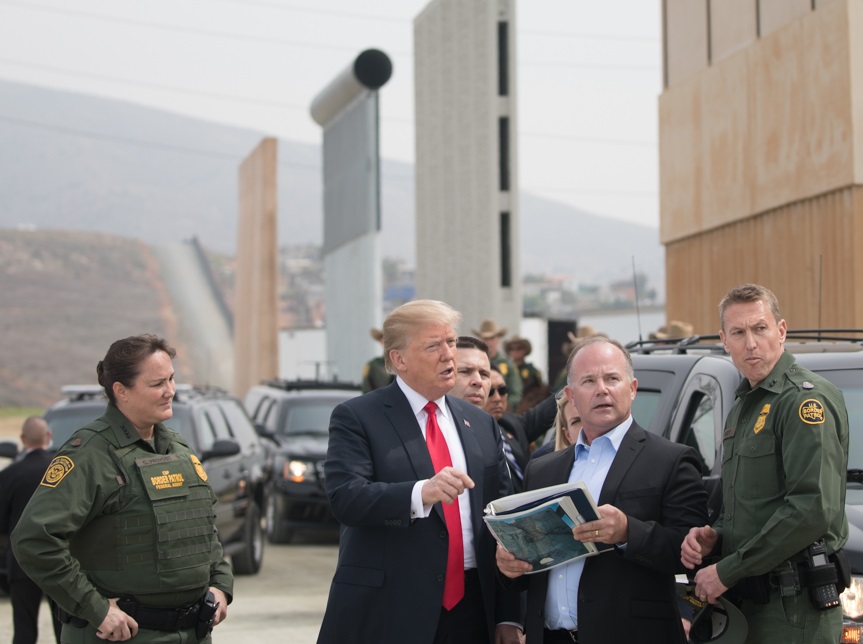 In the presidential elections of 2016, I voted for Hillary Clinton (not formally, as I am not a U.S. citizen, but in my mind). She was a known entity, relatively moderate politically, and with a lot of experience. ‘Better the devil you know than the devil you don’t know.’ I was against Donald Trump for two reasons. He was a self-proclaimed protectionist whereas the case for free trade is conclusive, and important. We should build bridges, not walls. Secondly, he came across as a bully. He did not act presidential.

Trump however turned out to be a much better president than I had anticipated. His bark was much worse than his bite. He was not in the habit, like his predecessors, of sending American troops into other countries without any long-term strategy or exit options. I do not agree with American isolationists, but the United States should not be acting as the unwanted and unloved policeman of the world. I also heartily agree with Trump that affluent European countries should pay for their defence themselves, and not try to pass the bill over to American taxpayers. Again, it was a triumph for Trump when Israel, encouraged by the Americans, made peace with the United Arab Emirates and improved relations with Saudi Arabia.

On the home front, Trump cut taxes and deregulated, two steps necessary to rejuvenate the American economy. He did not pursue his misconceived protectionism all that far. Moreover, his appointments to the Supreme Court were excellent. The judges he nominated are all of the school of jurisprudence that wants cases to be decided in accordance with the Constitution, not with the personal preferences or prejudices of the individuals on the bench. I would not hold Trump’s somewhat erratic response to the Wuhan virus against him: none of us knew precisely what was happening, not least because the Chinese authorities have withheld the relevant information. Personally, I am still not sure what would have been the most prudent policy.

Of course, once in the White House Trump continued to act unpresidential. He was often rude, offensive and insensitive, although he may have gained rather than lost votes that way. It is not the most popular pastime in America to be a Washington insider, and Trump certainly was not one. But I must admit that I was occasionally amused, even relieved, by the way in which Trump refused to go along with the media and the bureaucracy. Of course he was a populist. All successful politicians have to be populists, up to a point, including my two favourite ones, Margaret Thatcher and Ronald Reagan. Therefore, I voted for Trump, not Joe Biden, in the 2020 elections which Trump narrowly lost, indeed much more narrowly than the left-wing pundits had predicted.

However, Trump the President has been replaced by Trump the Loser, and it is not a pretty sight. He claims that the presidential election was fraudulent. But as Trump’s own Attorney General, William Barr, hitherto fiercely loyal to his president, pointed out there is no plausible evidence that possible election fraud—of course not to be ruled out completely in this vast and diverse country—made any difference. The elections were not stolen by the Democrats. Trump may come from a culture where being a ‘loser’ is the worst epithet possible. But he lost. He cannot change that. He is not clinching a deal, turning a defeat into a victory by persuasion, even trickery. A defeat is a defeat is a defeat.

Certainly Trump and his supporters can point out that from the very beginning the Democrats refused to accept him as president, using the judicial system to harass his closest advisers and even impeaching him on non-factual grounds. Trump and his supporters can also legitimately complain about the hypocrisy and double standard of the traditional as well as the social media. Few will forget the image from Kenosha, Wisconsin, in August 2020 where a CNN reporter stood in front of a blazing fire set by a mob, with a chyron running: FIERY BUT MOSTLY PEACEFUL PROTESTS AFTER POLICE SHOOTING. Compare that to CNN’s coverage of the attack on the Capitol on 6 January. (A white woman was shot by the police. What would have been said if a black woman had been shot in a riot instigated by the left?) On Twitter and Facebook, leftwingers can without any problems spew venom over affluent, law-abiding, white citizens who dare to defend right-wing causes, whereas Trump, the President of the United States, is repeatedly being blocked.

Such pent-up grievances may explain the fierce attack by Trump supporters on the Capitol on 6 January. But an explanation is not an excuse. The attack was inexcusable, and Trump himself bears some responsibility for it. It is a great blot on his record. It was awful to watch it. We want the rule of law, not of a mob. Trump does not seem to realise that you need not become a loser even if you lose a battle or two. You only become a loser if you behave in a certain way. In life, you may occasionally fail and sometimes fall. But the point is whether you stand up again. We still have to see Trump do that.

(Gissurarson’s column in The Conservative 7 January 2021.)