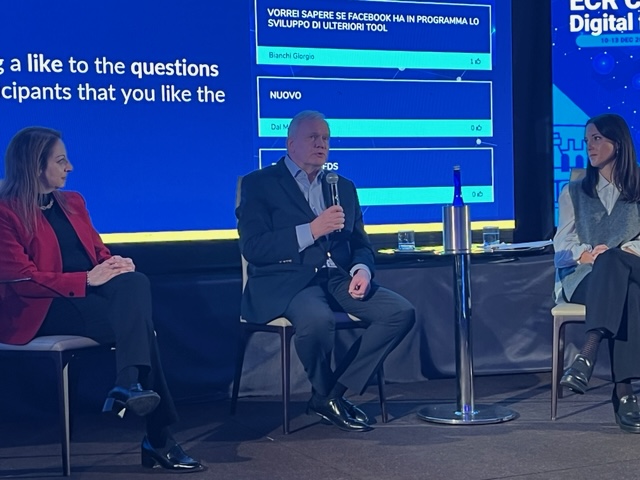 The new social media, especially Twitter and Facebook, have gone too far in trying to censor content on their platforms, Professor Hannes H. Gissurarson argued in his talk to a conference on digital freedom, organised by ECR, European Conservatives and Reformists, in Rome 10–13 December 2021. He recalled John Stuart Mill’s three classical arguments for freedom of thought and expression: that fallible censors might suppress sound ideas; that some ideas contained both errors and truths and that a free discussion was necessary to eliminate the errors; and that even if an idea was totally wrong, it would be a worthwhile exercise to try and refute it vigorously. Gissurarson added two further arguments: that in a democracy freedom of expression was an indispensable constraint on government and that it could also serve to vent off frustrations which otherwise would lead to violence.

Gissurarson agreed that the social media should adopt some restrictions on what could be expressed on their platforms, for example a ban on child pornography and on any incitement to violence. But the recent ban of President Donald Trump could hardly be justified in such a way. He had often been rude and offensive publicly, but freedom of expression was also the freedom to be rude and offensive. If the social media were strong enough to disconnect the leader of the most powerful nation in the world who had received almost 75 million votes in a recent election, how could they then treat others? Another example was the ban imposed both by Twitter and Facebook for a while on any speculation that the corona virus had escaped from a laboratory in Wuhan and not been transmitted from an animal to a person. This now seemed the most plausible explanation of the pandemic which had turned the world upside down for the last two years. This was a matter of vital importance, and yet the social media did not for some time allow their users even to mention it.

Gissurarson discussed the common response that Twitter and Facebook were private companies which could decide which rules to apply when offering their services. This was only partly right, he said: they were also common carriers like phone companies, private roads, and hotels. A phone company could not refuse to connect individuals because they spoke nonsense; the owner of a private road might charge a toll for its use, but he could not prohibit women from driving on it; a hotel could not refuse to serve people of colour. Moreover, Twitter and Facebook, and for that matter also Amazon, were so dominant in their fields of activity that there they enjoyed a near monopoly. You could go somewhere else if a newspaper refused to print your submission, but where could you go in cyberspace if Twitter and Facebook jointly decided to close your accounts and if Amazon refused to carry your books? Over the last few years all three companies had shown a left-wing bias. Either the social media had to define clearly some fair, narrow and transparent terms of use or they could risk losing the legal immunity that they enjoyed in the United States by which they were not held responsible for opinions and ideas expressed on the platforms they provided. Censors were fallible, including journalists and social media managers. The choice was between censorship and freedom of expression.