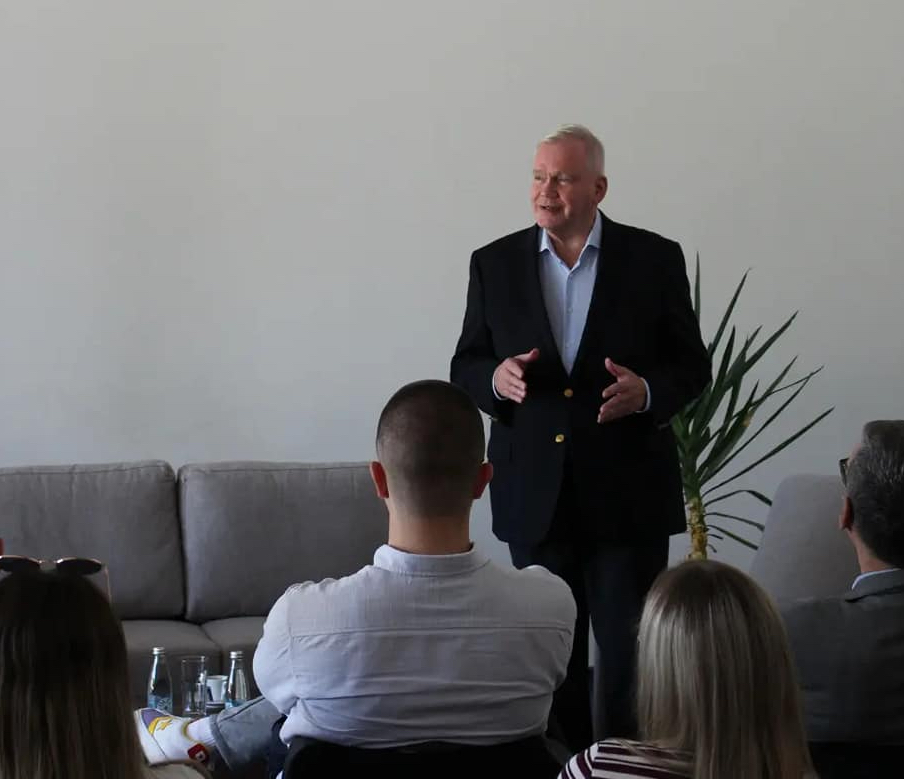 Small states may be feasible and in many cases more efficient and desirable than larger political units, but they are vulnerable, as the recent Russian attack on Ukraine showed, RNH Academic Director, Professor Hannes H. Gissurarson argued at a seminar 12 May 2022 in Sarajevo, organised by the Sarajevo School of Science and Technology, SSST, and the Austrian Economics Center in Vienna. Being vulnerable, small states have to form alliances with one another and with stronger states. There are essentially two ways of keeping peace, Gissurarson observed. One is free trade. Your propensity to shoot at your neighbour diminishes, if you see in him a potential customer. And, when goods are not allowed to cross borders, soldiers will. The other way of keeping peace is by preparing for war, as the Romans knew: Si vis pacem, para bellum. The free countries of the world, under the leadership of the United States, have to be powerful enough that nobody dares attack them. China and Russia seem to reject democratic capitalism, with its tolerance, decentralisation, diversity, and respect for human rights and with peaceful means of replacing bad rulers with good ones. The very existence of individual freedom and democracy is seen by oriental despots as external threats.

Gissurarson submitted that the West had to know what it wanted to defend. He had himself recently published a book about Twenty-Four Conservative-Liberal Thinkers who had since the Middle Ages articulated the political tradition of limited government, private property, and free trade. It was a tradition which included philosophers and economists as different as St. Thomas Aquinas and Ayn Rand, Ludwig von Mises and Robert Nozick, Herbert Spencer and Karl Popper, not to mention its two best-known modern proponents, Friedrich von Hayek and Milton Friedman. It was, and is, a tradition which has encouraged economic growth, innovation and entrepreneurship, but also the development of individual skills, abilities and talents, enabling individual to live meaningful lives and flourish. It was a tradition which recognised the many intermediate institutions, conventions and customs which had developed spontaneously between individuals and the state, and the many ties, commitments and attachments they inherited and formed outside the realm of contract. Other speakers at the seminar were Austrian economist Dr. Barbara Kolm on globalisation, American businessman Terry Anker on business regulations, and American Professor Christopher Lingle on entrepreneurship. Professor Vjekoslav Domljan, Dean of the Economics Faculty of the SSST, chaired the meeting.