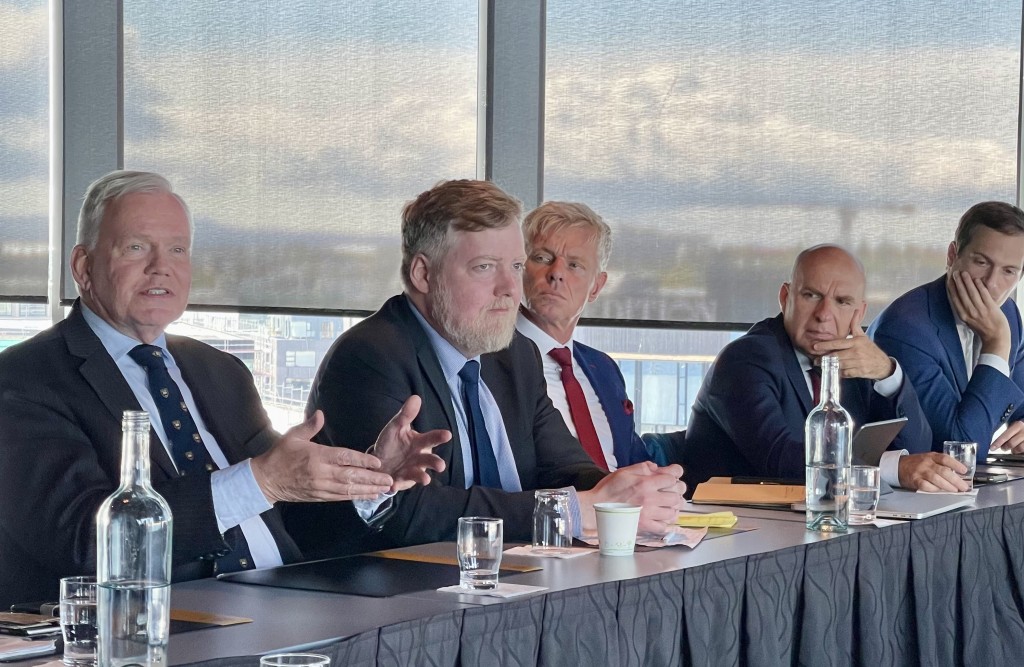 Indigenous People in the Arctic regions should not be treated like museum pieces; they wish to be regarded as nations, not as the keepers of national parks, RNH Academic Director Hannes H. Gissurarson said at a seminar on Arctic Policy, held by Brussels think tank New Direction in Reykjavik on 23 May 2022. He discussed in particular the question of whaling. The Icelanders harvest whales against the vehement protests of American preservationists. But what those preservationists are really demanding is that the Icelanders feed the whales for them, without having any right themselves to utilise the resource. This was as if a truculent farmer would drive his cows to a meadow owned by his neighbour and let them graze there, but not allow the other farmer to utilise them in any way, such as milking them or using the meat and the hide. The two whale stocks in Icelandic waters, the minke whale and the fin whale, were in ample supply and certainly not in any danger of extinction, Gissurarson said. Indeed, in the Icelandic waters whales each year consume according to estimates about six million tonnes of seafood, such as krill and small fish, whereas the Icelanders themselves harvest a little more than one million tonnes of fish. If the American preservationists wanted the Icelanders to feed the whales for them, then they should pay for it.

Whaling was and is a traditional practice among indigenous peoples in the Arctic. Gissurarson suggested that these peoples should be given private property rights to whale stocks and to other marine resources in their vicinity, not unlike the individual transferable quotas that have been developed in the Icelandic fisheries which consequently are both sustainable and profitable, unlike most other fisheries in the world. As the recent offer by U.S. President Donald Trump to buy Greenland was brought up in the discussion, Gissurarson recalled five attempts to sell Iceland. Danish King Christian II tried twice and King Christian III once to sell her to English King Henry VIII; Danish King Christian IV tried once to sell her to Hamburg merchants; and soon after the United States purchased Alaska from the Russians in 1867, U.S. Secretary of State William Seward studied the possibility of buying Iceland and Greenland from Denmark. Then, the proposal was ridiculed in the American Congress where little need was seen to add glaciers in Greenland and geysers in Iceland to the United States. This showed however, Gissurarson submitted, that interest in small and remote countries could vary over time. Nobody wanted Iceland in the past; everybody wanted her during the Second World War and the Cold War; nobody wanted her again after that; but now there was anew much interest in some military presence of the Western powers in Iceland as China and Russia seemed jointly to be starting a new cold war against the West. 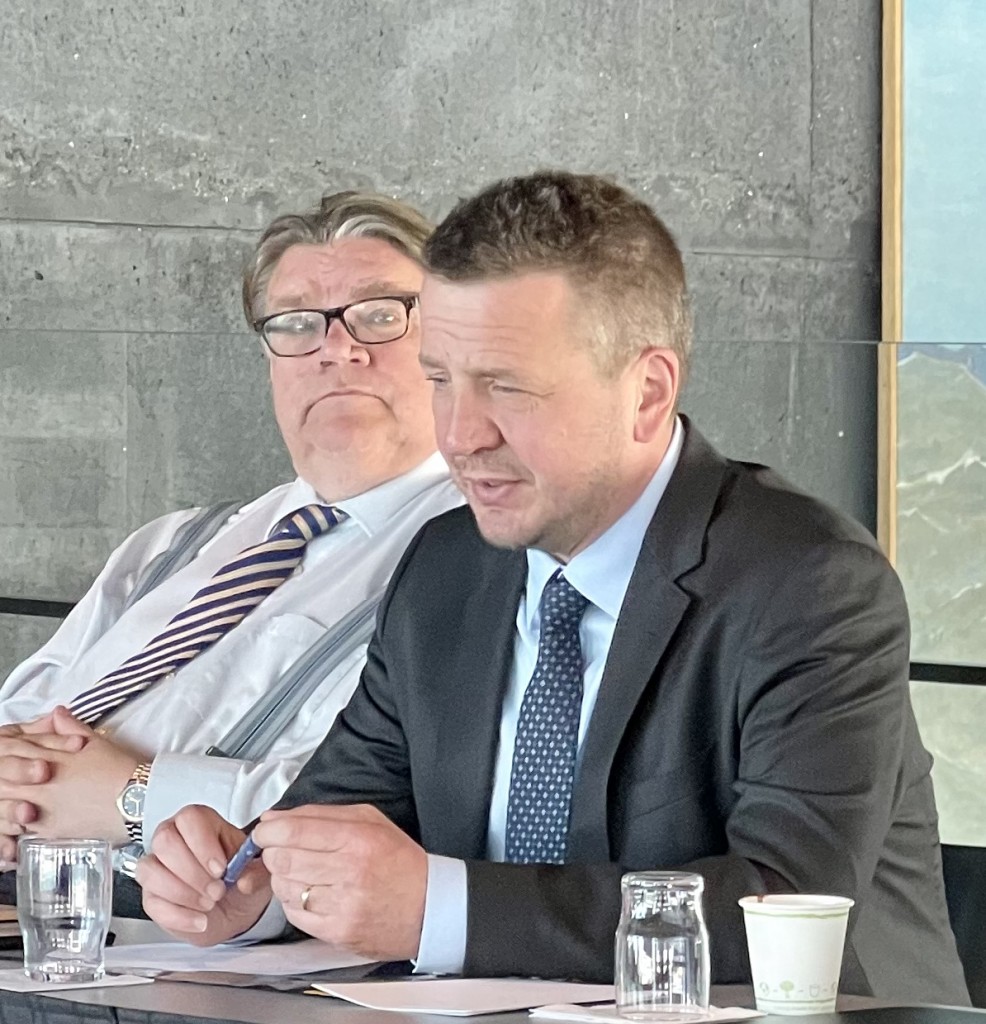 Several other Icelanders participated in the seminar. Professor Baldur Thorhallsson argued that Iceland had to develop her own security forces. The country could not be totally defenceless as she has been since the Americans abandoned their military base in Keflavik in 2006. Former Prime Minister Sigmundur D. Gunnlaugsson deplored the modern tendency to regard animals and plants as somehow morally superior to human beings. He suggested that the Northeast of Iceland would be an ideal location for a large port serving the Arctic Ocean. Professor Ragnar Arnason described the cooperation at present between Arctic and sub-Arctic nations about utilisation of straddling or migratory fish stocks. He commented that it might cause great trouble if one of the most important participants in this process, Russia, would turn her back on it and start harvesting fish indiscriminately. Environment Minister Gudlaugur Thor Thordarson pointed out that Icelanders used mostly renewable energy sources, geothermal and hydroelectric power. Iceland had to prepare herself for climate changes, although the sea level probably would not rise much in Iceland if the glaciers of Greenland would largely melt away. Antonio Giordano, Secretary General of ECR Party (European Conservatives and Reformists) gave welcome remarks at the seminar. Other speakers and participants included Timo Soini, former Foreign Minister of Finland, Dr. Harry Nedelcu at Rasmussen Global, a consultancy operated by Anders Fogh-Rasmussen, former Danish Prime Minister and NATO General Secretary, Professors Doaa Abdel-Motaal and Alan Riley, Rob Roos, Dutch MEP and Vice Chairman of the ECR Group in the European Parliament, Witold d’Humilly de Chevilly, Executive Director of New Direction, and Robert Tyler, Senior Policy Advisor at New Direction.