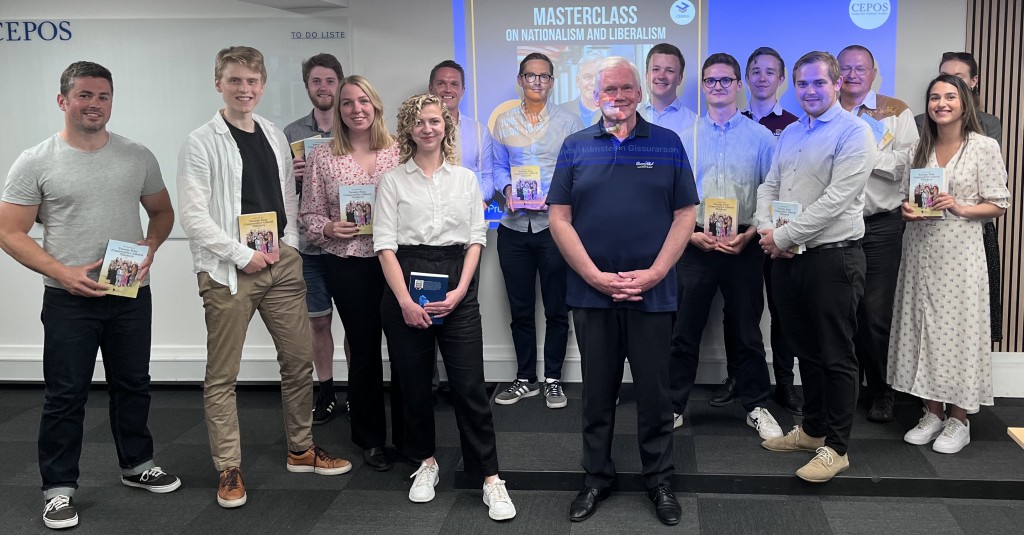 A distinction can be made between nationalism good and bad, Professor Hannes H. Gissurarson, RNH Academic Director, submitted at a CEPOS summer school in Copenhagen 12 June 2022. Good nationalism recognises the nation as a ‘daily plebiscite’, in Ernest Renan’s words, constituting a community to which an individual wants to belong, and the collective will to preserve its values and traditions, such as a common language, a literary heritage and a shared history. The reason the Norwegians separated from Sweden in 1905 was that they were and wanted to remain Norwegians, not Swedes. The reason the Finns separated from Russia in 1917 was that they were and wanted to remain Finns, not Russians. The reason the Icelanders separated from Denmark in 1918 was that they were and wanted to be Icelanders, not Danes. The same could be said about the Baltic nations, the Slovaks, the Slovenes, and many other nations, big and small. This kind of nationalism is first and foremost a reaffirmation of a shared collective identity shaped by history and circumstances and does not entail any rejection of or hostility towards other nations. It presents the nation state as a home, neither a prison nor a fortress.

It was true, Gissurarson conceded, that many nation states were quite small. But nevertheless they were quite feasible. The economic integration in the last few decades had facilitated political disintegration, or the breaking up of large political units into smaller ones. This was because ‘the division of labour is limited by the extent of the market’, as Adam Smith observed: by their access to a large global market, small political units could benefit from the international division of labour. Small countries were also often more homogeneous and therefore more cohesive, with a higher level of trust, than large countries.

Bad or aggressive nationalism has however caused great harm, Gissurarson added, not least in the twentieth century. It was a false and pernicious feeling of a group’s superiority and a desire to humiliate, insult, subdue and oppress other groups, and it almost invariably went with a distorted account of the past. It was about conquest, not trade. Gissurarson suggested that one reason for the relative success of the Nordic countries was paradoxically the defeat of Sweden by Russia in 1721 and the defeat of Denmark by the German Federation in 1864.  After these defeats, Sweden and Denmark abandoned their futile dreams of military conquests. These two countries moved from the battlefield to the marketplace. Swedish poet Tegnér exclaimed that Sweden should make up for the loss of Finland by harnessing the natural forces within her borders, while Danish poet Holst exhorted his countrymen to gain inside Denmark what had been lost outside, by developing industry and trade.

Gissurarson argued that in Ukraine today the conflict was between good and bad nationalism. The Ukrainians wanted to maintain a sovereign nation state. They were reaffirming their collective identity. Thus, they were non-aggressive nationalists. Putin’s clique in Moscow however had imperialist ambitions and wanted to extend their rule to at least parts of Ukraine through military aggression. The only peaceful resolution of the conflict was to invoke Renan’s concept of the nation as a plebiscite: Those who really wanted to be Russians, should be Russians, and those who wanted to be Ukrainians, should be Ukrainians. There was a workable blueprint for this, the plebiscites in Northern Schleswig in 1920, where one region voted overwhelmingly for belonging to Denmark while another region voted overwhelmingly for belonging to Germany. Accordingly, the borders were moved. Gissurarson pointed out that the problem of minorities remained however after any such plebiscites. He quoted Lord Acton’s remark that a society should be judged according to how it treated its minorities. There was also a workable Nordic blueprint for this, the way in which Finland had accommodated the Swedish-speaking minority in the Aaland Islands.

Furthermore, Gissurarson distinguished between positive and negative populism. Every competent politician had to be a populist to some extent, he said, not only presenting arguments, but also playing on emotions and interests, and identifying and serving possible political constituencies, as Ronald Reagan had successfully done in the United States and Margaret Thatcher in the United Kingdom. This was positive populism, Gissurarson suggested. Why should the devil have the best tunes? For example, Thatcher gained many votes by selling council houses to their tenants on favourable terms. Negative populism was however when a demagogue sought to rally large parts of a country’s population against some of its other parts, often an unpopular or vulnerable minority. Left-wing populists usually targeted the wealthy, whereas right-wing populists stirred up hostility towards groups portrayed as alien, as the Nazis did towards the Jews (and Gypsies and gays), and some European politicians nowadays against immigrants. Gissurarson said that he, like other classical liberals, supported free immigration (and emigration for that matter), but that there were three undesirable groups of immigrants: criminals; religious zealots who wanted to impose their beliefs (about the inferiority of women, for example) on the rest of society; and loafers who came to the West in search of welfare benefits without any intention of contributing. Most immigrants were however hard-working people in pursuit of a better life, and they should be welcomed. Gissurarson quoted the holy book: ‘You shall also love the stranger, for you were strangers in the land of Egypt.’ The difficult but not impossible task was to design tests for distinguishing between them and the gatecrashers. 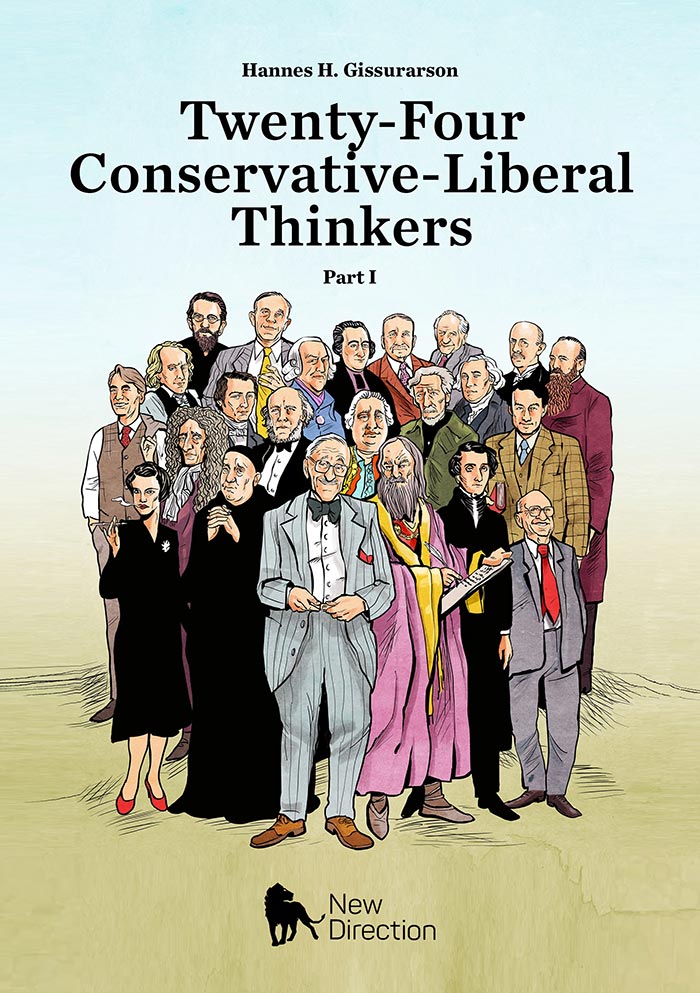 In the summer school which lasted from 10 in the morning to 4 in the afternoon, Gissurarson went through some themes in his recent book, Twenty-Four Conservative-Liberal Thinkers, in two volumes. He said that in his opinion Friedrich von Hayek was the most profound modern political thinker. He told the students about his personal encounters with five of the thinkers discussed in the book, Hayek, Karl Popper, Milton Friedman, James M. Buchanan and Robert Nozick. They had all been fascinating characters as well as men of great intelligence and integrity, ‘sans peur et sans reproche’. It was crucial, Gissurarson added, not to conceive of classical or conservative liberalism as only an Anglo-Saxon project, although some of its ablest thinkers certainly had been British, the Scotsmen David Hume and Adam Smith; the Englishmen John Locke, Herbert Spencer, Lord Acton, and Michael Oakeshott; and the Irishman Edmund Burke. For example, the two Nordic thinkers he discussed in his book, Snorri Sturluson and Anders Chydenius, had presented some intriguing ideas and arguments. Indeed, there was a strong conservative-liberal tradition in the Nordic countries, embodied in institutions, customs and conventions and also articulated by philosophers and economists, most of whom were little known in the Anglosphere, unfortunately but understandably.