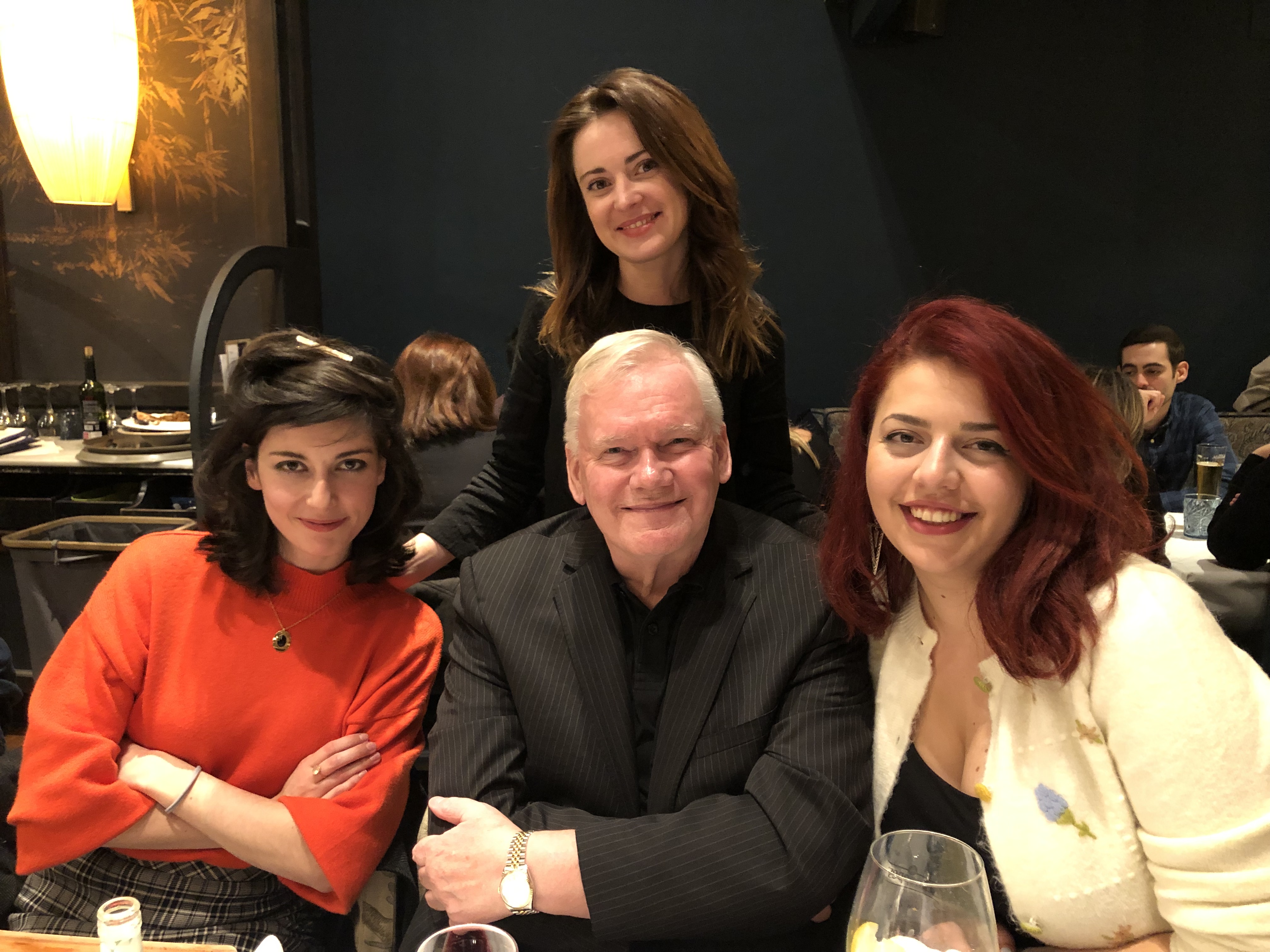 Gissurarson with three participants in the workshop, from left: Mathilde Berger-Perrin, Maria Alesina, and Viktorya Muradyan.

Although totalitarianism was defeated in Europe, first national socialism in 1945, then communism in 1989, individual liberty is still under both internal and external threats. The internal threats include calls for restrictions on the freedom to question and argue against ‘politically correct’ ideas as well as the blatant demagoguery of right-wing and left-wing politicians who seek the lowest common denominator in the voting population. The external threats are how Russia and China seem to be returning to their totalitarian past as can be seen in the vicious Russian attack on Ukraine. These recent threats were discussed at a workshop in Barcelona 25–26 November 2022 where historians Johan Norberg from Sweden and Julio Crespo-MacLellan from Spain gave keynote addresses. The workshop was organised by the Brussels think tank, ELF, the European Liberal Forum, which is attached to ALDE, the Alliance of Liberals and Democrats for Europe.

RNH Academic Director, Professor Hannes H. Gissurarson, was invited to participate in the workshop, and in his comments he emphasised that classical liberals could be conservative as well. Indeed, he had himself written a book in two volumes about twenty-four conservative-liberal thinkers for the Brussels think tank New Direction, which is attached to ECR, European Conservatives and Reformists. Gissurarson agreed with the organisers that individual liberty was under threat. He said that those Europeans who valued liberty, whether they called themselves conservatives, liberals, or christian democrats, had to cooperate, at least to some extent. However, in the United States, democratic socialists seemed to have appropriated the word ‘liberal’.

In response to the recent threats, conservative liberals should make use of the division of labour, Gissurarson suggested. Some should fight the political battles, identifying and rallying the likely supporters of individual liberty, for example by lowering taxes and extending the principle of private property, aiming at what Ludwig Erhard called ‘Volkskapitalismus’ and Margaret Thatcher a ‘share-owning democracy’. Some should work at think tanks, comparing the costs and benefits of taxing and pricing, and of cooperation with and without commands. One urgent issue was the environment: often environmental protection simply required environmental protectors. For example, the poachers who were hunting African elephants and rhinos to extinction could be turned into gamekeepers by a stroke of the pen, if and when their communities were made owners of those animal stocks and thus their custodians.

Some of those who valued liberty should however remain independent thinkers, not seeking popularity, but instead quietly articulating and amending the great political tradition of the West, which rested on four main pillars, private property, free trade, limited government, and the respect for traditions. Gissurarson found for example that St. Thomas Aquinas had analysed the tension between law and morality much more clearly than John Stuart Mill with his widely-discussed Harm Principle. The philosopher-saint had pointed out that we are all sinners, but that the law should only concern itself with those sins of ours which hurt or harm others, such as violence, fraud or theft. The new enemies of individual liberty should be dealt with fairly, but firmly, Gissurarson added. Putin was a new Mussolini, bellicose, ruthless, and dangerous, but less under the influence of an ideology than were Stalin and Hitler. Hopefully Putin would be defeated, but if so, it was essential not to turn the Russians against the West, but rather to integrate them into the West.