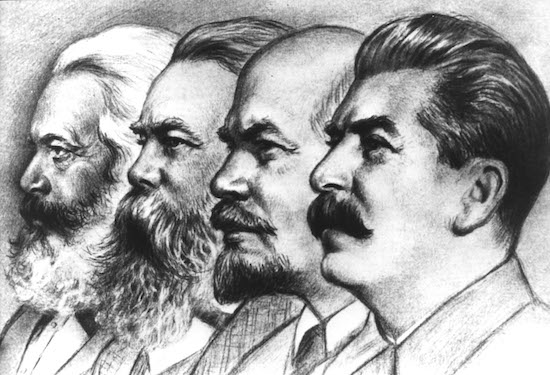 In the 100 years which have passed since the Bolshevik Revolution of 1917, communism has claimed at least 100 million lives, RNH Academic Director Professor Hannes H. Gissurarson wrote in Morgunbladid 7 November 2017, quoting Stéphane Courtois’ Black Book of Communism. He took issue with the common explanation of Lenin’s and Stalin’s terrorist régime in Russia that it was just in a Russian tradition: In two months, the Bolsheviks killed more people than were sentenced to death under the czars in the whole period of 1825–1917. The totalitarian oppression in Russia and other communist countries was rather, Gissurarson submitted, a logical and predictable outcome of the attempt totally to reconstruct society in accordance with the unrealistic and impractical theories of Marx and Engels. He recalled that neither Marx nor Engels tried to hide their belief that the revolution they envisaged probably had to be implemented by terror. He also quoted their derogatory comments on the Icelanders and the other small Nordic nations.

Even some communists had realised the danger of uniting all economic and political power in the hands of only one agent. “In a country where the sole employer is the State, opposition means death by slow starvation,” Trotsky had written. And Rosa Luxemburg had emphasised that real freedom was always the freedom of the opponent, to be free to dissent. It was however Friedrich A. von Hayek who provided the theoretical explanation for oppression under comprehensive economic planning: It was impossible to coordinate individual needs in such a system, which meant that they had to be simplified, reduced and sometimes ignored, and for this purpose, the planners had to try to take control not only of human actions, but also of human minds. As early as 1920, Hayek’s mentor, Ludwig von Mises, had predicted the demise of socialism because the planners would be unable to make choices based on adequate information about production and consumption.

In his article, Gissurarson also gave a brief account of the Marx-Leninist movement in Iceland. Brynjolfur Bjarnason was one of the two Icelandic delegates to Comintern’s Second Congress in 1920 where Lenin discussed Iceland’s strategic importance in a possible war in the North Atlantic. Bjarnason was the first and only Chairman of the Communist Party which operated in 1930–38, with ample financial support from Russia. The communists, following Comintern orders, managed in 1938 to lure leftwing social democrats into a new party, the Socialist Unity Party, led by Bjarnason and Einar Olgeirsson and staunchly Stalinist. The Socialist Unity Party was also financed by Moscow. The Stalinists had however in 1968 to dissolve their party, and the People’s Alliance formed in 1956 was then transformed from an electoral alliance into a political party, bitterly fighting the Social Democrats, but without formal ties with the Soviet Union. After the collapse of the Soviet Union, the People’s Alliance joined the Social Democrats in a united leftwing party, while the last act of its leadership was a visit to the Cuban Communist Party in the autumn of 1998. The Icelanders wanted an audience with Castro who did not bother, however, to see them. Thus the history of the Icelandic Marx-Leninist movement ended not with a bang but a wimper.

Finally, Gissurarson said that even if communism was dead, its spectre was still haunting Europe, mainly in universities. RNH is member of the Platform of European Memory and Conscience which joined other organisations in holding two conferences on the 100th anniversary of the Bolshevik Revolution, one in Washington DC, where the speakers included Niall Ferguson and Frank Dikötter, and one in Paris, where Stéphane Courtois launched his new book about Lenin. The Association of Icelandic Historians however declined a suggestion to organise a meeting or conference with RNH on the anniversary. Gissurarson’s article formed a part of the joint RNH-ACRE project on “Europe of the Victims”. 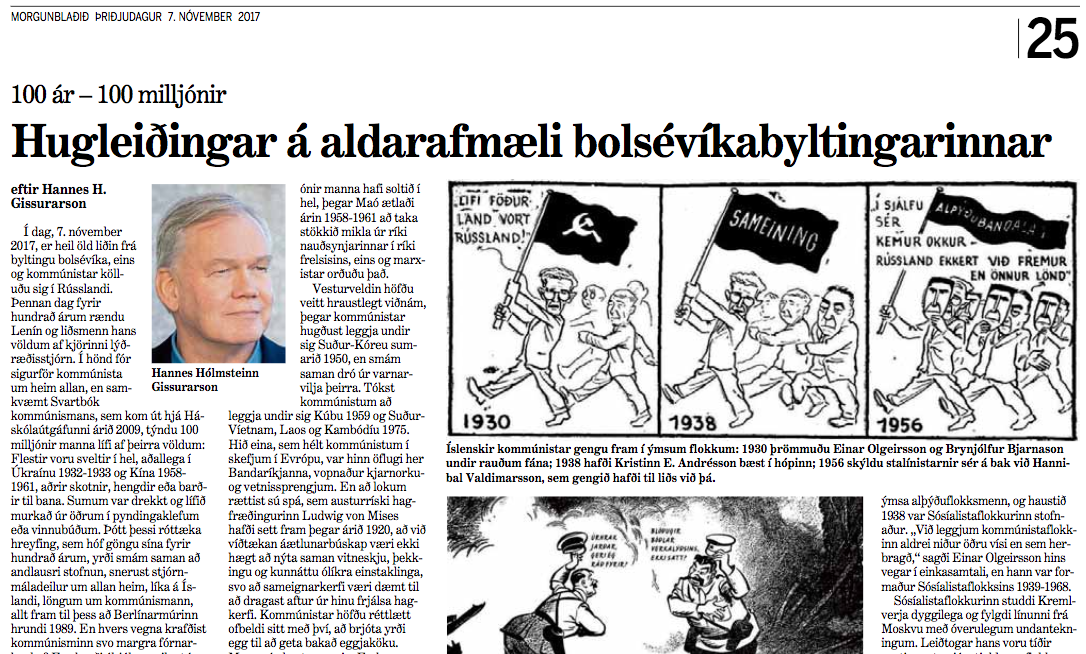