Oddsson at the Central Bank of Iceland 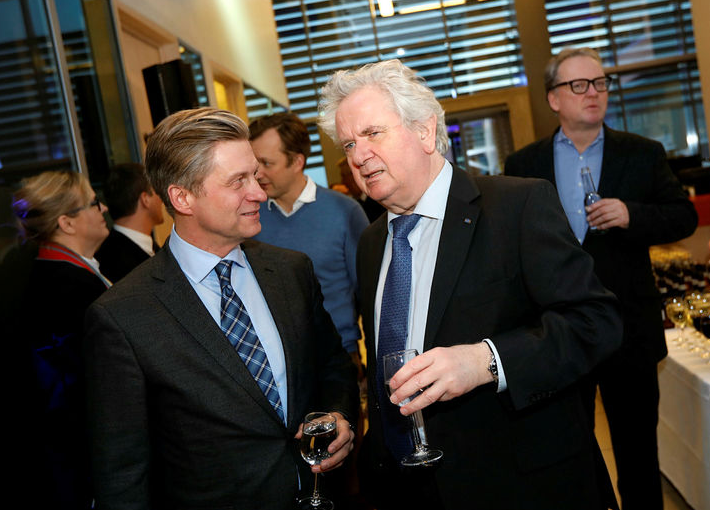 Oddsson (right) in a discussion with Eythor Arnalds at his birthday reception.

RNH Academic Director, Professor Hannes H. Gissurarson, published an article in Morgunbladid 17 January 2018 on David Oddsson’s seventieth birthday. It was on Oddsson’s career at the Central Bank of Iceland in 2005–9, where Gissurarson served on the Overseeing Board in 2001–9. When Oddsson was Iceland’s longest-serving Prime Minister in 1991–2004, economic freedom in Iceland significantly increased, as seen by the International Economic Freedom Index regularly calculated by Canada’s Fraser Institute. In his article, Gissurarson recalled the many warnings Oddsson uttered, after he had been appointed CBI Governor, against the rapid expansion of the Icelandic banks, in private conversations with Halldor Asgrimsson and Geir H. Haarde in the autumn of 2005, with Thorgerdur K. Gunnarsdottir in late 2007, and with some leading politicians in early 2008, notably Ingibjorg S. Gisladottir. Alas, Oddsson’s suggestions that the banking sector should be reduced by moving Kaupthing to another country, by selling a Norwegian bank owned by Glitnir and by transferring Landsbanki’s Icesave accounts from its London branch to a British subsidiary were ignored.

At a breakfast meeting of the Chamber of Commerce 6 November 2007 Oddsson said: “For a while, cheap capital was readily available, and some were bold enough to grab the opportunity. But the flip side of expansion, and the side that cannot be ignored, is that Iceland is becoming uncomfortably beleaguered by foreign debt. At a time when the Icelandic government has rapidly reduced its debt and the Central Bank’s foreign and domestic assets have increased dramatically, other foreign commitments have increased so much that the first two pale into insignificance in comparison. All can still go well, but we are surely at the outer limits of what we can sustain for the long term.” In 2008, large foreign loans were not available except at very high interest rates, so the CBI repeatedly tried to make dollar swap deals with other central banks. Its requests were rejected everywhere except in the three Scandinavian countries, where intensive pressure had to be used. Gisladottir, leader of the Social Democrats, however considered Oddsson’s warnings about the banks “one man’s venting” and wrote 4 September 2008 that deposit collection by the Icelandic banks in other countries should continue. 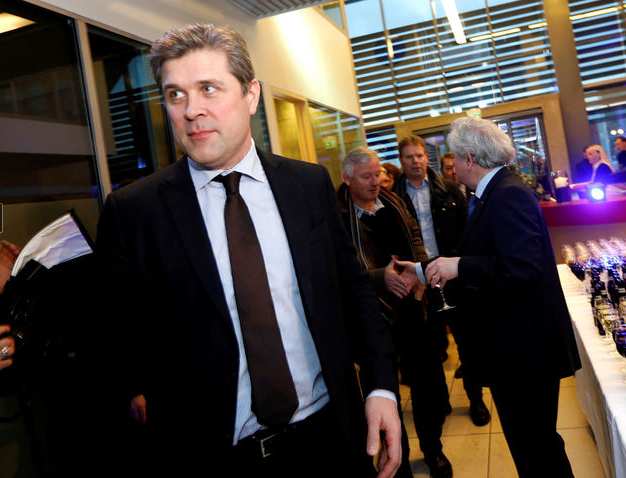 At the end of September 2008 when it became clear that the Icelandic banks would collapse, Oddsson insisted that Iceland should be ring-fenced by dividing up the banking sector into a domestic and a foreign part and by not taking responsibility for the banks’ liabilities, but giving depositors priority claims to the banks’ estates. This turned out to be a wise move, greatly facilitated by the fact that the Icelandic Treasury had become virtually debtless. From the beginning, Oddsson also campaigned against the Treasury taking on any liabilities from Landsbanki’s Icesave accounts. In his article in Morgunbladid, Professor Gissurarson argued that the two accusations of negligence directed against Oddsson and his two colleagues at the CBI by the Special Investigation Commission, SIC, into the bank collapse both were about minor details which did make any difference for the collapse. The SIC seemed to believe that more memos and reports had been needed in cases where decisions had to be made quickly and firmly. Gissurarson is finishing a report on the bank collapse for the Ministry of Finance and has already described some of its conclusions at a meeting of the Icelandic Historians’ Association.

Oddsson has from 2009 been Editor of Morgunbladid, and on his birthday its publishing company held a well-attended afternoon reception in its headquarters, where everybody was welcome. In the evening, Oddsson invited some of his friends and colleagues to a private dinner.

Gissurarson Article on Oddsson at the CBI