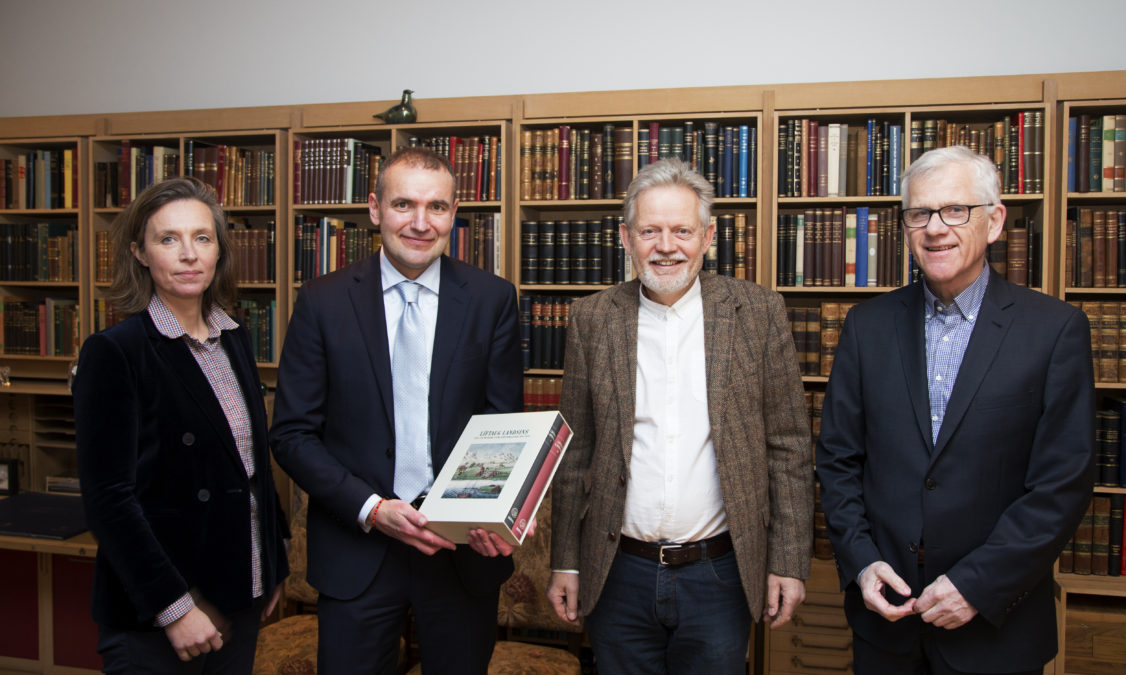 RNH Academic Director, Professor Hannes H. Gissurarson, was one of the speakers at a conference held by the Institute of History at the University of Iceland 16 January 2018. The occasion was the publication of a two volumes book on Iceland’s foreign trade, Liftaug landsins (The Lifeline of the Country). At the conference, one scholar commented on the contributions of each of the authors: Archeologist Orri Vesteinsson discussed Professor Helgi Thorlaksson’s essay on trade in the Middle Ages; Gissurarson discussed Professor Gisli Gunnarsson’s paper on the Danish trade monopoly of 1602–1787; historian Hrefna Robertsdottir discussed Anna Agnarsdottir’s essay on the emergence of free trade after the Danish monopoly; Professor Gunnar Karlsson discussed Helgi S. Kjartansson’s essay on free trade in the 19th Century; and Professor Gylfi Zoëga discussed Gudmundur Jonsson’s book-length treatise on Iceland’s trade in the 20th Century. The book was edited by historian Sumarlidi Isleifsson, while historian Ragnheidur Kristjansdottir chaired the conference.

In his talk, Gissurarson pointed out that in the 20th Century foreign trade had been crucial to the Icelanders as illustrated by examples of how they had accepted infringements on their sovereignty in order to maintain access to their markets. In 1922 Iceland had permitted the import of Spanish wines despite prohibition, in force since 1915; in 1935 she had continued to sell fish to the Italians despite the embargo by the League of Nations on Italy after the invasion of Ethiopia; and in 1939 the authorities had complied with a demand by Nazi Germany to ban a book by Wolfgang Langhoff about Nazi concentration camps. Gissurarson said that he had realised after reading Professor Gunnarsson’s paper on the trade monopoly that it had served as a means of collecting a resource rent tax from the fisheries. In royal decrees, prices of marine products had been forced down while prices of agricultural products had been held far above market prices. This had stifled the spontaneous growth of the fisheries and kept the Icelandic economy stagnant for centuries.

In the wide-ranging and lively discussion at the conference, Orri Vesteinsson and Helgi Thorlaksson debated Thorlaksson’s hypotheses that foreign trade had been insignificant in the 930–1262 Commonwealth period, mainly directed towards the needs of the chieftains and the church, and that the stipulation in the 12622 Old Covenant between the Icelanders and the Norwegian King about the King ensuring that six ships would sail annually to Iceland was about a maximum, not a minimum. The chieftains wanted, Thorlaksson argued, to control trade and they did not want a lot of strangers around. Gylfi Zoëga recalled that in the beginning of the 20th Century Iceland was one of the poorest countries in Europe. At the end of the century, she was one of the richest. Obviously, the Icelanders had done some things right. Zoëga speculated that this had much to do with institutions, rules and customs. Icelandic law had for example developed on a Danish model, and the Danes were a progressive, enlightened nation. The Icelandic economy had never been completely closed despite extensive controls in the 1930s and 1940s, and it had been opened up in the latter half of the century. Private property rights were respected in Iceland, as the system of individual transferable quotas in the fisheries showed, Zoëga observed. The Icelanders had profited from their access to fertile fishing grounds and ample energy resources, and from the country’s location and, more recently, from her attraction to tourists. Gissurarson’s talk at the conference formed a part of the joint RNH-ACRE project on ‘Europe, Iceland and the Future of Capitalism’.