One of the most telling documents on the Twentieth Century is the autobiography of Richard Krebs, writing under the pseudonym Jan Valtin, Out of the Night, published in 1941, RNH Academic Director Hannes H. Gissurarson suggested in a paper at a conference on Valtin in Poitiers 14–15 November 2019. Born in 1905, Krebs had been an agent of the international communist movement and a double agent inside the Gestapo before escaping to the United States in 1938. His autobiography, a best-seller in the United States, was hotly debated in Iceland in the summer and autumn of 1941, even before the first part was translated and published by the Icelandic social democratic book club, selling more than 4,000 copies in the tiny Icelandic book market. Stalinist writer Halldor K. Laxness wrote a vitriolic personal attack on Valtin, while economist Benjamin Eiriksson—whose earlier stay in the Soviet Union for more than a year had deprived him of many illusions—said that the book rang true. By their fierce campaign against the book, the Icelandic communists managed to delay the appearance of its second part until 1944, and then it was published by some individuals and not by the social democratic book club.

Modern research has shown that many of Valtin’s controversial assertions were true, Professor Gissurarson observed, for example about some Icelandic seamen being Comintern couriers and about the Danish labour leader Richard Jensen engaging in clandestine missions for the Comintern. Despite some inaccuracies and exaggerations, Valtin’s book is important for understanding twentieth century totalitarianism, Gissurarson concluded. In 2015, he edited a republication of the Icelandic translation in one volume, available both on paper and online, with an Introducation and Notes.

At the conference Swedish journalist Dennis Renfors discussed Jan Valtin in Sweden and the other two Scandinavian countries. As a Comintern agent, Krebs was being monitored by the security police in all three countries. In 1942, his book was published in Sweden, but out of consideration for Nazi Germany the chapters about his torture by the Gestapo were omitted. German historian Ernst von Waldenfels—who wrote a biography of Krebs in German, recently translated into English—summed up his research about Krebs, arguing that the heroic Jan Valtin of the book and its author, Richard Krebs, were not one and the same person, even if von Waldenfels would not go so far as to say that the book was a novel rather than an autobiography. Dr. Roger Mattson—who is currently writing a biography of Krebs in English—gave an account of the five last years of Krebs’ life, from 1945 to 1950. Professor Guillaume Bourgeois described the main findings about Krebs in the archives of the British secret service and in the dossier of French communist lawyer Joë Nordmann. The British files showed that Krebs had by no means exaggerated his importance as a Comintern agent. Professor Gildas Le Voguer analysed the interrogations of Krebs by the US House Committee on Un-American Activities.

Professor Bourgeois organised the conference which was lively, friendly and informal. Richard Krebs’ son Eric was present with his wife, reading out to the attendees in the evening of 14 November a selection of unpublished letters from his father. Papers delivered at the conference will eventually be published in a book. Gissurarson’s participation in the event formed a part in the joint project of RNH and ACRE, the Alliance of Conservatives and Reformists, on ‘Europe of the Victims’. 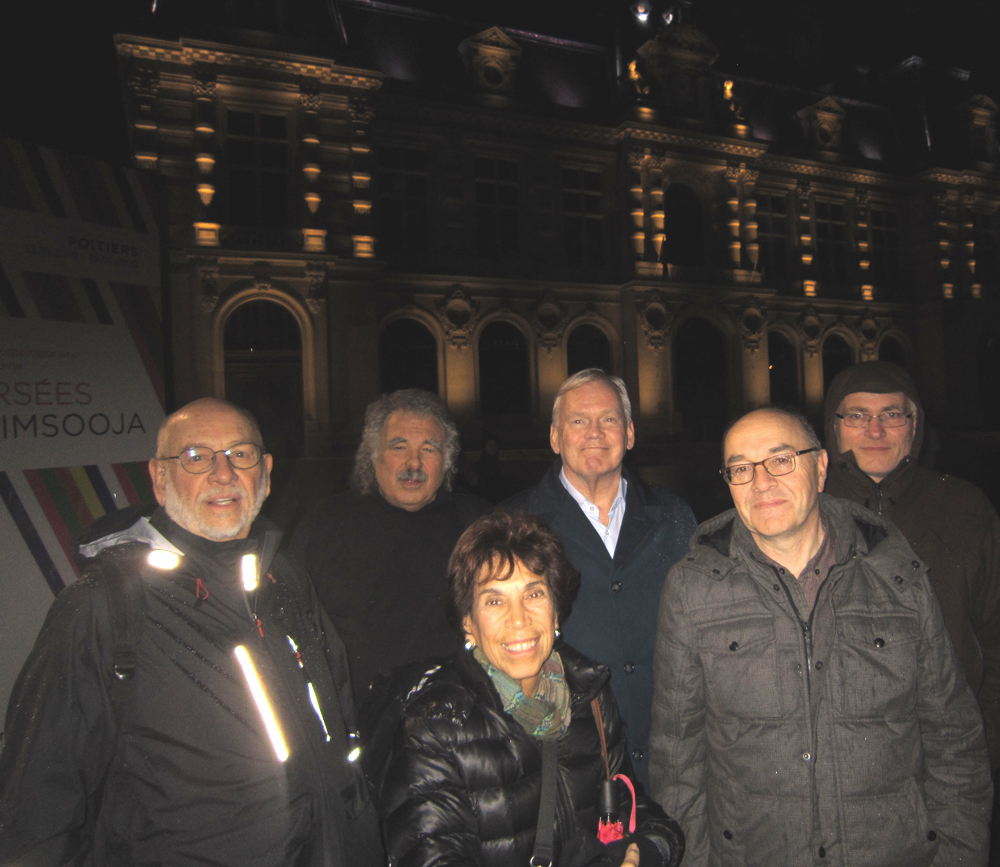