From left: Arnason, Runolfsson and Gissurarson. 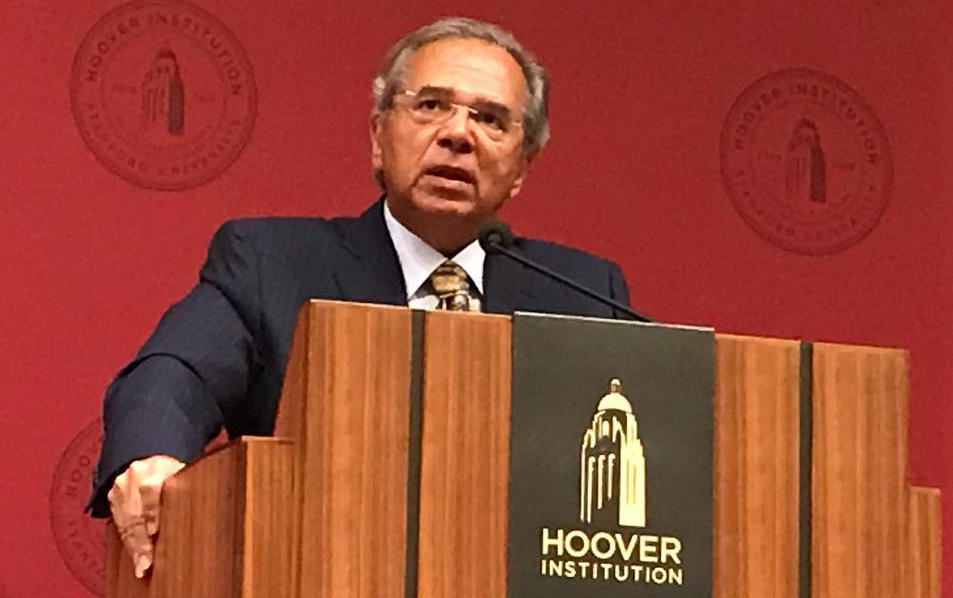 Still going strong at 99 years, George Shultz, Economics Professor at Chicago and Secretary of State in the Reagan administration, gave his view on contemporary issues in a talk with Professor Taylor at the opening dinner on 15 January. Paulo Guedes, Milton Friedman’s student at Chicago and presently Brazil’s Finance Minister, described his ambitious economic reform programme over dinner on 16 January. Entrepreneur Peter Thiel discussed politics and economics with Peter Robinson at the closing dinner on 17 January. 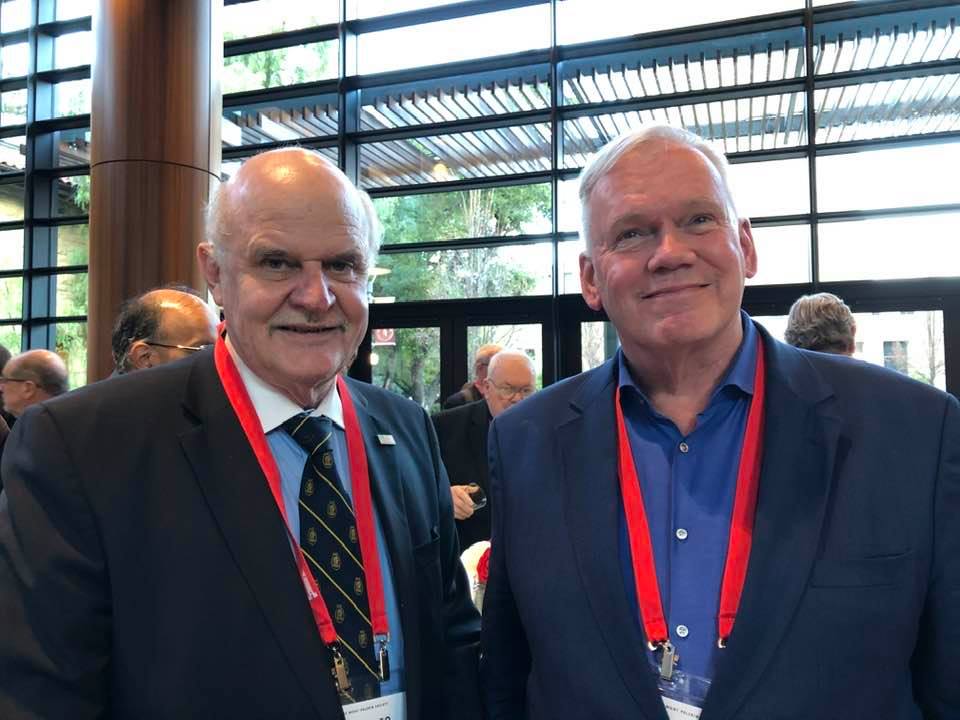 Alejandro Chafuen of the Acton Institute and Gissurarson both attended their first MPS meeting at Stanford in 1980.

Other speakers included Bruce Caldwell who described the 1947 founding of the Mont Pelerin Society, at Friedrich Hayek’s initiative; David Henderson who recalled the general meeting of MPS at Stanford forty years ago, in 1980; Robert Skidelsky, Lord Skidelsky, who presented his interpretation of the great economic controversies of the day; Niall Ferguson who lamented the deteriation in the rule of law; John Cogan who proposed solutions to the American debt problem; Samuel Gregg who argued for a deeper understanding of the moral foundations of capitalism; Bridgett Wagner who explained the aims and strategies of Heritage Foundation; and The Lord Borwick, 5th Baron, who defended Brexit. Over lunch on 17 January, Axel Kaiser and Ernesto Silva spoke about the serious situation in Chile, where after the very successful economic reforms of the 1970s and 1980s, hard-core leftists are trying in well-organised riots to force a change of course, despite the glaring example of Venezuela.

The regional meeting at Stanford was superbly organised by Professor Taylor, and the papers and the ensuing discussions were almost all of high quality. Although the MPS is not a secret society, exchanges of views at its meetings remain confidential so that speakers can explore ideas and arguments regardless of political sensitivities. Hannes H. Gissurarson (who completed his D. Phil. in Politics on Hayek at Oxford in 1985) was one of the few people at the 2020 meeting who had also been at the Stanford meeting of 1980, forty years earlier. He became member in 1984, sat on the MPS Board in 1998–2004 and organised a regional meeting in Iceland in August 2005. Past MPS Presidents include Nobel Prize winners Friedrich A. Hayek, Milton Friedman, George Stigler, James M. Buchanan and Gary Becker. 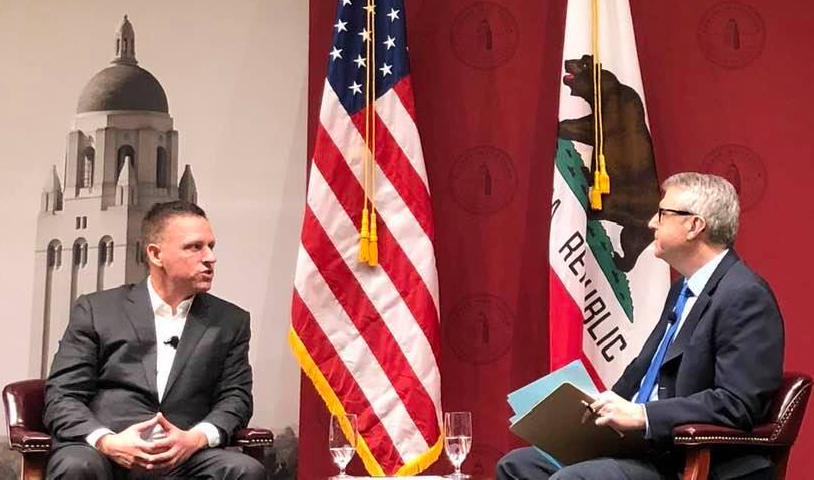