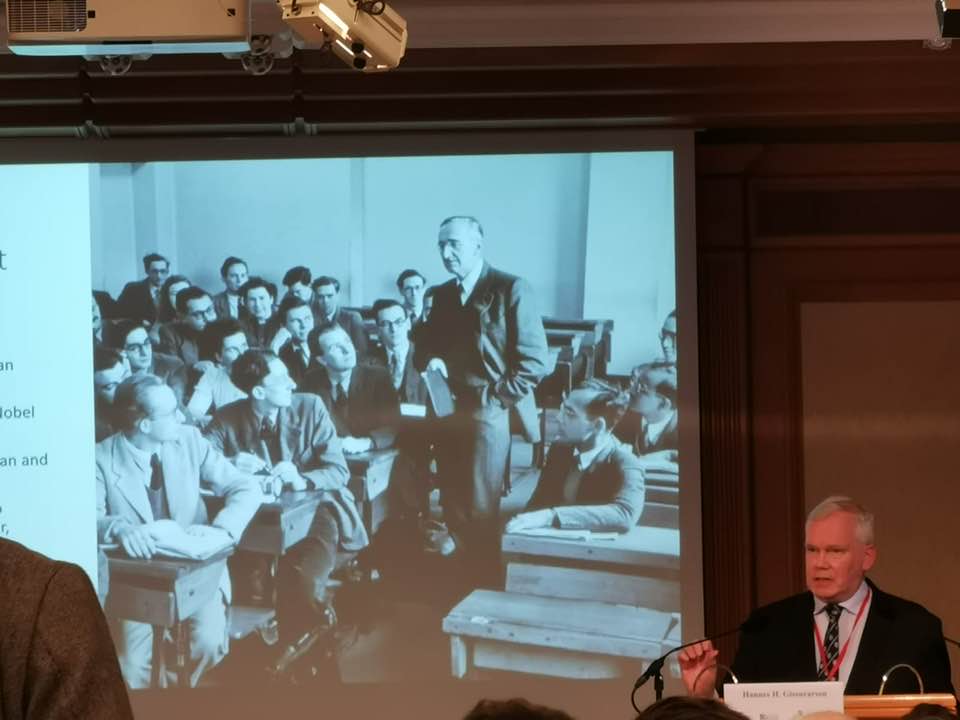 Friedrich A. von Hayek’s political position can be characterised as conservative liberalism, Professor Hannes H. Gissurarson argued in a paper at the VIIIth Conference on Austrian Economics (the School of Menger, Böhm-Bawerk, Mises and Hayek) in Vienna 13 November 2019. It is conservative in its awareness of the limitations of individual reason and in its respect for tradition. It is liberal in its acceptance and indeed celebration of a concrete historical reality, the individualistic progressive civilisation of the West, built upon liberty under the law and bringing about human flourishing, not least in the exercise of entrepreneurship. A conservative liberal political tradition combining these elements can be identified to which David Hume, Edmund Burke, Adam Smith and Lord Acton in the United Kingdom belonged, and Alexis de Tocqueville and Carl Menger on the European continent, besides von Hayek.

The strongest theoretical case for this position is provided by Menger and von Hayek, Gissurarson submitted, relying on the insights of Austrian economics. They can be interpreted as asking the ‘Kantian’ question how this progressive civilisation came into being without anyone designing it. The answer lies in spontaneous coordination, not only in the marketplace but also in the whole of society. Through the price mechanism and certain traditions such as money and the rule of law individuals can utilise much more knowledge than each and any of them possesses, while creating new knowledge in an experimental process. The free market order thus produces the mutual adjustment of different and often conflicting aims rather than the maxismisation of any one goal or value. This is an order which is purposeless without being pointless.

This research programme was outlined in Menger’s Untersuchungen, according to Gissurarson, and skilfully implemented in von Hayek’s works. With its help, conservative liberals can respond to the most persuasive arguments offered by conservatives: The free market may erode some traditions, but it also develops new traditions; it may lead to some suboptimal results, economically and morally, but within in much stronger self-corrective elements operate than in government. Again, von Hayek’s economics enables him theoretically to reject both comprehensive economic planning and extensive redistribution of income: Such planning is bound to fail because the planners cannot to a sufficient extent utilise the knowledge dispersed among individuals in society, including tacit knowledge and temporal and local knowledge. And an income distribution brought about by choices in the marketplace serves as indispensable information to individuals about where their different abilities and talents could best be utilised.

Professor Gissurarson’s paper is available on Youtube. The conference was organised by Dr. Barbara Kolm and her staff at the Austrian Economics Centre in Vienna and took place in the premises of the Austrian Central Bank of which Dr. Kolm is a Board Member. Professor Erich Weede gave a keynote speech about geopolitics and international economics, observing that peace could be facilitated by free trade no less than by fear, with special reference to China. Other speakers included Professor Robert Murphy, Dr. Veronique de Rugy and Anders Ydstedt. Writer Tom Woods and entrepreneur Richard Stephenson received the Hayek Lifetime Achievement Prize. Gissurarson’s participation formed a part of the joint project of RNH and ACRE, the Alliance of Conservatives and Reformists in Europe, on ‘Bluegreen Capitalism’.