Douglas Rasmussen: “Each man an end in himself, not only a means” 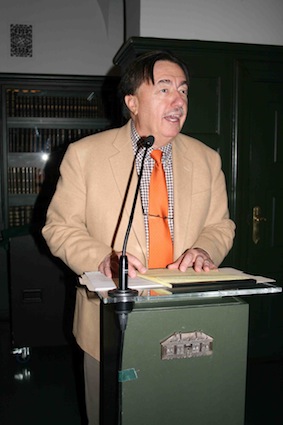 Professor Douglas Rasmussen of St. John’s University in New York gave a lecture at the House of National Culture Friday 26 October, on the occasion of the publication of Ayn Rand’s Atlas Shrugged in an Icelandic translation by Elin Gudmundsdottir. This publication was co-sponsored by RNH and AB Publishing Company. In his lecture, Rasmussen discussed the works and philosophy of Ayn Rand. According to him, Rand believed that the purpose of government was the protection of individual rights and that capitalism was neither amoral nor immoral, but a socio-economic order based on rights. She also strongly believed that each individual human being is an end in him- or herself, not a means to others, and that the aim of human life was human flourishing. In this way, Rand could be considered as a follower of Aristotle.  Rasmussen said that Rand was one of the most remarkable moral philosophers of the 20th Century, besides being a very popular novelist. 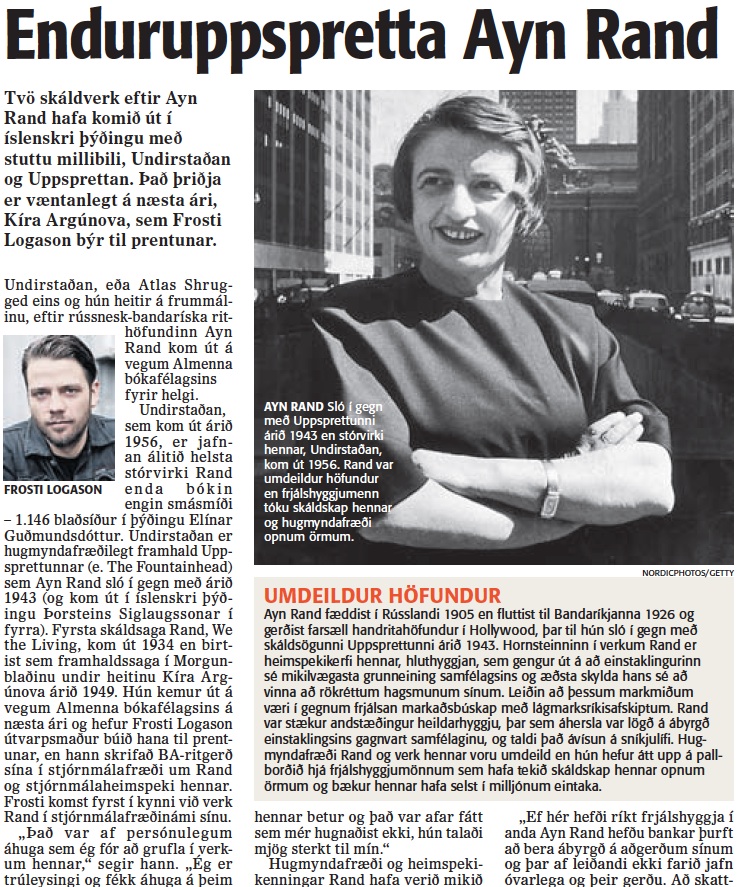 Mr. Asgeir Johannesson, chairman of the Icelandic Ayn Rand Association, introduced Professor Rasmussen and chaired the meeting. After the questions and answers, prominent Icelandic musicians gave a short concert, in the spirit of Ayn Rand, an ardent admirer of classical music. This was followed by a reception where Gisli Hauksson, chairman of the board of RNH, said a few final words. The lecture and the reception were well-attended, and a lot of copies of the Icelandic edition of Atlas Shrugged were sold. The website Andriki has published a blog on the book. The daily Frettabladid published 30 October 2012 a news item on the publication of Atlas Shrugged in Icelandic, also interviewing radio talk show Frosti Logason on Rand and her ideas. Vidskiptabladid, a business journal, published 3 November a news item on Rasmussen’s lecture. Morgunbladid published 13 November a review of Rand’s novel by journalist Helgi Vifill Juliusson. Rasmussen’s lecture can be watched here on Youtube, and Asgeir Johannesson’s opening remarks here.