Oksanen to Speak at Conference on Totalitarianism 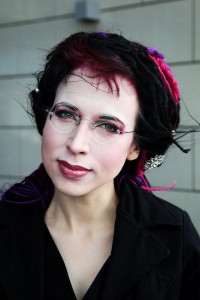 The keynote speaker at the Platform of European Memory and Conscience conference in Prague in the Czech Republic 12–13 June on „The Legacy of Totalitarianism“ is Estonian-Finnish writer Sofi Oksanen whose novels, Purge and Stalin’s Cows, have been published in Icelandic translations. Oksanen received the Nordic Council’s Literature Prize in 2010. The leader of the Crimean Tatars, Mustafa Dzhemílev, will receive the Prize of the Platform for his patient and non-violent struggle for the rights of his nation—deported by Stalin in 1944—and, during the Soviet period, for his dissident activities supporting human rights in general. The conference is under the protecton of Miluše Horská, Vice-Chairman of the Czech Senate, and takes place in the Senate building. Speakers at the conference include Daniel Herman, Czech Minister of Culture, Monica Macovei, former Romanian Justice Minister, Stéphane Courtois, editor of the Black Book of Communism, which has been published in Icelandic, and Vytautas Landsbergis, former President of Lithuania who is well known in Iceland. Dr. Hannes H. Gissurarson, Professor of Politics at the University of Iceland, represents RNH—a member of the Platform—at the conference, moderating a seminar with Landsbergis and others on the role of the European Union in reconciling the Eastern and Western parts of Europe.

Two films will be shown during the conference, Katyn, made by Andrzej Wajda in Poland in 2009 about the massacre of Polish officers, on Stalin’s orders, in the Katyn wood, and the Soviet Story made by Edvīns Šnore in Latvia in 2008, about the cooperation between Stalin and  Hitler when they divided Central and Eastern Europe up between themselves in 1939–41. Professor Gissurarson’s participation in the conference forms a part in the joint project by RNH and AECR, the Alliance of European Conservatives and Reformists, on “Europe of the Victims”.