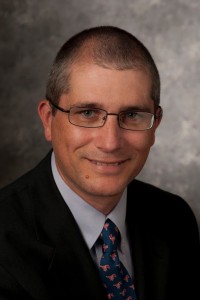 Monday 28 July 2014 marks a very important anniversary in world history. Then, one hundred years will have passed since the outbreak of the First World War, 28 July 1914, when the liberal civilization of the West almost collapsed, after which totalitarianism, national socialism and communism, could divide Central and Eastern Europe up between themselves. The century preceding the First World War was on the other hand a period of peace, economic freedom, limited government, rapid progress, sound money and the hope of a better future for hundreds of millions of people. Professor Robert Lawson, who teaches economics at the Southern Methodist University in Dallas, Texas, is one of the authors of the annual and widely-cited Economic Freedom of the World report which provides an economic freedom index for over 140 countries. Monday 28 July he will discuss how to measure economic freedom and what we can learn from doing it, at a joint meeting of RNH and the Icelandic Taxpayers’ Association in the basement of Gardastraeti 37 (the meeting room of Gamma Inc.). He will talk not least about the human dimensions of economic freedom, such as better health, increased literacy and more opportunities.