Students meet and Hannesson is honoured 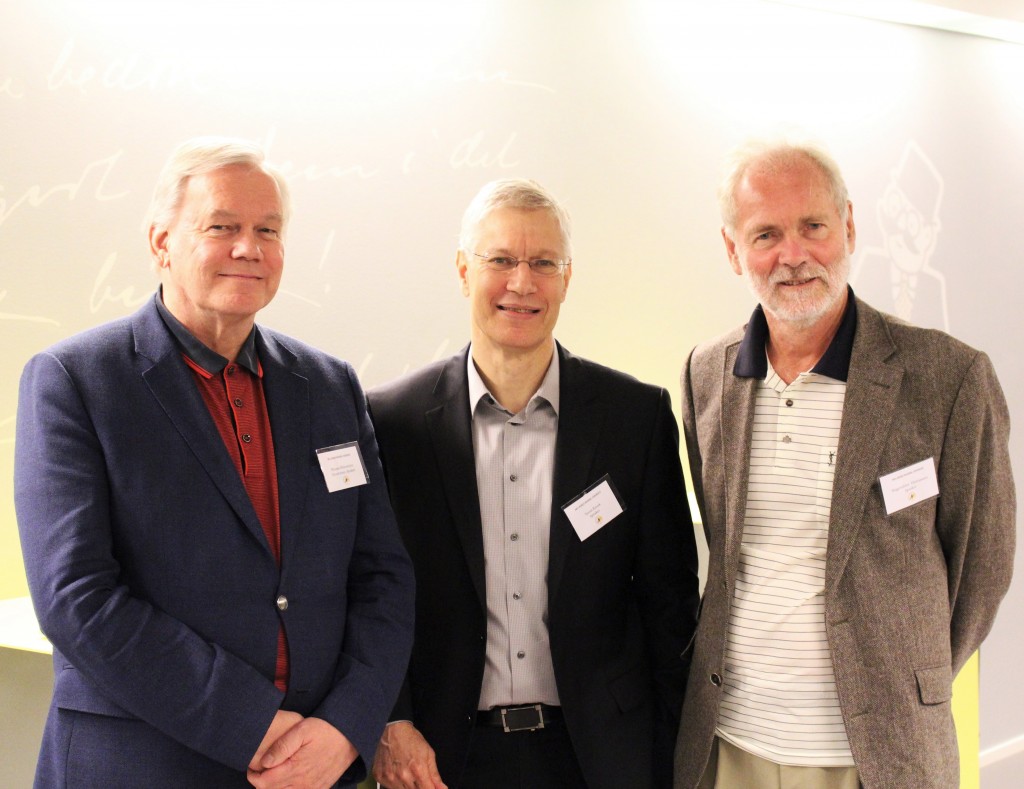 Professor Gissurarson, Dr. Yaron Brook of the Ayn Rand Institute and Professor Hannesson at the ESFL conference in Bergen 2014.

Many events are being planned by RNH and its associates in the winter of 2015–2016. European Students for Liberty, ESFL, holds a regional conference in Reykjavik Saturday 3 October, at meeting room HT-102, Haskolatorgi (University Forum), in the University of Iceland, 11–17. Speakers include Asgeir Ingvarsson, political scientist and business correspondent at Morgunbladid, Heidar Gudjonsson, economist and independent investor, Sigridur Andersen, lawyer and Independence Party MP, and Roderick T. Long, Philosophy Professor at Auburn University. A group led by law student Ingvar Smari Birgisson and economics student Thorsteinn Fridrik Halldorsson, Chairman of the Libertarian Alliance, is organising the conference. The participation of RNH in the conference forms a part of the joint project with AECR, Alliance of European Conservatives and Reformists, on “Europe, Iceland and the Future of Capitalism”.

Thursday 8 October 2015 a conference is held at the festivities hall of the University of Iceland, 16.30–18, in honour of Rognvaldur Hannesson, Professor Emeritus in resource economics at the Norwegian Business School in Bergen. The conference is sponsored by the School of Social Sciences and the Faculty of Economics at the University of Iceland, RNH, and Reason Foundation. Professor Dadi Mar Kristofersson, President of the School of Social Sciences, will introduce Professor Hannesson who will, subsequently give a keynote lecture, with short responses by Julian Morris, Research Director of US-based Reason Foundation, Professor Bengt Kriström from Sweden and others. Professor Hannesson is one of the best-known and most-respected resource economists in the world, having published around 100 papers in learned journals. Recently he published Ecofundamentalism, where he contrasts „wise-use environmentalism” which he supports to ecofundamentalism which is, in his opinion, a dangerous religion. A lengthy review of the book by Professor Hannes H. Gissurarson will soon be published in a U.S. journal. The participation of RNH in the conference forms a part of the joint project with AECR, Alliance of European Conservatives and Reformists, on “Europe, Iceland and the Future of Capitalism”.

Thursday 5 November 2015, Professor Hannes H. Gissurarson gives a public lecture on Ayn Rand’s moral defence of capitalism at 16.30 in lecture hall O-101 at the University of Iceland. The meeting is held by the Institute of Public Administration and Politics of the University of Iceland, also sponsored by RNH and forming a part of the  joint project by RNH and AECR on “Europe, Iceland and the Future of Capitalism”. The Public Book Club (Almenna bokafelagid) which cooperates with RNH, is also preparing for publication some books on history and current affairs, including works on Putin’s Russia and on totalitarian rulers of the 20th Century, Niall Ferguson’s Civilization, Richard Pipes’ Property and Freedom and possibly some classic works on liberty. RNH also continues its international operations. RNH Academic Director Hannes H. Gissurarson will give a talk at the regional conference of European Students for Liberty in Sofia in Bulgaria 17 October 2015 and attend the general meeting of the Platform of European Memory and Conscience in Wroclaw in Poland 17–19 November.