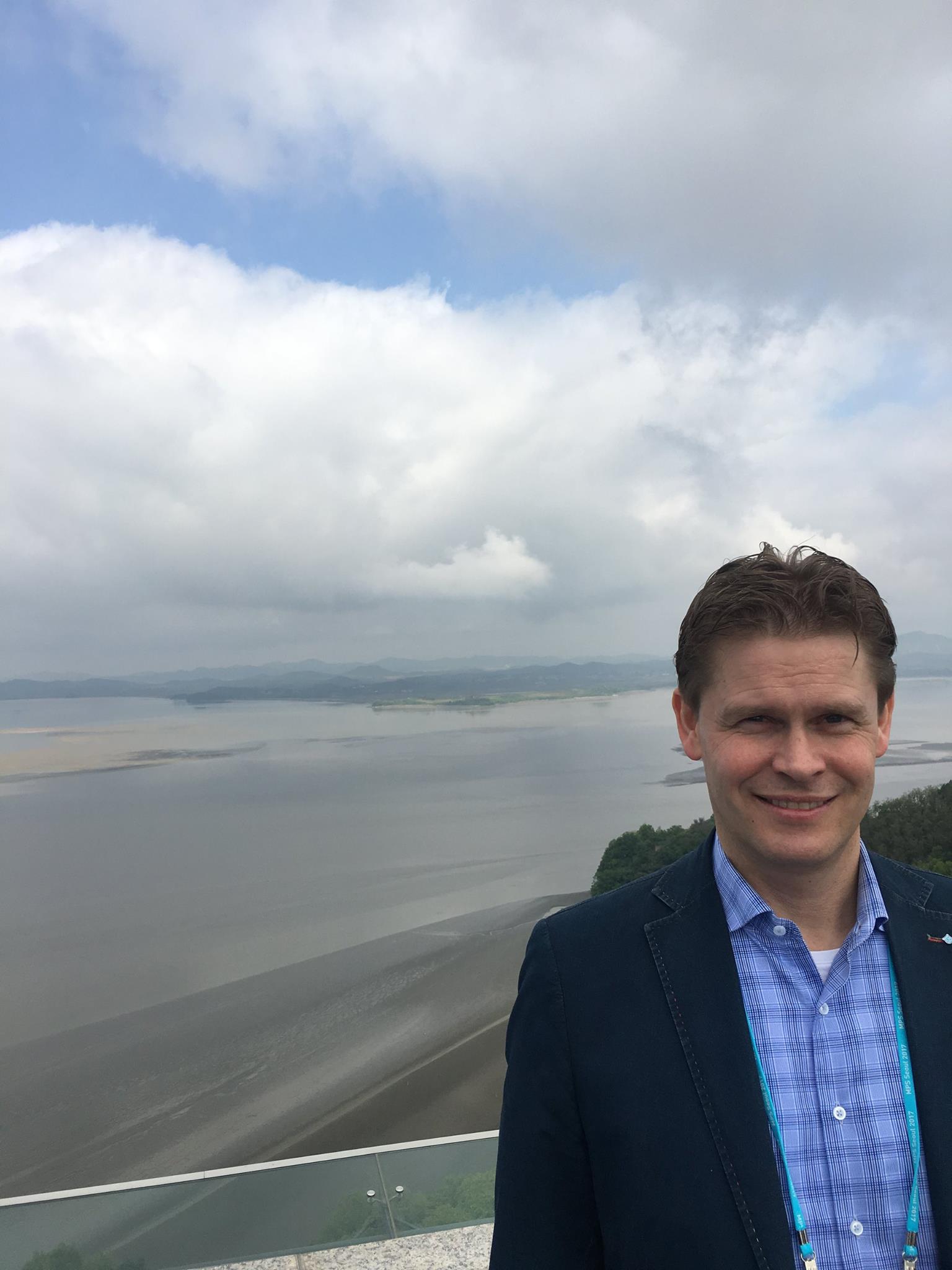 Sigurgeirsson: North Korea in the distance.

North Korea is a very strange country, but she should not be treated as a joke, because the oppression there is horrible, said Jonas Sigurgeirsson, managing director of the Public Book Club (Almenna bokafelagid) and of RNH, in an interview with the Icelandic Government Radio Station 15 August 2017. The occasion was the publication in Icelandic of a best-selling book by a young North Korean girl, Yeonmi Park, In Order to Live, which has been published in many translations around the world. The author who is only 24 years, describes her upbringing in North Korea where a famine raged in 1994–8. Her father was imprisoned for illegal trading, and Yeonmi and her mother decided to flee to China. There they fell into the hands of human traffickers, and were abused and forced into arranged marriages. Defying adverse circumstances, they managed to escape to Mongolia and eventually to reach South Korea. Yeonmi Park is now a student at Columbia University in New York and has recently married.

In the radio interview, Sigurgeirsson also gave an account of his trip in May 2017 to South Korea where he attended a meeting of the Mont Pèlerin Society, an international society of liberal scholars, opinion makers and businessmen. One day he and other participants went to, or rather crawled under, North Korea through a tunnel which the North Koreans had dug into South Korea for their spies and agents to sneak in. The difference in living standards between North and South Korea is beyond belief, Sigurgeirsson commented. The publication of Park’s book forms a part of the joint project by RNH and ACRE, the Alliance of Conservatives and Reformists in Europe, on “Europe of the Victims: The Memory of Communism”.