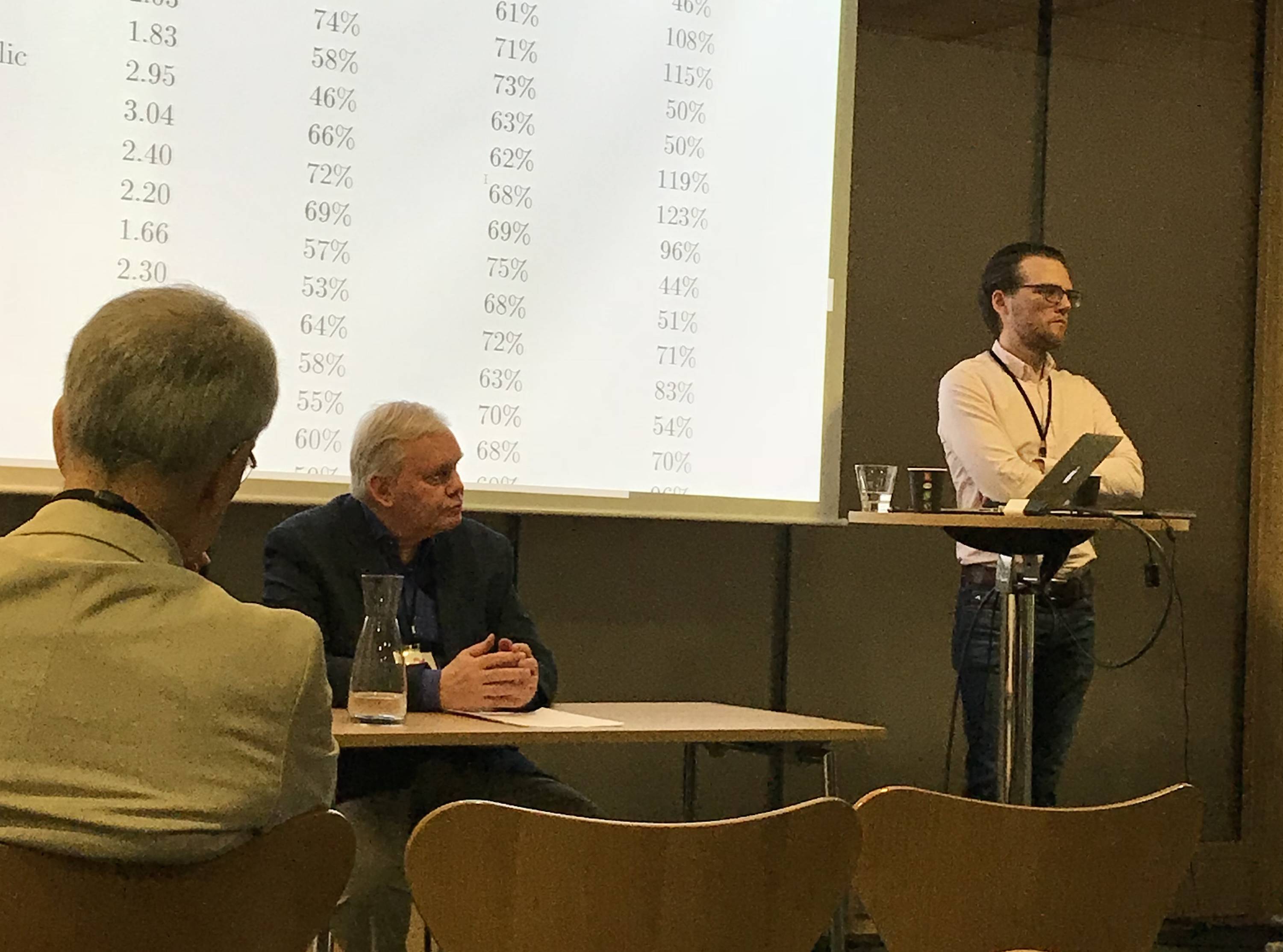 A lively discussion on liberal principles and modern challenges took place at the special meeting of the Mont Pelerin Society in Stockholm 2–5 November 2017. The ideas discussed (and not necessarily endorsed by all) included: Liberalism is in essence cosmopolitanism; through toleration and non-intervention, it aims at peace among nations and peace among the citizens of any particular state. Populists seek not to limit government, like liberals, but rather to put themselves in power. Research shows that the support for populism is caused more by a cultural backlash than from economic considerations. Populism opposes the elites that enjoy government protection. It poses Main Street against Wall Street. If I tell you to go to Las Vegas and play, where you will keep all the profits and I shall bear all the losses, then you are eventually going to lose everyting; substitute Wall Street for Las Vegas, and then you get an explanation for the 2007–9 international financial crisis and for some present discontents. Populism may derive from a sense that the system is in some ways rigged. While thus populism may rest on understandable grievances, it threatens the rule of law and civility in discourse. Perhaps the most successful populist in power is Russian leader Vladimir Putin who has captured the government apparatus in his country and amassed enormous riches.

Liberals support liberty, not power. Modern statistics may underestimate the immense improvement in living standards brought about by technical innovations: The richest man in the world at the time, Nathan Mayer Rothschild, died in 1836 of an infected abscess, easily treatable today. More available light and heat has transformed the lives of many for the better. And liberals have to stand together, at least in some issues. The day after a Danish newspaper was condemned by radical islamists for publishing cartoons of Mohammad the Prophet, all newspapers in the Western world should have reprinted them.

The Mont Pelerin Society was founded in 1947 by Friedrich A. von Hayek, Milton Friedman, Ludwig von Mises, George J. Stigler, Luigi Einaudi, Karl Popper and other eminent liberal scholars and thinkers as a forum to discuss and develop liberal ideas in the classical sense, in the tradition of John Locke, Adam Smith, Alexis de Tocqueville and Lord Acton. Speakers at the MPS conference in Stockholm included Karen Horn, Deirdre McCloskey, Mark Pennington, Lotta Stern, Luigi Zingales, Johan Norberg and Anders Åslund. The main organiser of the conference was Dr. Nils Karlson of Ratio Institute. RNH Academic Director Professor Hannes H. Gissurarson chaired a meeting where young scholars presented their research, both on the break-up of old and publicly protected monopolies by entrepreneurs and on the theory and practice of the Laffer Curve. Two other Icelanders attended the meeting, Economics Professor Birgir Thor Runolfsson of the University of Iceland and journalist Gisli Freyr Valdorsson, editor of Thjodmal. Gissurarson’s participation in the meeting formed a part of RNH’s joint project with ACRE, the Alliance of Conservatives and Reformists in Europe.