Norberg: Many Reasons for Optimism 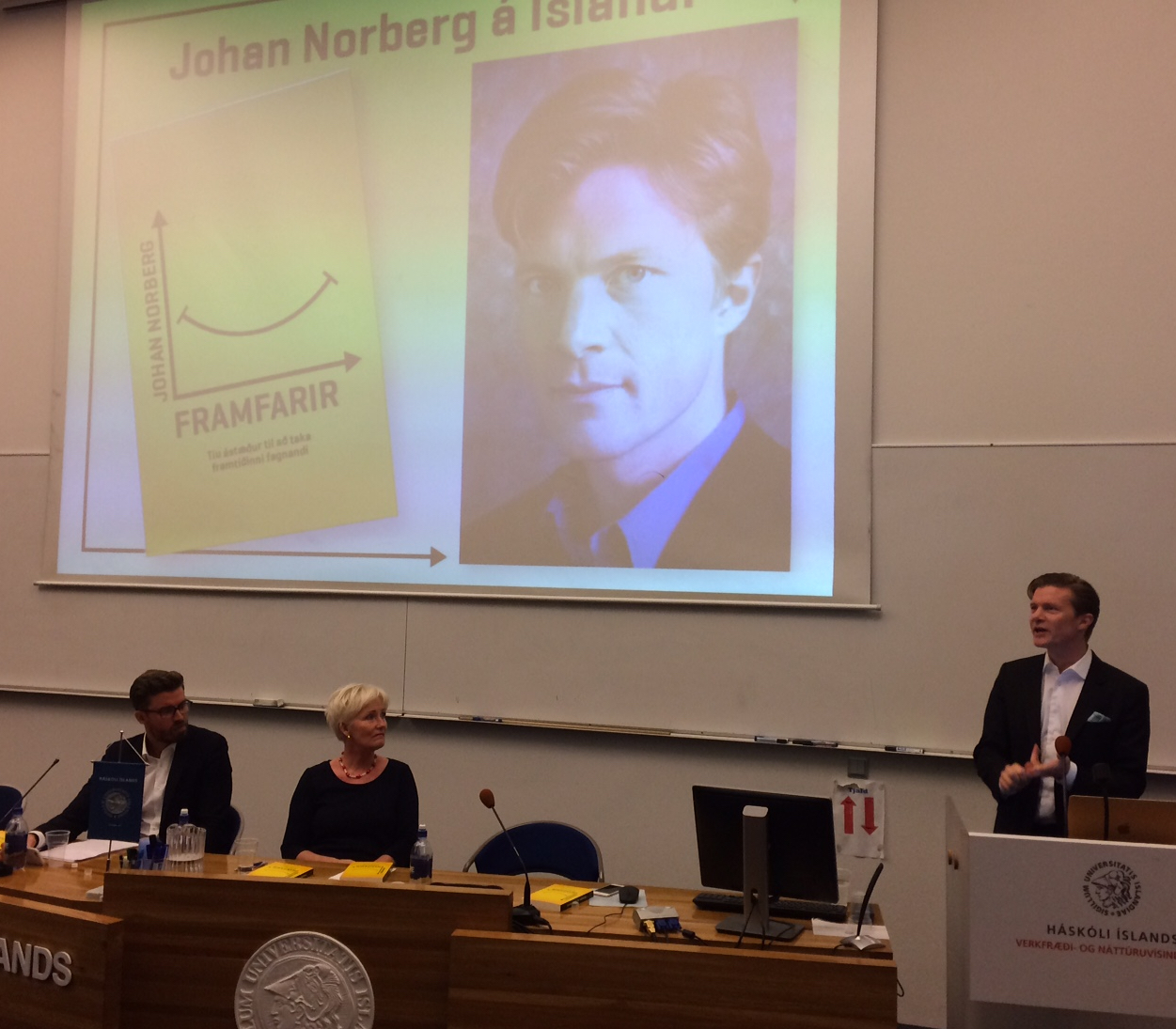 There are many reasons why we should look forward to the future, Swedish historian and television personality Johan Norberg said at a meeting organised by the Institute of Public Administration and Politics at the University of Iceland, the Public Book Club (Almenna bokafelagid) and RNH 23 October. Norberg introduced his new book, Progress, which was published the same day in Elin Gudmundsdottir’s translation by the Public Book Club in cooperation with asset management company Gamma. Norberg observed that poverty had been greatly reduced, not least because of increased free trade. Equality had also increased as a result of hundreds of millions of Chinese and Indians migrating into relative affluence. It was actually good if people worried about inequality because in the past almost all had been equally poor. Norberg pointed out that public health had improved immensely, while the crime rate had gone down and warfare become less common. Innovations in science and technology also made it possible to improve the environment and prepare against natural disasters.

Journalist Thorbjorn Thordarson was the commentator. He said that the system of free trade had many committed opponents and that some felt left out, and that this might explain the breakthrough of chauvinistic populism in the West. Norberg agreed, but remarked that it was important to facilitate flexibility in the economy. It was wiser to support adjustment and training rather than continuing unemployment. Professor Stefania Oskarsdottir chaired the meeting, with a lively discussion following Norberg’s talk and Thordarson’s comments. Professor Hannes H. Gissurarson observed that global economic integration was making political disintegration possible, in the sense that with international free trade small countries could benefit from the division of labour. Nationalism, properly understood as an awareness and acceptance of one’s national identity, was compatible with cosmopolitan liberalism. It should be clearly distinguished from chauvinism. An interview with Norberg was broadcast on Station Two 24 October, and both Morgunbladid and Vidskiptabladid reported on the meeting. Gisli Hauksson, RNH Chairman of the Board, wrote an article on Norberg’s message in Frettabladid 25 October. RNH’s support for the publication of Norberg’s book and the meeting with him formed a part of the  joint project with ACRE, the Alliance of Conservatives and Reformists in Europe, on “Europe, Iceland and the Future of Capitalism”. 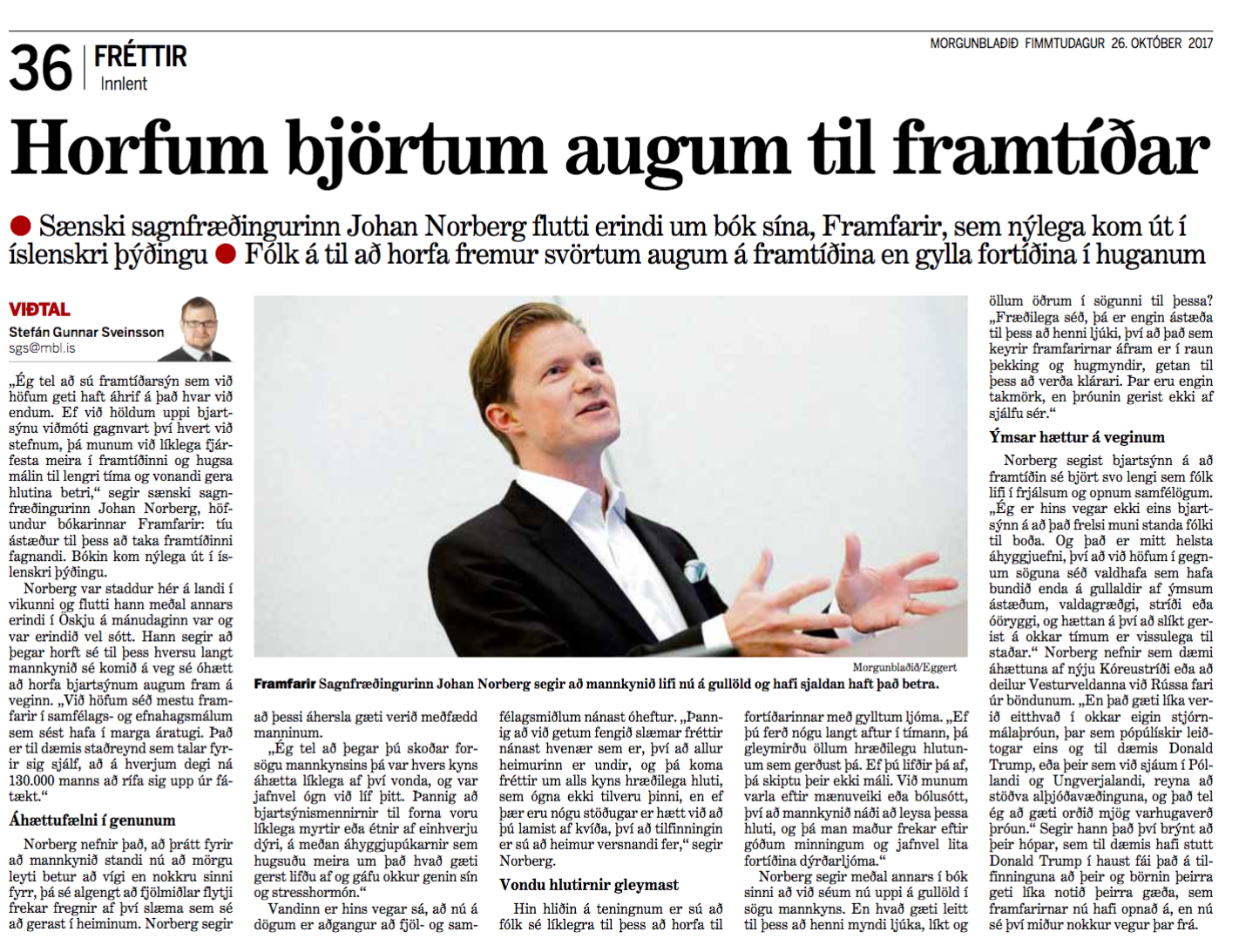