The Platform for Memory and Conscience held its annual general meeting in Bled in Slovenia 15 November 2018. On behalf of RNH, Professor Hannes H. Gissurarson attended. Prior to the annual meeting, an international conference on “The Dark Side of the Moon” took place in Ljubljana 13–14 November, about the memories of the nations in Central and Eastern Europe oppressed by communism after the Second World War, only regaining their freedom in 1989–1991. At the Ljubljana conference, Gissurarson gave a lecture on the voices of the victims, proceeding from Elie Wiesel’s observation, that the executioner always kills twice, the second time by silence. Gissurarson lamented the fact that communism was generally not condemned as clearly as Nazism, even if there was ample reason to do so, bearing in mind man-made famines, mass executions, deportations of nationalities, operation of slave camps, terror and squalor. 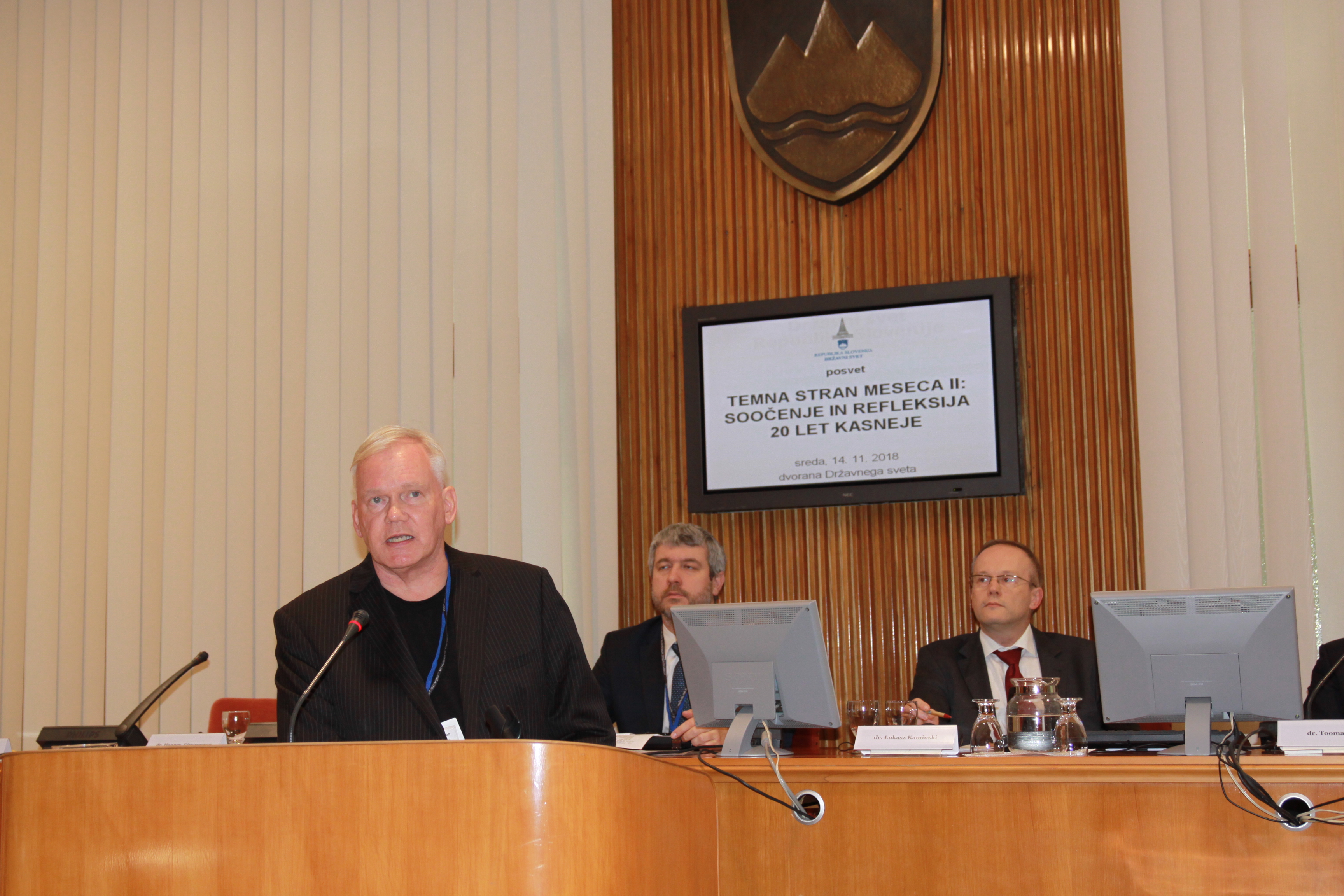 Gissurarson described six ways to break the silence, to bring light to the dark side of the moon. 1) Universities, especially faculties of humanities and social science, had been captured by the hard left. Therefore, independent institutes had to provide opportunities for anti-totalitarian scholars to pursue their studies. 2) It had to be ensured that students in publicly-funded schools received proper information about the historical crimes of all totalitarians, communists as well as Nazis. For example it had to be recalled that Stalin had been Hitler’s ally in the first two years of the Second World War. 3) Memorials about the victims and Museums on totalitarian terror had to be established and maintained. 4) All public recognition of people guilty of totalitarian crimes had to be withdrawn, such as statues, street names, medals and other honours. T-shirts of Che Guevara were just as inappropriate as of Himmler. 5) Conferences and seminar had to be held regularly to make available new research on totalitarianism, for example the remarkable new light thrown on the terror regime of the Chinese communists in Frank Dikötter’s recent trilogy, and the path-breaking Black Book of Communism, published in 1997.

The seventh way of breaking the silence about and of the victims was to make relevant but out-of-print works on totalitarianism accessible, as the Public Book Club (AB) was doing in Iceland with its series about the history of communism. Already ten books had been reprinted in the series, including Essays on Communism by Bertrand Russell, Baltic Eclipse by Ants Oras, and I Chose Freedom by Victor Kravchenko. Gissurarson said that three books would be published in the series in the near future: The Future of the Small Nations, by Norwegian poet Arnulf Øverland, The God that Failed, by six prominent intellectuals, including Arthur Koestler, André Gide and Ignazio Silone, and In Defence of Western Civilisation: Speeches by Seven Writers in 1950–8, the authors being poet Tomas Gudmundsson, novelist Gunnar Gunnarsson, novelist Kristmann Gudmundsson, the Rev. Sigurdur Palsson, novelist Gudmundur G. Hagalin, poet the Rev. Sigurdur Einarsson, and poet David Stefansson. History sometimes reduced people to numbers. Our task was, professor Gissurarson said, to turn numbers into people.

The Ljubljana conference was held in Parliamentary House in the city centre. Slovenia’s President, Borut Pahor, and the Speaker of the Slovenian Parliament, Alojz Kovšca, addressed the conference, which was also attended by former Prime Minister Janez Janša and the ambassadors of Ukraine and Poland to Slovenia. At the annual meeting in Bled, Professor Łukasz Kamiński from Poland was re-elected President, and also the members of the Executive Board, Dr. Andreja Valič Zver from Slovenia, Dr. Wolfgang-Christian Fuchs from Germany, Dr. Toomas Hiio from Estonia and Zsolt Szilágyi  from Hungary. Peter Rendek was hired as executive director, replacing dr. Neela Winkelmann. Gissurarson’s lecture formed a part of the joint project of RNH and ACRE, Alliance of Conservatives and Reformists in Europe, on “Europe of the Victims”. 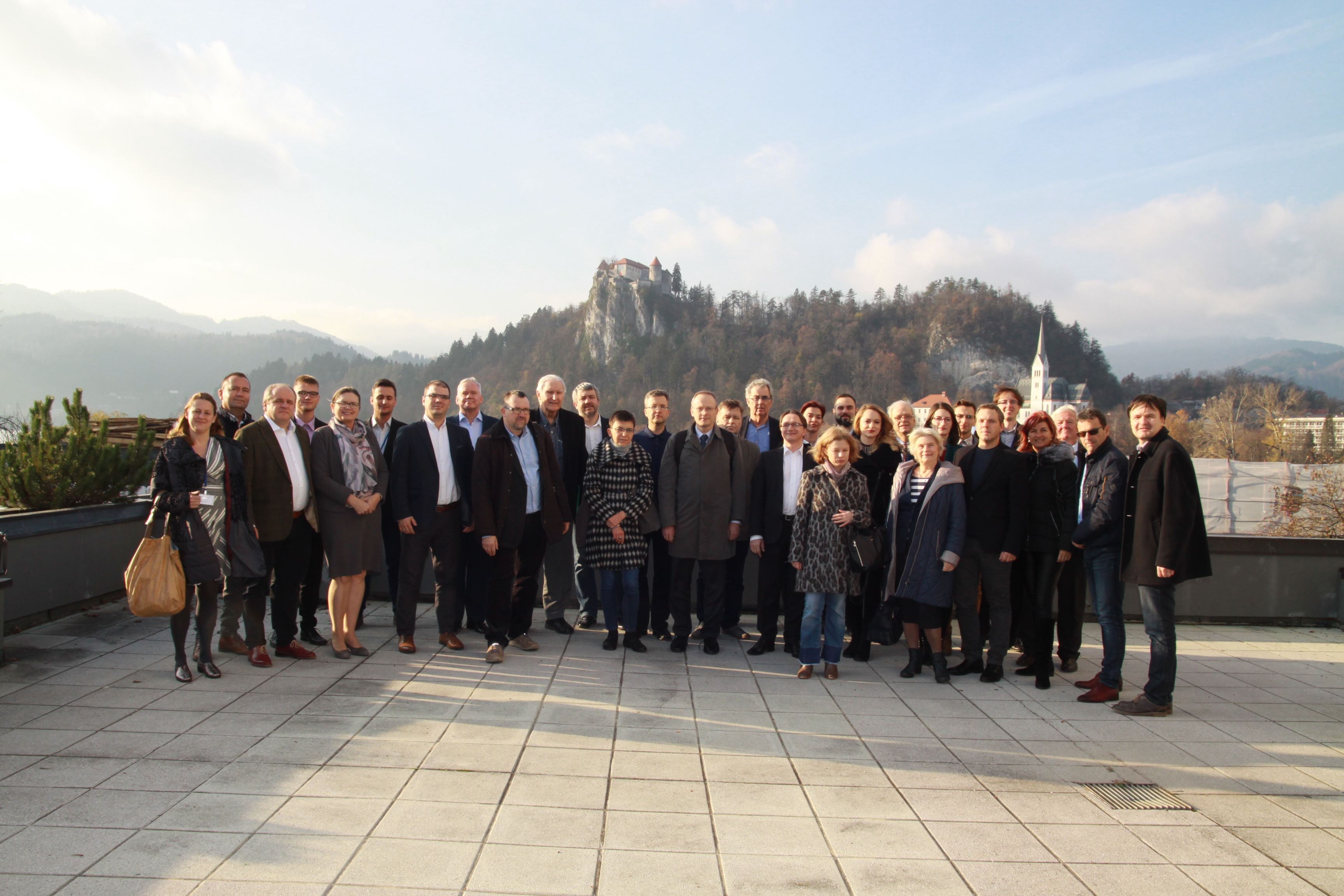