Gissurarson: Conflict Between Groups, Not Man and Nature 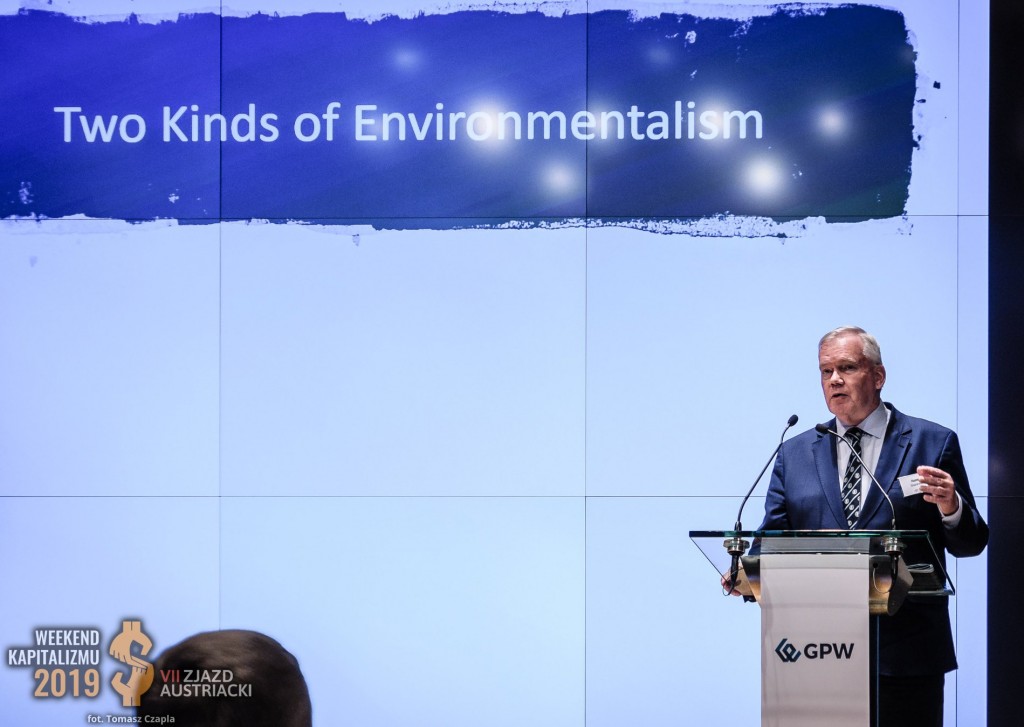 A distinction has to be made between wise-use environmentalism and ecofundamentalism, Professor Hannes H. Gissurarson, RNH Academic Director, argued in a paper on green capitalism at the conference Weekend Capitalism in Warsaw 23–24 November 2019. Wise-use environmentalists want to utilise natural resources efficiently and therefore seek to reduce environmental damage such as pollution and overfishing. One of the most effective ways to do so, according to them, is to define private property rights (or exclusive use rights) to natural resources, thus appointing stewards, custodians or guardians. Protection requires protectors. Ecofundamentalists on the other hand believe that man and nature are in conflict and that the environment has independent rights against man.

Gissurarson pointed out that environmental conflicts are usually not between man and nature, but rather between different groups. One example was the whale in Icelandic waters. One group wanted to harvest it and eat it. Another group wanted to preserve it, even if whale stocks in the Icelandic waters are quite robust. For them, whales seem to be like sacred cows under Hinduism. Whales, however, eat more than six million tonnes of seafood in the Icelandic waters, including small fishes. The Icelanders, in contrast, only harvest a little more than a million tonne of fish. The demand by whale preservationists is therefore in fact that the Icelanders feed the whale for them withouth themselves being able to utilise it. They are like the insolent farmer who drives his cattle to his neighbour’s meadows, expecting him to feed them.

Another example analysed by Gissurarson was the rainforest in the Amazon. Ecofundamentalists wants to preserve it intact. The arguments for this are not strong, however, Gissurarson said. It is not correct that the rainforest produces a lot of oxygen, and biological diversity could be maintained in a much smaller area than the rainforest occupies at present. But let us assume that the arguments hold and that the Amazon forest is critical to man’s existence on earth. Then of course the rest of the world’s population should pay the Brazilians for maintaining the forest.

Weekend Capitalism was organised by Tomek Kołodziejczuk for The Centre of Capitalism and for the Mises Institute Poland. It took place at the Warsaw Stock Market, and was sold out. The Freedom Lounge, a libertarian bar close to the Stock Market, in the former headquarters of the Polish Communist Party, was open in the evenings, offering cocktails with the names of libertarian and conservative activists. Gissurarson used the opportunity in Warsaw to see two old friends, Dr. Pawel Ukielski, Deputy Director of the Museum of the 1944 Rising, and Professor Leszek Balcerowicz, former Finance Minister and Governor of Poland’s Central Bank and the main author of the plan by which Poland escaped from the quagmire of socialism. Gissurarson’s participation in the conference formed a part of the joint project by RNH and ACRE, the Alliance of Conservatives and Reformists in Europe, about ‘Bluegreen Capitalism’.