RNH Academic Director, Professor Hannes H. Gissurarson, met with the President of Iceland, Dr. Gudni Th. Johannesson, at his residence, Bessastadir, on 30 March 2021 and gave him a copy of his recent 884 pages book, Twenty-Four Conservative-Liberal Thinkers, published by the Brussels think tank New Direction in two volumes. The book is also available free of charge online. Of the thinkers included two are Nordic, Snorri Sturluson and Anders Chydenius. Gissurarson was personally acquainted with five of the thinkers, Friedrich von Hayek, Karl R. Popper, Milton Friedman, James M. Buchanan, and Robert Nozick. Afterwards, Gissurarson and the President had a long chat on history. Before he was elected President, Dr. Johannesson, a professional historian, participated in some RNH events: for example, he chaired a lecture given in 2012 by Professor Bent Jensen on Nordic communism, and he read a paper on new evidence on the 2008 bank collapse at a seminar in 2015. 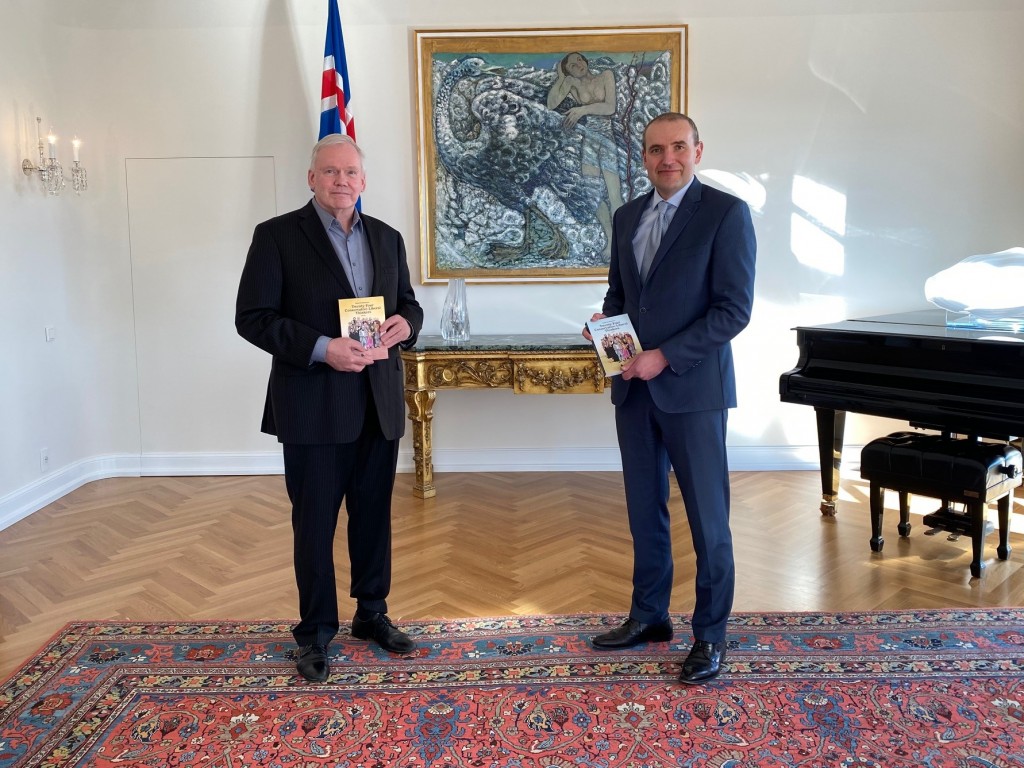