Newspaper Interviews on a New Book 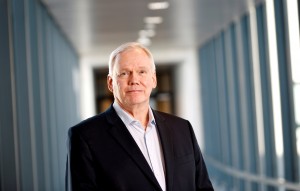 The three largest newspapers in Iceland have all published interviews with Professor Hannes H. Gissurarson, RNH Academic Director, on the occasion of his new book, Twenty-Four Conservative-Liberal Thinkers, being published by the think tank New Direction in Brussels in two volumes at the end of 2020. In the online journal Visir on 27 March 2021, Gissurarson said that the distinction between avarice and enlightened self-interest was morally crucial, but that the magic of the market, demonstrated by Adam Smith, was to harness both sentiments for the common good. The publisher of his book was connected to the European conservative and reformist parties, but it should be recalled that many of the thinkers in the book had been politically active. Snorri Sturluson served as Iceland’s Lawspeaker for a long period; Edmund Burke was a member of the British House of Commons; Benjamin Constant, Frédéric Bastiat and Alexis de Tocqueville were all members of the French legislative assembly, and Tocqueville served for a while as Foreign Minister; Lord Acton was an adviser to Gladstone; Carl Menger was a member of the Upper Chamber of the Austrian Parliament; Wilhelm Röpke was an adviser to Adenauer and Erhard; and both Friedrich von Hayek and Milton Friedman were advisers to Thatcher and Reagan. Other thinkers had however preferred the tranquillity of monasteries or universities, trying to understand rather than to change the world. Gissurarson categorically rejected the common assertion that the 2007–9 financial crisis had sounded the death knell for conservative liberalism or ‘neoliberalism’. Indeed, Hayek’s interpretation of economic crises, that they were usually caused by a prior monetary expansion, seemed appropriate in this case; and the worldwide response to the crisis was to provide banks with liquidity, whereas Friedman’s main criticism of the United States Federal Reserve Board during the Great Depression had been its failure to do so.

In Frettabladid on 30 March, Gissurarson defined a conservative liberal as someone who wanted to conserve liberty as the hard-won product of Western civilisation while recognising that in principle it could be extended to and enjoyed by all. He mentioned that he had been personally acquainted with five of the thinkers in the book, Hayek, Karl R. Popper, Friedman, James M. Buchanan and Robert Nozick. They had all been impressive personalities. In particular, Friedman had been witty and lively. Gissurarson added that he felt Snorri Sturluson and St. Thomas Aquinas both belonged in this group, even if conservative liberalism as a political position really only began to emerge with the Glorious Revolution of 1688 in the United Kingdom. Both Snorri and Aquinas had advocated limited government, the former with reference to the old German tradition of consent, the latter by applying the concept of natural law.

In Morgunbladid on 31 March, Gissurarson recalled that he had thirty-five years earlier written his doctoral dissertation at Oxford on Hayek’s conservative liberalism. He had since then modified his views in two ways. First, he was now more sympathetic than some thinkers in the liberal tradition to the idea of nationality, the respect for one’s cultural heritage and the will of a nation to build her own state, as did the Norwegians in 1905, the Finns in 1917 and the Icelanders and the three Baltic nations in 1918. Secondly, he felt even stronger than before that political reforms should facilitate the mutual adjustments of individuals, instead of imposing upon them designs from above. Conservative liberals wanted evolution, not revolution. Gissurarson said that conservative liberalism did not depend on a utilitarian calculus. Man was a choosing agent, not a maximising machine, and there was more to life than material goods. A competitive economy was necessary, but not sufficient. What was also required was honesty, hard work, thriftiness, prudence, civility, punctuality and other traditional virtues. Life had to provide continuity and some predictability, at the same time as it should produce challenges and reward creativity. Thus, within the conservative-liberal tradition there was a fruitful tension between tradition and innovation. Gissurarson stressed that mankind had never had it so good as today, because of freedom, but that hopefully modern man would not only come to appreciate it if he, or she, lost it.