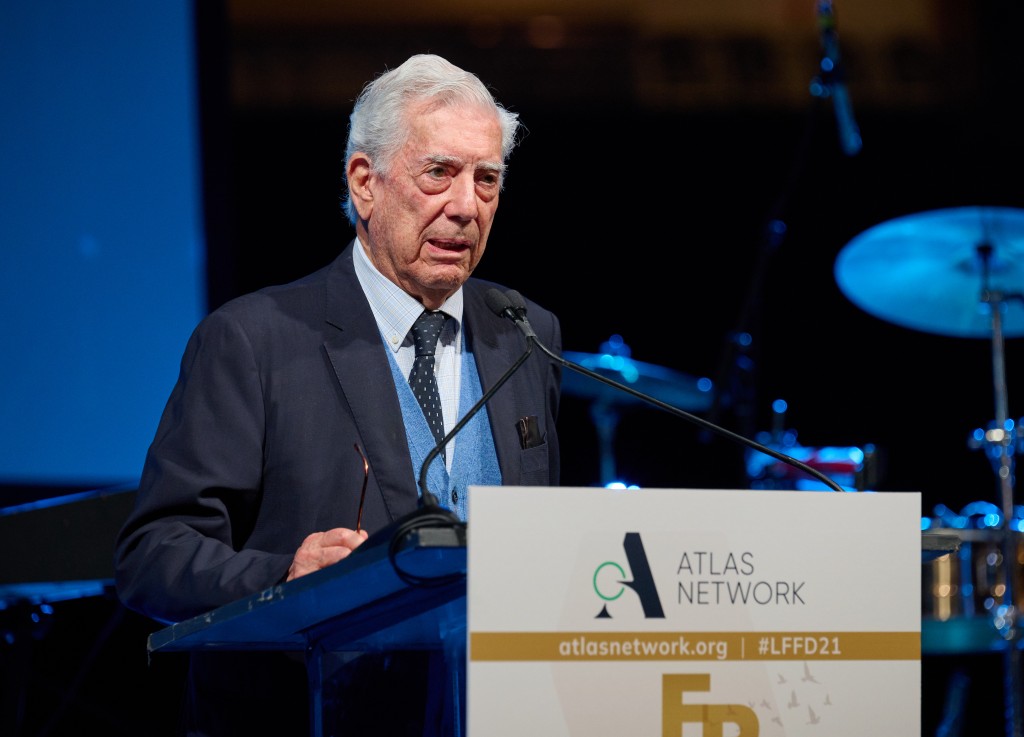 Three Icelanders attended the 2021 Freedom Dinner in Miami 14 December, organised by Atlas Network: RNH academic director Hannes H. Gissurarson, and young activists Magnus Orn Gunnarsson and David Snaer Jonsson. At the dinner, Mario Vargas Llosa, the 2010 Nobel Laureate in Literature, presented a prize for young journalists to Carla Gloria Colomé, for an article on ‘The Eleventh of July in San Antonio de los Baños’. What happened in July 2021 was that in San Antonio de los Baños, near Havana, and in some other places Cubans suddenly coordinated their actions online and took to the streets, demonstrating against the authoritarian regime of the Castro brothers which has turned Cuba into one of the poorest countries in Latin America. The protesters chanted the slogan ‘Patria y Vida’ made famous in a song under the same name by Cuban rapper Yotuel. While the Cuban government used massive force in suppressing the protests, arresting about 700 people and for a while shutting down the internet, it was remarkable, as Colomé notes in her article, that suddenly people were fearless of their oppressors who have lost all credibility. This might be the beginning of the end. At the Freedom Dinner, Yotuel sang his song.

This year, the Templeton Freedom Award went to India’s Centre for Civil Society, based in New Delhi. This award, $100,000, was made possible by the legendary investor and philanthropist Sir John Templeton. The Centre for Civil Society, representated in Miami by Prashant Narang, received the Award for its work to protect and expand the rights and opportunities of India’s more than thirty million street vendors. Often harassed by local authorities, they offer indispensable services, with many of them being true entrepreneurs.

The 2021 Sir Antony Fisher Achievement Award went to Dr. Tom G. Palmer, Vice President for International Programmes at Atlas Network, for his tireless efforts in the cause of liberty, by countless trips to all corners of the world (including Iceland), lectures, interviews, articles, and the publication and translation of books. In his acceptance speech he said: ‘When we argue for liberty, we should seek, not to crush, defeat, humiliate, or destroy enemies, but to win friends for liberty. The best victory in an argument is not when you hurt the other, but when you hear the other person repeat your arguments six months—or six years—later.’