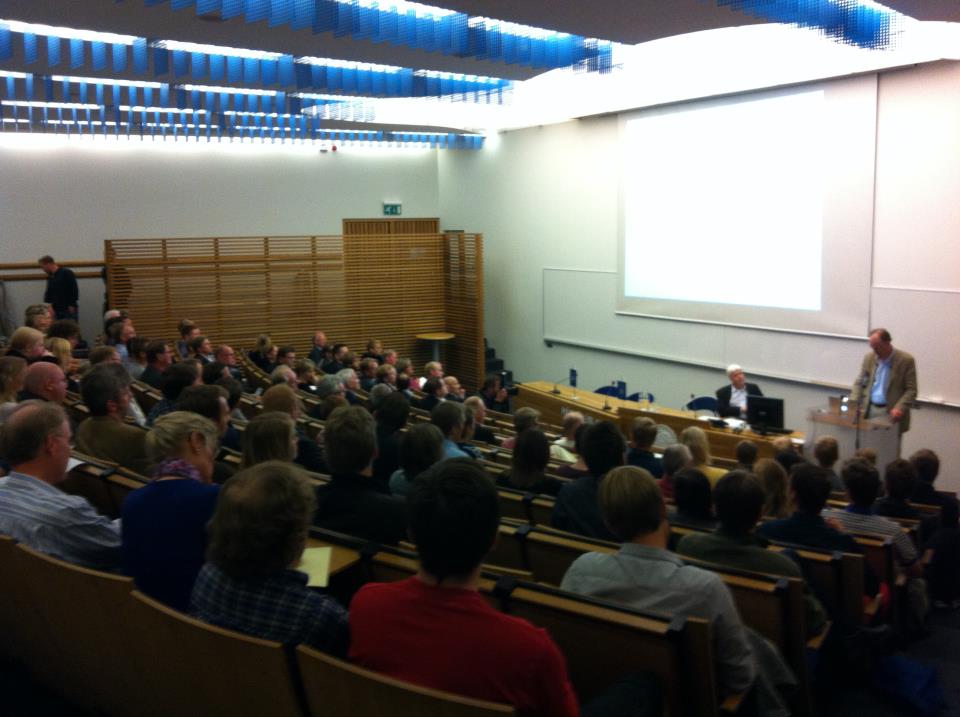 Dr. Matthew Ridley, former science editor of The Economist, and the author of many best-selling books on science, especially genetics, gave a lecture at The University of Iceland 27 July 2012 on Rational Optimism. The meeting was jointly held by RNH and the Institute of Public Administration and Politics at the University of Iceland, and is a part of a series of lectures on “Europe, Iceland and the Future of Capitalism”, organised in cooperation with AECR, the Alliance of European Conservatives and Reformists. Ridley emphasised how much progress had been made in the last few hundred years, and traced it back to man’s capacity to exchange goods and services and thus to avail himself of more knowledge than he possessed himself. A system of free exchange, catallaxy, as F. A. Hayek calls it, has developed to the benefit of all.

Ridley’s lecture was well attended and generated much publicity. Vidskiptabladid gave an account of Ridley’s debate with Bill Gates on global warming and African development 26 July, and Morgunbladid published an interview with Ridley 27 July, an account of the lecture 30 July, and an editorial on Ridley’s message the same day. The website visir.is published an article about Ridley 29 July, based on an interview by the television station Stod tvo, for its Sunday Show 29 July. Almenna bokafelagid decided to have Ridley’s book, The Rational Optimist, translated into Icelandic, to be published in the spring of 2014. Ridley’s lecture is available here on Youtube.