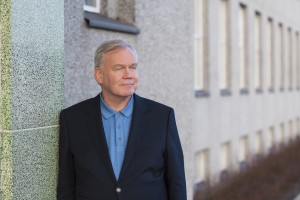 Friday 25th October 2013 will see the 14th annual conference on the social sciences, held at the University of Iceland. The conference is called “Thjodarspegillinn”, The Mirror of the Nation, and it is an opportunity for researchers in the social sciences to present their findings. At a seminar in Haskolatorg, HT-101, 9–10.45, Professor Hannes H. Gissurarson will deliver a paper on “Explanations of the Icelandic Bank Collapse.” He will argue that the explanation for the collapse offered by Ha-Joon Chang, Robert Wade and Sigurbjorg Sigurgeirsdottir, amongst others—that it was an example of a failed “neo-liberal” experiment—is not backed up by sufficient evidence. According to Gissurarson, the evidence strongly suggests a fundamental change occurring in the Icelandic economy in 2004 and one of the three main business groups being mostly responsible for the sudden and indeed enormous credit expansion in the following years, until the bank collapse. Gissurarson will also discuss the foreign aspects of the collapse, such as crucial decisions made by the U.S. Federal Reserve System and the British Financial Supervisory Authority, but most importantly by the British Labour government. His paper is a part of the joint AECR-RNH project on “Europe, Iceland and the Future of Capitalism.”

At a seminar in the main building of the University, room 220, 11–12.45, Professor Gissurarson will then, with one of his students, Helena Ros Sturludottir, present another paper, “Different Nations, Shared Experiences: The Baltic Countries and Iceland.” He will discuss the relationship between Iceland and the Baltic countries when they were occupied by the Nazis and the communists and the treatment of the history of those countries in Icelandic textbooks. He will describe the lecture tour on Soviet Russia which the Latvian Jewess Liba Fridland undertook in Iceland in 1923, the debate between the Lithuanian refugee Teodoras Bieliackanas and Icelandic socialists in 1946, Icelandic publications about the fate of the Baltic nations under communism, and the visits to Iceland by the Estonians Dr. August Rei and Johannes (Ivan) Käbin. Gissurarson’s and Sturludottir’s paper is a part of the joint AECR-RNH project on “Europe of the Victims: Remembering Communism”. The research on it was conducted in cooperation with Unitas Foundation in Estonia and the Occupation Museum Association of Latvia which are working together on a EU-supported project, “Different Nations — Shared Experiences.” Both seminars are open to the public, and admission is free.