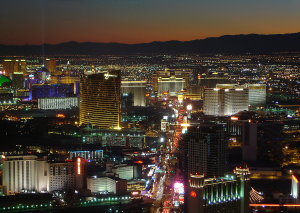 Some left-wing commentators assert that the 2008 Icelandic bank collapse was caused by a failed attempt in the preceding years to implement “neoliberalism” in Iceland. Professor Hannes H. Gissurarson rejected that explanation in a lecture at the annual meeting of APEE, Association of Private Enterprise Association, in Las Vegas 14 April 2014. That explanation, according to Gissurarson, was incompatible with two undisputed facts. First, the Icelandic financial market was subject to the same legal and regulatory framework as its counterparts in other member-states of the EEA, European Economic Area, comprised of all the EU countries, Norway, Iceland and Liechtenstein. In the second place, the credit expansion of the Icelandic banks, ultimately leading to their downfall, had only seriously begun in 2004, when in Iceland crony capitalism had replaced market capitalism (or “neoliberalism”). Gissurarson added that ironically, however, there was a grain of truth in the assertion that “neoliberalism” had caused the bank collapse. Iceland had indeed gained a good reputation as a result of the sound economic policies of the 1991–2004 period, when public subsidies to loss-making private enterprises were cancelled, taxes greatly reduced, public companies privatised, pension funds strengthened and the public debt brought down, while inflation fell to the same level as in neighbouring countries. Because of this hard-earned good reputation, in the mid-2000s Icelandic banks and other private enterprises enjoyed high credit ratings, giving them an almost unlimited access to cheap credit from abroad which they used to grow at an astonishing rate, far beyond what the Icelandic state was able to support in a case of crisis. “No good deed goes unpunished,” Professor Gissurarson observed.

In Iceland, two systemic risks were therefore found in addition to the general risk under which banks normally operate in international financial markets. Because of the 2004–8 crony capitalism, many Icelandic companies were debt-ridden and excessively dependent on one another, with extensive cross-ownership. Moreover, the banks’ field of operations, the whole of EEA, was vastly bigger than what turned out to be their field of institutional support, Iceland alone. When the international financial crisis reached its peak in the autumn of 2008, no one came to the assistance of Iceland. The US Federal Reserve System refused to make dollar swap deals with the Icelandic central bank similar to those which it made with the central banks of Norway, Sweden, Denmark and Switzerland. The British government refused to include the Icelandic-owned British banks in its extensive rescue programme. To add insult to injury, it also invoked an anti-terrorism law against one of the banks, as well as, briefly, against the Icelandic Central Bank and the Icelandic Financial Supervisory Authority. On the British Treasury website, the Icelandic bank was placed on the same list as the Al-Qaida, the Talibans and the governments of Iran and Sudan. Thus, in October 2008 Iceland was totally isolated and all hopes of rescuing any part of the banking sector evaporated. 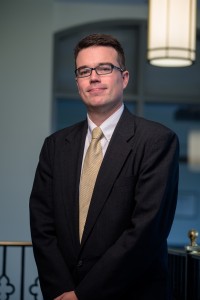 A lively discussion followed Professor Gissurarson’s lecture, with the audience clearly not being well aware of the treatment of Iceland in the financial crisis. Over 500 people, many of them graduate students, attended the APEE meeting, making it the largest in APEE’s history. In another seminar at the meeting, Professor Carrie B. Kerekes from Florida Gulf Coast University discussed the institutions of the Icelandic Commonwealth lasting from 930 to 1262. Kerekes pointed out that the Icelanders were able to live under the law, but without government, for more than three hundred years. Law in the Icelandic Commonwealth had been privately enforced. Professor John E. Mueller from Ohio State University gave a keynote lecture at the APEE meeting. According to him, US authorities vastly exaggerated the danger from foreign terrorists, spending enormous sums of taxpayers’ money on anti-terrorism measures, without any clear goal or evidence. Niels Veldhuis from the Fraser Institute in Vancouver gave a luncheon talk at the meeting, describing the successful liberalisation of the Canadian economy since the mid-1990s: public expenditure had been cut, and taxes reduced, creating conditions for the subsequent economic growth.

In Las Vegas, Professor Gissurarson used the opportunity to meet with old acquaintances attached to the Institute of Humane Studies, IHS, where he attended seminars and summer schools in the 1980s, including Professor Roger Garrison of Auburn University, Professor Larry White of George Mason University, Dr. Gerald P. O’Driscoll of the Cato Institute, Dr. Nigel Ashford of the IHS, Professor Peter Boettke of George Mason University, and Professor Sanford Ikeda of Purchase College at the State University of New York. Attendees at the meeting also included recent RNH visitors to Iceland, such as Professor Douglas Rasmussen, Dr. Eamonn Butler and Dr. Yaron Brook. Professor Joshua Hall is the next President of APEE, and the next annual meeting will take place in Cancún, Mexico, 2015.