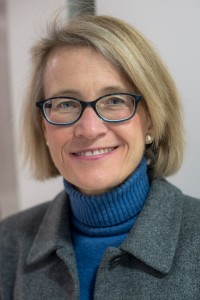 The enlightened pursuit of self-interest is good, and capitalism is moral, Ayn Rand declared. She is the most popular and influential female philosopher ever, her novels, carrying her message, selling in thirty million copies. Monday 24 November at 5 pm, Professor Tara Smith from the University of Texas in Austin will give an outline of the arguments that Rand used for her fearless and distinctive position, going totally against the prevalent political correctness in universities and the media. Rand was unequivocal in her support for capitalism and her admiration of creative individuals who refuse to allow political parasites to live off them. Professor Smith calls her lecture: “Justice, Productiveness, & Money: The Egoistic Capitalism of Ayn Rand’s Atlas Shrugged.” The lecture takes place in Haskolatorg at the University of Iceland, room HT-105, with a questions and answers session afterwards, at 5–6 pm. Subsequently, RNH has a reception at Litla-Hama, a room close by, at 6–7 pm. The event is supported by the Ayn Rand Institute in California and forms a part of the joint project by RNH and AECR, the Alliance of European Conservatives and Reformists, on “Europe, Iceland and the Future of Capitalism”.

Three novels by Ayn Rand have been published in Icelandic. We the Living (in Icelandic Kira Argunova), first serialised in Morgunbladid in 1949, is the novel which comes closest to relying on her own experiences. Kira is a courageous and independent young girl, who, as Rand did, lives under communism in Russia where individual development and personal growth is hindered. Rand herself escaped to the US in 1926. The Fountainhead (in Icelandic Uppsprettan) is about an artist, architect Howard Roark, who refuses to be cowed either by the mass or the millionaires, and who unperturbed pursues his own goals. Atlas Shrugged (in Icelandic Undirstadan) is partly a romantic tale revolving around Dagny Taggart and the men in her life, but it also poses a serious question: What happens in a society if all its creative people, innovators and entrepreneurs, get tired of the parasites and decide to disappear, ceasing to participate in, and contributing to, the economy?

Ayn Rand (1905–1982), a best-selling author in the US and the whole word, frequently appeared on American television. Here is an interview with her that Mike Wallace taped in 1959, two years after the publication of Atlas Shrugged: