Publication Party: Books on the Baltics 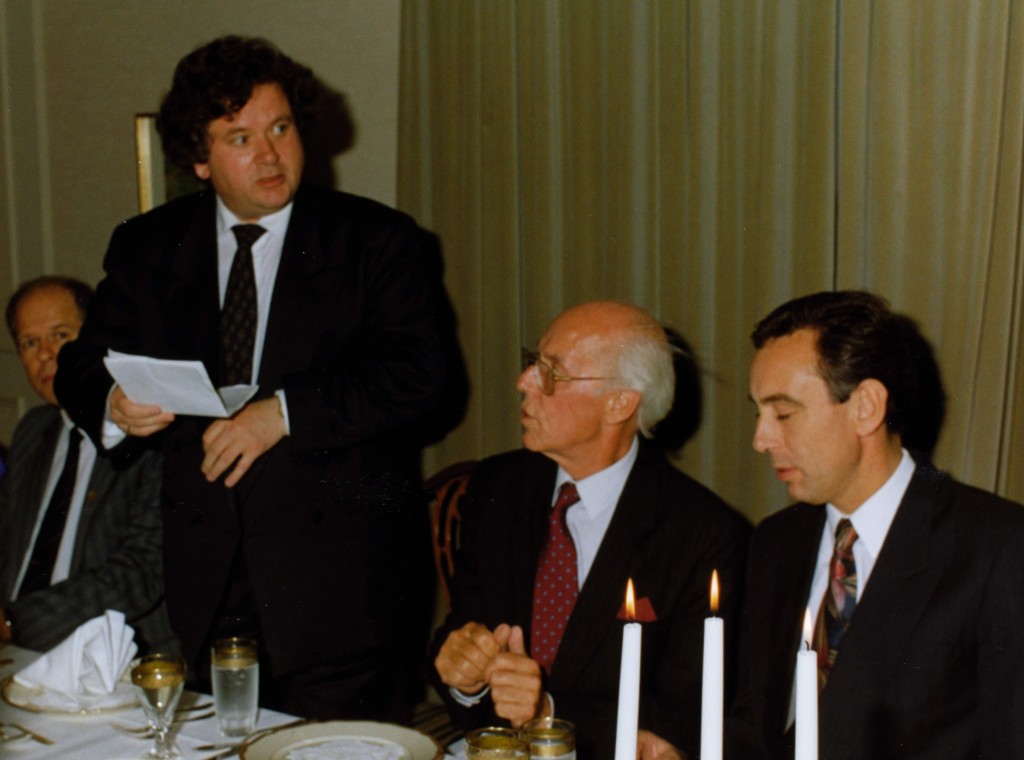 The Icelandic Public Book Club (Almenna bokafelagid) hosts, with the honorary consuls in Reykjavik of the three Baltic republics, a meeting and a publication party Friday 26 August 2016 between 17 and 19 at Litlatorg in the University of Iceland. The occasion is the republication, on this day, of two books which came out in Icelandic during and in support of the Baltic nations’ struggle for independence: Baltic Eclipse, Orlaganott yfir Eystrasaltslondum in Icelandic, by Ants Oras in 1955, translated by the Rev. Sigurdur Einarsson; and Estland: En studie i imperialism [Estonia: A Study in Imperialism], Eistland: Smathjod undir oki erlends valds in Icelandic, by Andres Küng in 1973, translated by then-law student David Oddsson. August 26 marks the 25th anniversary of the re-recognition by Iceland of the three Baltic states, celebrated at a signing ceremony in Hofdi 26 August 1991 with the three foreign ministers of the Baltic countries, Lennart Meri from Estonia, Janis Jürkans from Latvia and Saudargas Algirdas from Lithuania as well as Icelandic foreign minister Jon B. Hannibalsson who had been a strong supporter of the Baltic countries in their struggle. In the evening, the foreign ministers attended a dinner given by David Oddsson who had now become Iceland’s prime minister. A conference in late September 2016 in memory of the events of 1991 is also being organised by the Icelandic Ministry of Foreign Affairs, with the support of RNH. The Baltic states were all occupied in 1940 and forced to become “soviet republics”, but they regained their independence in 1991, after a failed coup by hardline communists in Russia and the collapse of the Soviet Union. 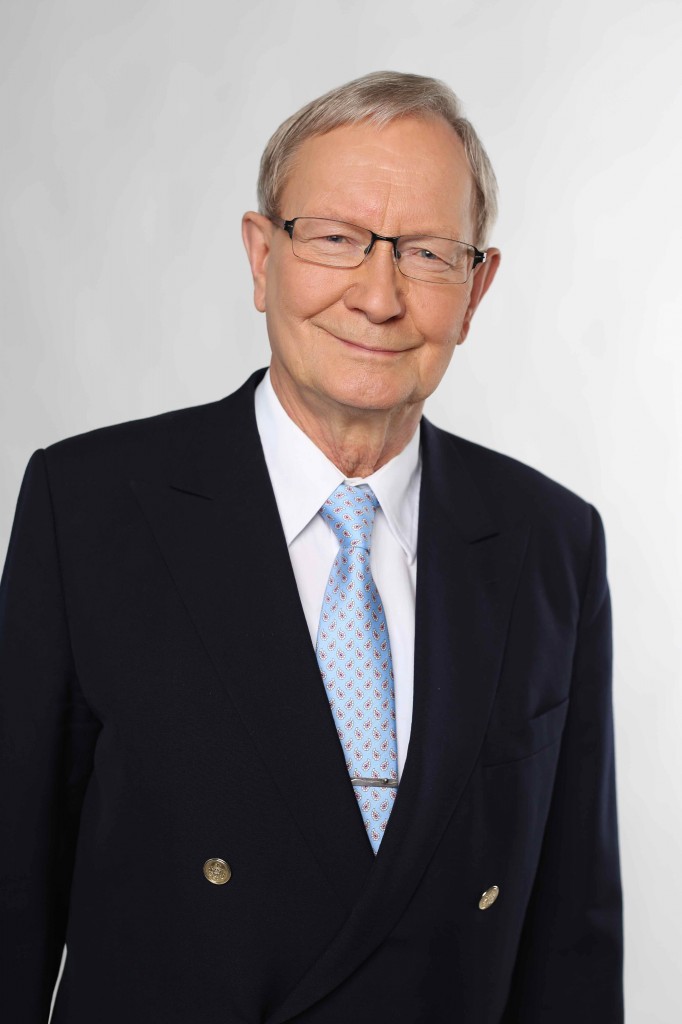 The publication party will be addressed by David Oddsson, editor of Morgunbladid, and Tunne Kelam, MEP. Oddsson will tell the story of the Icelandic re-recognition of the Baltic countries, but also of his support behind the scenes, as prime minister in 1991–2004, of NATO membership for the Baltic states. A historian by profession, Tunne Kelam lost his job as an archivist as a result of his support for Estonian independence, and was employed for many years as a night-shift worker on a state poultry farm. He was the chairman of the executive body of the Congress of Estonia which was organised in 1990 parallel to the so-called Supreme Soviet set up in 1940 by the occupation forces. Kelam was member of the Constitutional Assembly in 1991–1992 and a member of the democratically elected Estonian Parliament 1992–2004, being Vice-Speaker in 1992–2003 and chairman of the European affairs committee in 1997–2003. He has been a member of the European Parliament for the Estonian Pro Patria and Res Publica Union since 2004. He is the author of two books on current affairs and was one of the translators of the Estonian edition of the Black Book of Communism.

Sandra Vokk, executive director of Unitas Foundation, will chair the publication party. Unitas was established in 2008 by Mart Laar, former Estonian prime minister, and others  in order to defend Western humanitarian values against totalitarianism in theory and practice. The two books by Oras and Küng on the struggle for independence in the Baltic countries form a part of the series on “Documents on the history of communism” which the Public Book Club, AB, brings out under the editorship of Professor Hannes H. Gissurarson. Previously in the series have appeared Articles on communism, Greinar um kommunisma in Icelandic, by British philosopher Bertrand Russell, Women in Stalin’s prison camps, Konur i thraelakistum Stalins in Icelandic, by Elinor Lipper and Aino Kuusinen, Out of the Night, Ur alogum in Icelandic, by Jan Valtin (Richard Krebs) and Khruschev’s Secret Speech on Stalin. Professor Gissurarson writes an introduction and provides End Notes for all the books which are also published online free of charge.

The publication party is open to all and admission is free. The books in the series mentioned above will be for sale at a discount price, with some other AB publications. The series is a part of the joint project of RNH and AECR, Alliance of European Conservatives and Reformists, on “Europe of the Victims”. It is also supported by Atlas Network and IDDE, Institute for Direct Democracy in Europe. RNH is a member institute of the Platform of European Memory and Conscience which seeks to preserve the memory of the victims of totalitarianism. 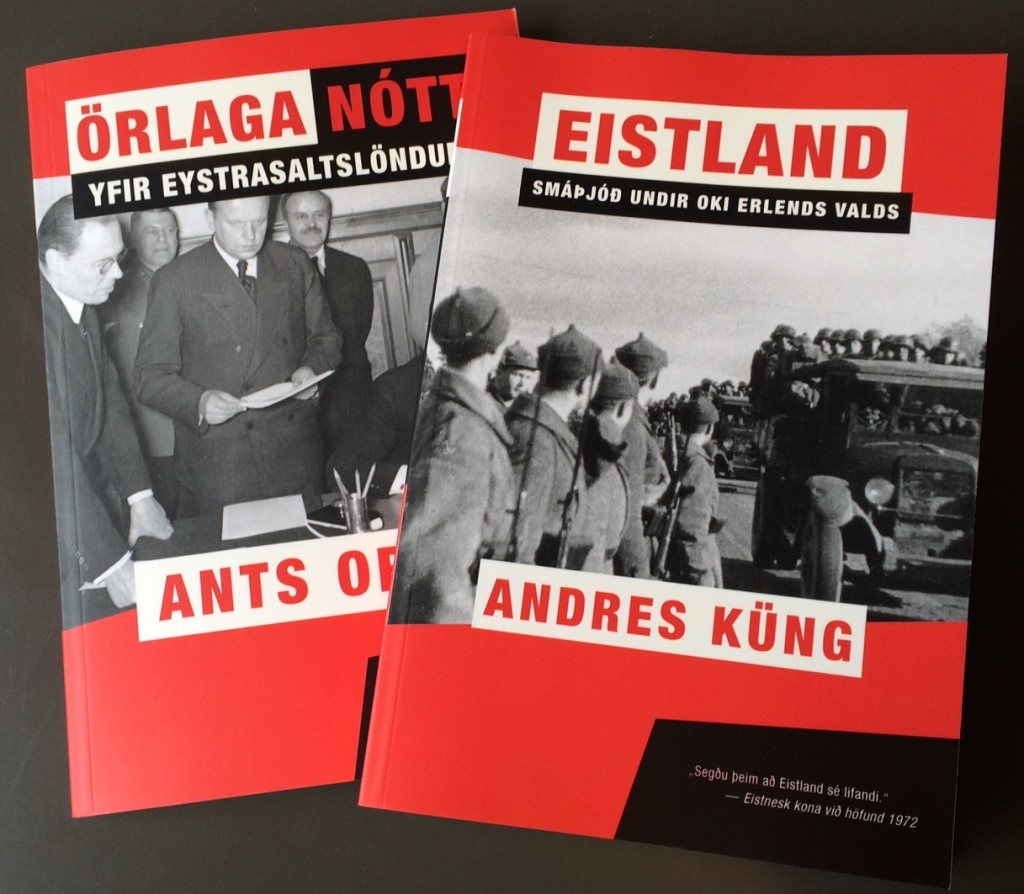