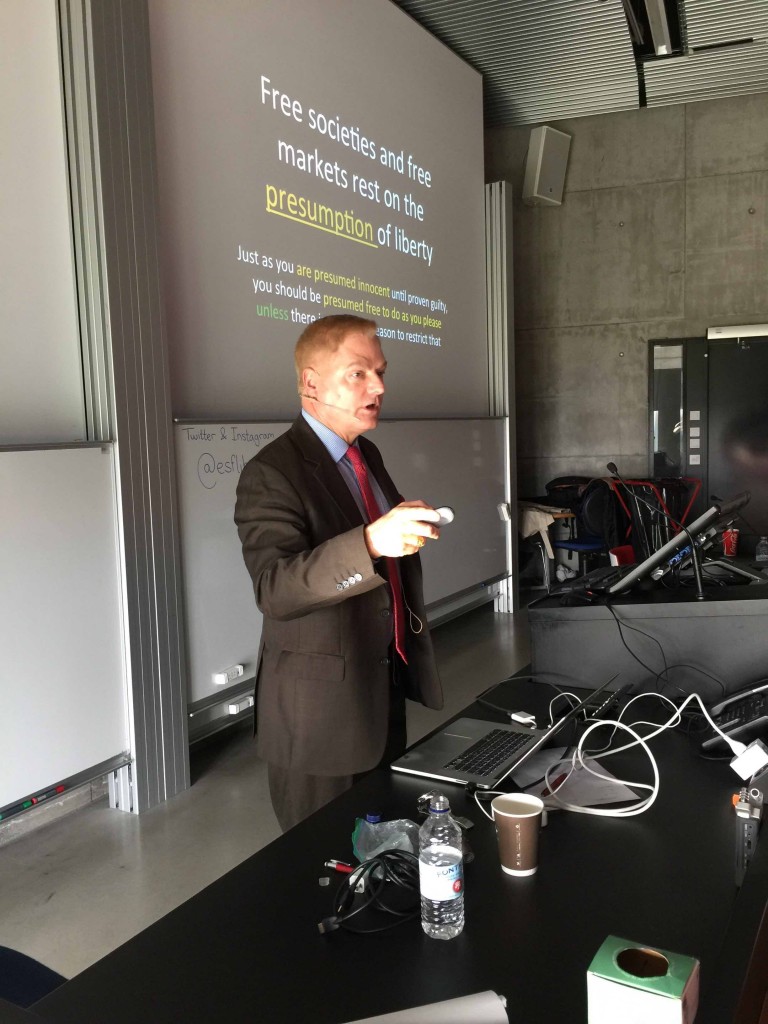 The regional conference of the ESFL, European Students for Liberty, in Iceland Saturday 8 October 2016 was very successful, not least because of the three distinguished speakers who made the effort to travel all the way to Iceland and to participate in the conference. Dr. Nigel Ashford of the Institute for Humane Studies discussed five schools of classical liberal and libertarian/conservative thought: the Austrian economists, Mises and Hayek, the Chicago economists, Friedman and Becker, the Public Choice school led by James M. Buchanan, the Natural Rights theorists such as Robert Nozick and Ayn Rand, and the anarcho-capitalists, Murray Rothbard and David Friedman. The anarcho-capitalists have often pointed to the Icelandic Commonwealth of 930-1262 as an example of a society ruled by law, but  not by government.

Dr. Barbara Kolm of the Austrian Economics Center presented a liberal view of the European Union, emphasising that there was a conflict between free immigration and welfare provisions for all regardless of contribution. Kolm recalled that the original purpose of the European Union was to defend the four freedoms, but that it had now turned into something less attractive. Dr. Tom Palmer of Atlas Network and Cato Institute argued that liberty was not only about the pursuit of material gains, but that it was rather the precondition for taking responsibility for one’s life and spontaneously developing one’s individual abilities. He spoke on some of the themes of his recent book, Self-Control or State-Control: You Decide.

Two young politicians, Aslaug Arna Sigurbjornsdottir from the Independence Party and Pawel Bartoszek from Vidreisn, discussed current affairs, very professionally and politely. Investor Heidar Gudjonsson offered some concluding remarks about the future which he considered to be bright. After the conference, RNH Chairman of the Board Gisli Hauksson of Gamma invited all participants (which were around 120) to a reception at the headquarters of his asset management company Gamma. RNH’s participation in the conference formed a part of the joint project with AECR on “Europe, Iceland and the Future of Capitalism”.