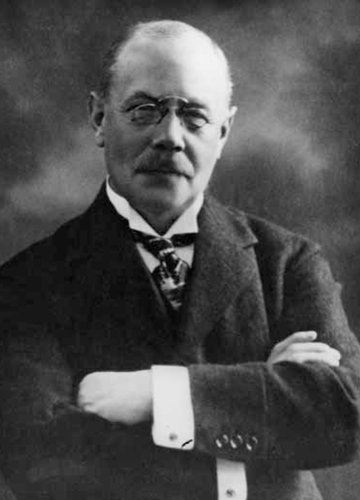 Thor Jensen, born 3 December 1863 in Denmark, was the son of a relatively prosperous Copenhagen builder and his wife. He had eleven siblings and four half-sisters. When Thor was only eight years old, his father suddenly died and the family had thereafter to fend for itself. Thor was sent to a charity school for orphans, and when he was 14 years, he accepted an offer to become a shop assistant at the small town Bordeyri in cold and distant Iceland, then a vassal state of Denmark.

At Bordeyri, Thor met the love of his life, an Icelandic girl by the name of Margret Thorbjorg Kristjansdottir. They married and had twelve children, the oldest being born in 1887 and the youngest in 1908. Thor learned Icelandic and became an avid reader of the old Icelandic sagas, the clever Snorri godi Thorgrimsson being his favourite character in the sagas. The family moved to Akranes where Thor established a shop. Initially successful, in 1900 it went bankrupt when a ship, loaded with goods that Thor had bought, sank. Then the family went to Hafnarfjordur where Thor tried to re-establish himself. A hard-working, practical, upright man, he still enjoyed the confidence of many merchants and bankers. He managed to start a shop in Reykjavik, Godthaab (Good Hope), and soon became prosperous again.

Since the early 1400s, foreign fleets had been harvesting cod and other fish in the fertile fishing grounds in the Icelandic waters, while the Icelanders, subject to stringent economic controls by the Danish king, who enjoyed the support of local landowners, could not move to the seaside and establish fishing firms in cooperation with foreigners. Those economic controls were however mostly abolished in the latter part of the 19th Century. As a consequence, in the beginning of the 20th Century, Iceland was undergoing its own kind of “industrial revolution”, the mechanization of the fishing fleet and the opening up of trade with foreign companies. Thor Jensen participated in this, first with others in a trawler company in 1907, called the “Millions Company”, then in a trawler company which he established in 1912 with his sons, Kveldulfur, which soon became the largest fishing firm in Iceland, mostly selling salted codfish to Spain and Italy.

Soon Thor Jensen was the richest man in Iceland, building a mansion in Reykjavik in 1908. In the 1920s, he handed control of the fishing firm largely over to his sons, and bought a farm in the vicinity of Reykjavik, starting dairy farming on a large scale, in the Danish fashion. The idea was to produce cheap and good milk for the Reykjavik market. But in the 1930s, left-wing governments passed laws which made factory-style farming near Reykjavik unprofitable, and then Thor decided to abandon his ambitious projects. He also had to help his sons when their company Kveldulfur was in difficulties in the late 1930s because of an artificially high exchange rate of the Icelandic currency, the krona. In the Second World War, with greatly increased demand for fish in the United Kingdom, Kveldulfur became very profitable again. 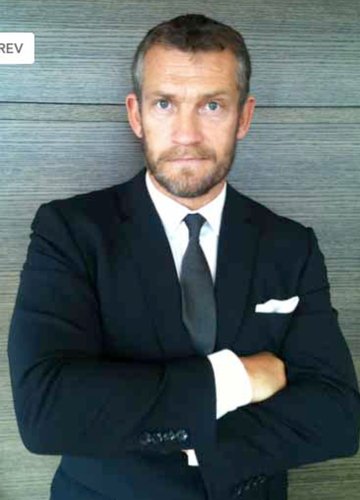 Thor Jensen passed away on 12 September 1947. At his death, he was applauded as the “Last Great Settler in Iceland”. (The original settlers of Iceland came mostly from Western Norway in late 9th Century AD.) Valtyr Stefansson, editor of Morgunbladid, wrote his biography in two volumes, published in 1954–5. Thor Jensen’s descendants which took the family name Thors in place of Jensen were quite dominant in Iceland in mid-20th Century, not only because of their wealth, but also due to individual abilities. His son, Olafur Thors, a powerful, charismatic character, was chairman of the Independence Party after Jon Thorlaksson and five times Prime Minister. He was Prime Minister in 1959–1960 when a lot of economic controls were abolished. Another son, Thor Thors, was for decades Icelandic Ambassador to the United States and to the United Nations where he was instrumental in bringing about the recognition of Israel as an independent state. Three of Thor Jensen’s other sons ran the large fishing firm Kveldulfur (which however did not survive poor herring harvests and other difficulties in the late 1940s and early 1950s); one son-in-law was the director of the shipping company Eimskip, another was the director of the oil company Shell in Iceland, and a third was a bank director. Thor Jensen’s great-grandson, Bjorgolfur Thor Bjorgolfsson, has become an international entrepreneur and businessman, operating mostly in Central and Eastern Europe as well as in Iceland. He bought Thor Jensen’s old mansion in Reykjavik in 2008, and intends to make it into a museum.