Gissurarson on the Removal of Statues 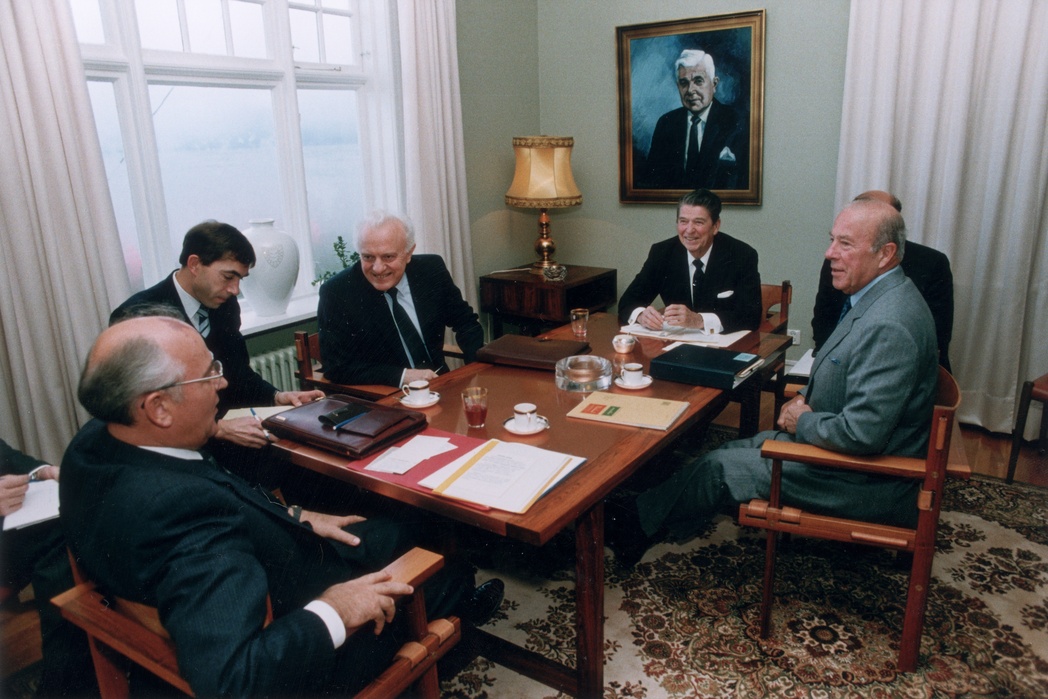 The painting of Bjarni Benediktsson is behind Reagan.

There is a simple rule which should be used to decide which statues, busts, portraits and other historical symbols should be removed from public places and which should be kept there, RNH academic director Professor Hannes H. Gissurarson said in an interview with the radio station Bylgjan 22 August 2017. If the individuals in question were clearly guilty of crimes against humanity, or against the peace, or against human rights, as defined in the Nuremberg trials of Nazi leaders, then statues, busts, portraits and other symbols with them should be removed from public places. This was done in Germany after the War: there are no memorabilia of Hitler, Goering or Goebbels to be found there. However, in parts of Eastern Europe, statues, busts and portraits—and even street names—of Lenin, Stalin and their henchmen still remain. Professor Gissurarson recalled that he participates in the work of the Platform of European Memory and Conscience which fights for the removal of statues and other memoribilia honouring the blood-stained oppressors of the former communists countries.

Professor Gissurarson said that he did not see the same need to remove statues in public places of for example Southern generals like Robert Lee. The Civil War in the US had not been only about slavery, inexcusable as it was, but also about free trade and secession rights. We have to live with our history, even if we refuse to honour the memory of criminals in power such as Hitler and Stalin, Gissurarson argued. He recalled that the leftwingers who came into power in Reykjavik City Council in 1994 hastened to remove from historic house Hofdi a painting of long-time Prime Minister and Mayor of Reykjavik Bjarni Benediktsson which had become famous worldwide when it formed the background to the talks between Reagan and Gorbachev in Hofdi in 1986. This was a wrong decision, Gissurarson said. It was however extraordinary that in front of the Festivities Hall of the University of Iceland there was a bust of Brynjolfur Bjarnason, the first and only Leader of Iceland’s Communist Party 1930–8, a staunch Stalinist his whole life. Gissurarson’s interview formed a part of the joint project of RNH and ACRE, the Alliance of Conservatives and Reformists in Europe, on “Europe of the Victims”.