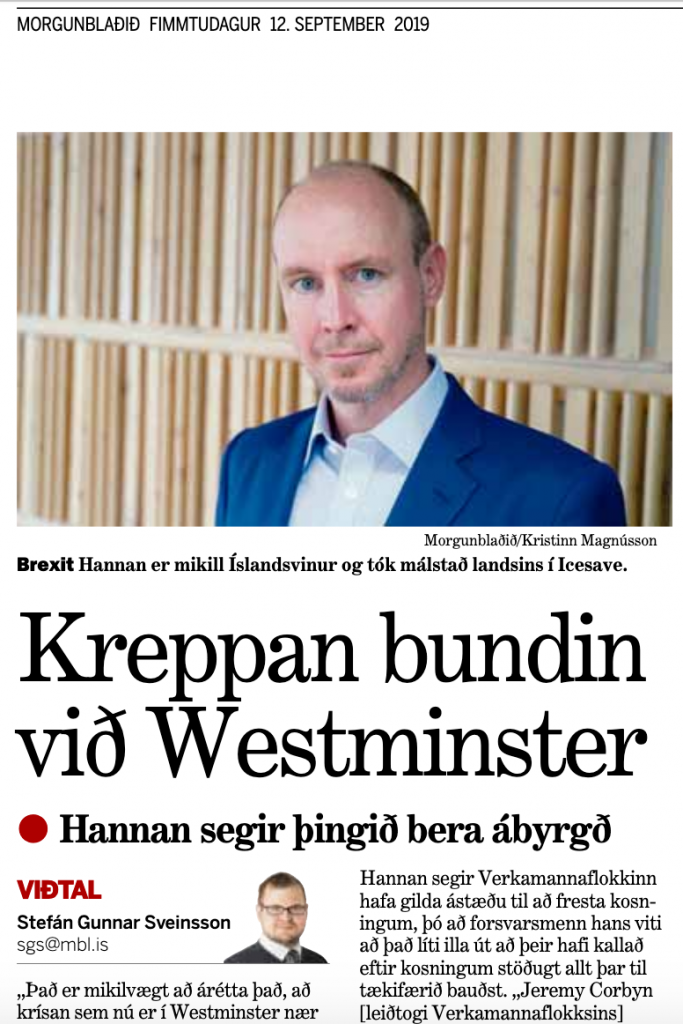 RNH was a sponsor of a conference organised by Students for Liberty Iceland in Kopavogur 6 September 2019. In an interview with Morgunbladid 12 September, the keynote speaker, ACRE General Secretary and Tory MEP Daniel Hannan, discussed the impending exit of Great Britain from the European Union, for which he had fought in the national referendum on the issue. He said that the EU was trying to keep Great Britain inside by offering unacceptable terms for an exit. “Just imagine if Iceland sought a free trade deal with the EU, but that the EU insisted on two conditions: that you had to cancel all your free trade deals with other countries because the EU would supervise them, and that from now on the EU would be in full control of Kopavogur,” Hannan commented, referring to the conflice over Northern Ireland. “I am however proud of being the first British politician who publicly supported Iceland in the Icesave dispute. I was always convinced that the depositors would be fully reimbursed, and I was upset at the British authorities for mistreating a loyal friend and ally by invoking the Anti-Terrorist Act,” Hannan also said.