The Gold Standard or Cryptocurrencies? 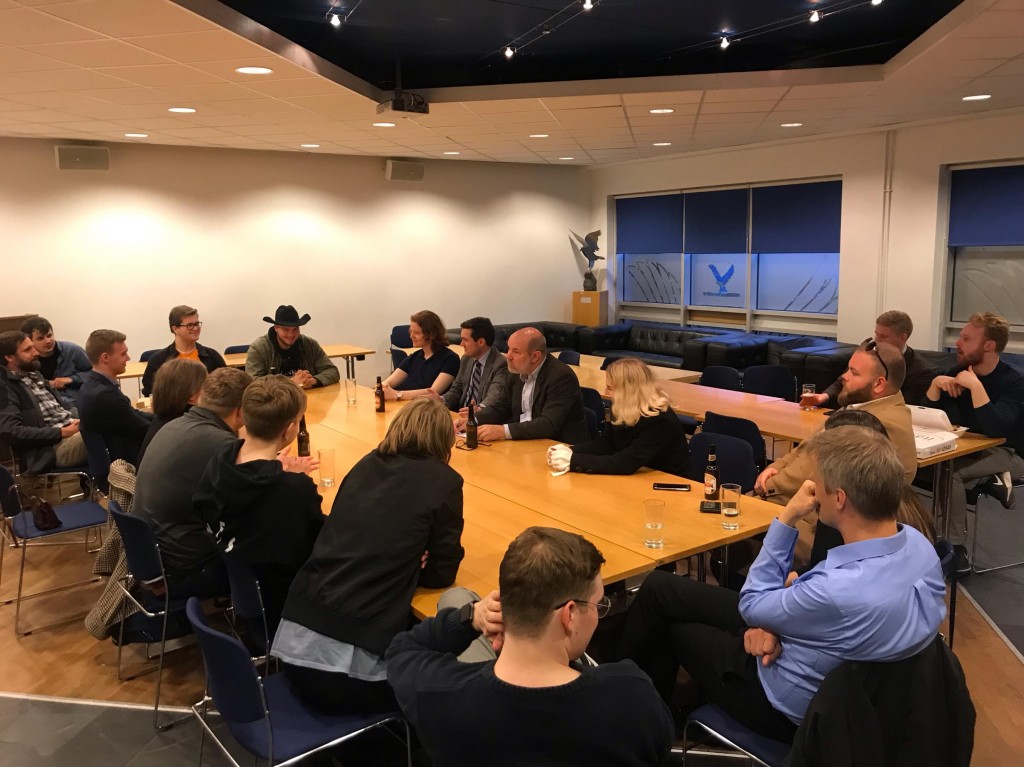 The Association of Libertarian High School Students organised a seminar on the most efficient monetary order Sunday 8 September 2019, with Professor Edward Stringham and finance expert Peter C. Earle, at Hlidarsmari 19 in Kopavogur. Both Stringham and Earle argued that in general government was not a desirable producer of money, as it often was tempted to overproduce it, with inflation as the inevitable consequence, distorting prices and impeding mutually beneficial market transactions. Earle compared the gold standard where money production depended on the gold supply of the producer (usually a central bank) and cryptocurrencies. The advantage of the gold standard was how stable it was, whereas cryptocurrencies had until recently been fluctuating, although they now seemed to be becoming stabler. He said that therefore he was reluctant to express a preference for one type of currency over the other.

The meeting was chaired by high school student Julius Viggo Olafsson. Stringham and Earle who both are associated with the American Institute of Economic Research were in Iceland for the Students for Liberty Iceland conference 6 September on the future of freedom. RNH sponsorship of these events forms a part of a joint project with ACRE, the Alliance of Conservatives and Reformists in Europe, on ‘Bluegreen Capitalism’.