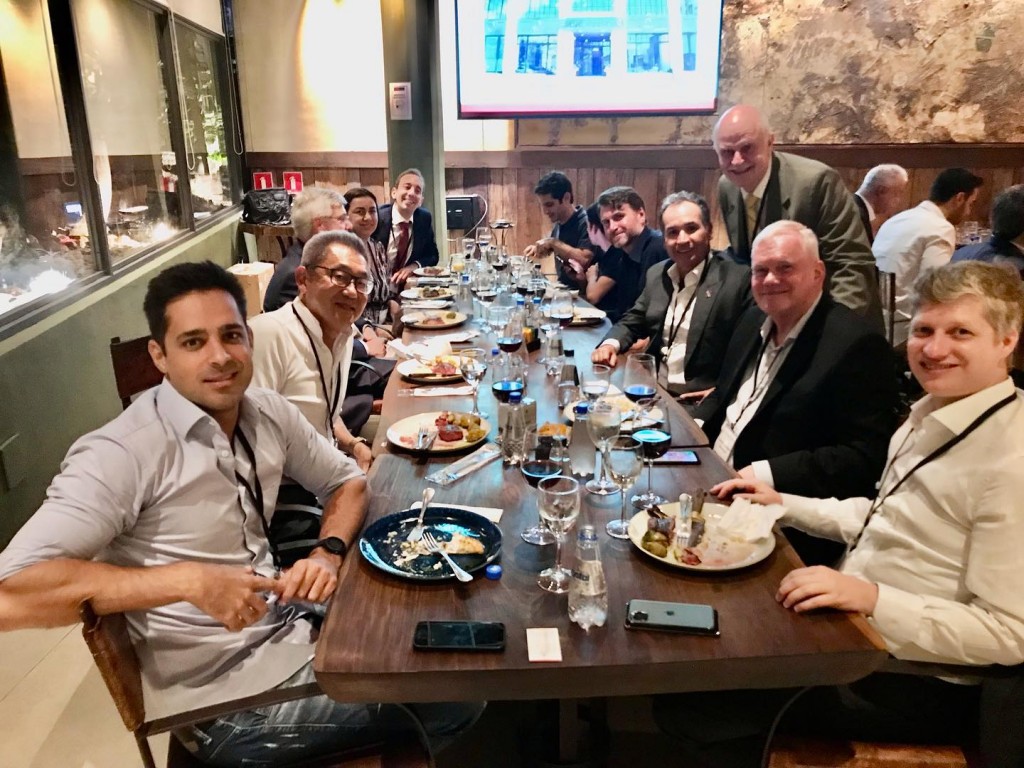 Dinner on 24 January. Gissurarson is second from right, Hélio Beltrão is sitting on his right, and Alejandro Chafuen is standing by them.

RNH academic director Professor Hannes H. Gissurarson attended two meetings which the Acton Institute, based in Grand Rapids, Michigan, held in São Paulo for its Brazilian friends, sponsors and alumni on 24 and 25 January 2022. The institute, named after the distinguished historian Lord Acton, presents the case for liberty as grounded in Christian morality. It has conducted many seminars and summer schools in Brazil and elsewhere in Latin America. In São Paulo, Professor Gissurarson had talks with Kris Alan Mauren, President of Acton Institute, Alejandro A. Chafuen, Managing Director of the Institute, and Hélio Beltrão, Director of the Brazilian Mises Institute. Gissurarson’s book in two volumes, Twenty-Four Conservative-Liberal Thinkers, is being translated into Portuguese and will be published in São Paulo by the Mises Institute. There are chapters on both Lord Acton and Ludwig von Mises in the book.