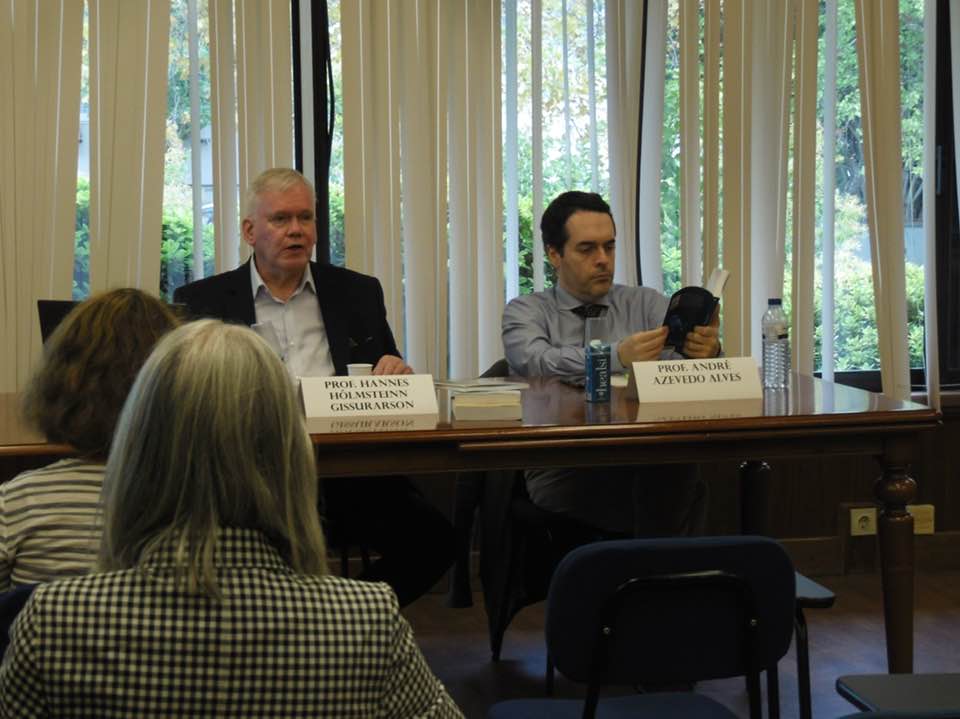 Two of the most distinguished representatives of the conservative-liberal tradition were St. Thomas Aquinas and Edmund Burke, Professor Hannes H. Gissurarson, RNH Academic Director, observed in a lecture he gave at the Institute of Political Studies at the Catholic University of Lisbon on 8 September 2022. Aquinas not only taught that kings should, like everybody else, be under the law and that they could be deposed if they gravely violated the traditional liberties of their citizens. He also realised that we are all sinners, imperfect human beings, and that government should only try to deal with sins harmful to others, such as theft and assaults. Aquinas was an inspiration for the Salamanca School on which a professor at the Catholic University had ably written, André Azevedo Alves.

Edmund Burke saw a free society as being one of ‘reciprocal control’ where no single body, not even a democratically elected assembly, controlled everything but where several institutions shared power and kept one another in check. Since this was the very day in which Queen Elizabeth II of the United Kingdom, Head of the Commonwealth, sadly passed away, Gissurarson recalled that one of the institutions contributing to Burke’s process of reciprocal control was the monarchy. It provided stability and continuity. According to Gissurarson, Professor João Carlos Espada of the Catholic University in his writings had perceptively explained the Anglo-American political tradition of liberty under the law. Espada had been inspired to study the Anglo-American tradition by his conversations with Karl Popper, to whom Gissurarson devotes a chapter in his recent book, Twenty-Four Conservative-Liberal Thinkers, available online free of charge.