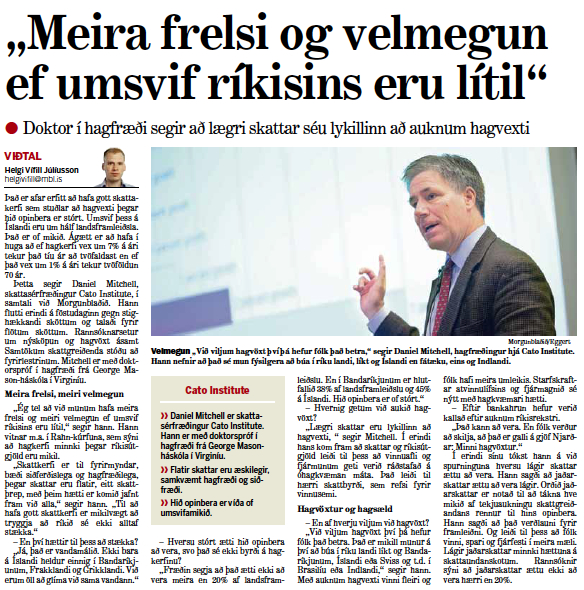 Dr. Daniel Mitchell, senior tax policy analyst at Cato Institute in Washington DC, gave a talk about progressive taxes at the University of Iceland 16 November 2012, invited by RNH and the newly-f0unded Icelandic Union of Taxpayers. Mitchell pointed out that the main role of taxes is to obtain the revenue necessary to pay for government services. By double taxation, such as taxes on dividends and capital gains, the accumulation of capital, necessary in a growing economy, is made more difficult. Tax authorities should not discriminate between future consumption (or investment) and present consumption. Mitchell argued that a high progressive incomes tax as has recently been imposed in Iceland, and a special wealth tax were both very inefficient kinds of taxes.