The Europe Watch, the Institute of International Affairs at the University of Iceland and RNH hold a meeting at lunchtime, 12–13, Thursday 30 January in Room 101 in Oddi House at the University of Iceland. The lecturer is Dr Richard North who is a specialist on the EU and in particular its relationship to the UK. A lively debate on EU membership is now going on in the UK. Prime Minister David Cameron has promised to hold a referendum on it in 2017, if he wins the 2015 election. Dr North argues for what he calls the Norway option where he analyses the relationship of Norway to the EU on the basis of the EEA, European Economic Area. His observations on this are highly relevant to Iceland, with Norway a member state of the EEA. RNH’s participation in this event forms a part of the joint RNH-AECR project on “Europe, Iceland, and the Future of Capitalism”. 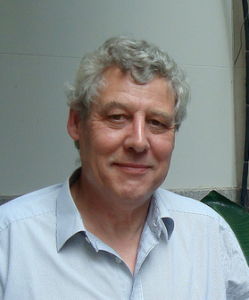 Born in 1948, Dr Richard North is a well-known British political researcher and analysts, author and blogger.  He has worked at every level of government, starting his career in local government in environmental health. He worked in trade politics for small producer organisations and was research director for a political party in the European Parliament for four years. He has worked for ten years as an independent political analyst for Westminster MPs, and for ministers of Cabinet rank. Dr North is author with journalist Christopher Booker, of several books, including The Mad Officials, The Great Deception: the Secret History of the European Union, and Scared to Death, an analysis of the scare phenomenon. He is author of several books on his own account, including Ministry of Defeat, an account of the British failures in southern Iraq, and The Many Not the Few, an alternative history of the Battle of Britain. Most recently, he has published with the Bruges Group The Norway Option, an analysis of Norway’s relations with the EU.

Currently, Dr North is co-founder of The Harrogate Agenda and blogs on EUreferendum.com, offering expert analysis of EU politics, amongst other matters.  He has been shortlisted for the IEA “Brexit” prize, on Britain in a post-EU world, a project which is still ongoing.