Totalitarianism and Émigrés in Iceland 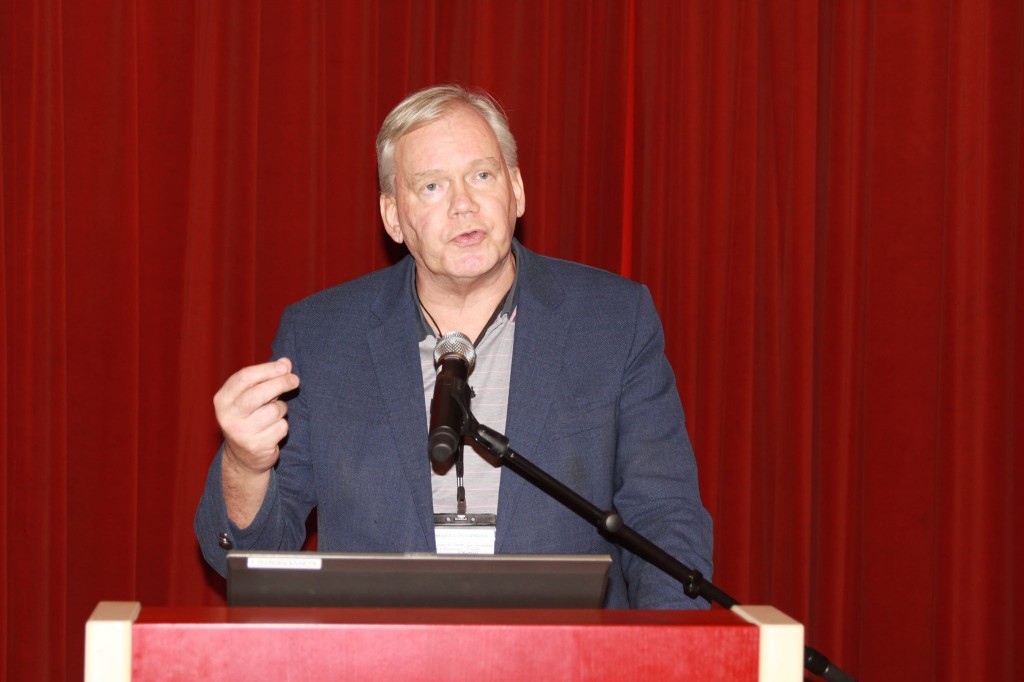 Gissurarson delivering his paper in Viljandi.

RNH’s Academic Director, Professor Hannes H. Gissurarson, read a paper 29 June 2016 to a conference on “Totalitarianism, Deportation and Emigration”, held in the Estonian village Viljandi by the Platform of European Memory and Conscience.

Professor Gissurarson’s paper was about two Germans in Iceland before the 2nd World War, the Jewess Henny Goldstein Ottosson and the Nazi Bruno Kress, whose lives were intertwined in some unexpected ways. Before the War their paths did not cross much in Iceland, even if sources claim that Kress had, like other German Nazis, been unfriendly to the Jewish refugees in the country. But there was another connection. The SS operated a “research institute”, Ahnenerbe or Ancestral Heritage, which gave Kress a grant to study Icelandic. Another topic in which Ahnenerbe took interest was the physiology of Jews: Henny Goldstein’s brother was picked up by Ahnenerbe “experts” at Auschwitz and brought to the Natzweiler prison camp where he was measured and then murdered. (After the War, the Ahnenerbe Director was hanged.) Her first husband, Robert Goldstein, and her sister-in-law and nephew were all murdered in Auschwitz. After the War the paths of Henny Goldstein and Bruno Kress crossed again, unexpectedly, in Iceland. Now Kress had become a communist, residing in East Germany, and in the spring of 1958 he was invited to the 60th birthday party of Icelandic communist leader Brynjolfur Bjarnason. There, to her great surprise, Henny Goldstein recognised the man who had been a zealous Nazi in Iceland before the War and complained about it. The incident was hushed down however. Kress was given an honorary doctorate from the University of Iceland on its 75th anniversary in 1986.

A lively discussion followed the paper, with some in the audience expressing surprise at the fact that the University of Iceland had given an old Nazi an honorary doctorate. Other speakers at the conference included Vytautas Landsbergis, former President of Lithuania, and Urmas Reinsalu, the Estonian Minister of Justice. Professor Gissurarson’s contribution to the conference formed a part of the joint project of RNH and AECR, the Alliance of European Conservatives and Reformists, on “Europe of the Victims”. At the conference, the annual Prize of the Platform was awarded to Leopoldo López, the leader of the opposition in Venezuela and now a political prisoner. López’ father received the award on his behalf. Here López speaks in Oslo, before his imprisonment: