Iceland’s Fisheries as a Model 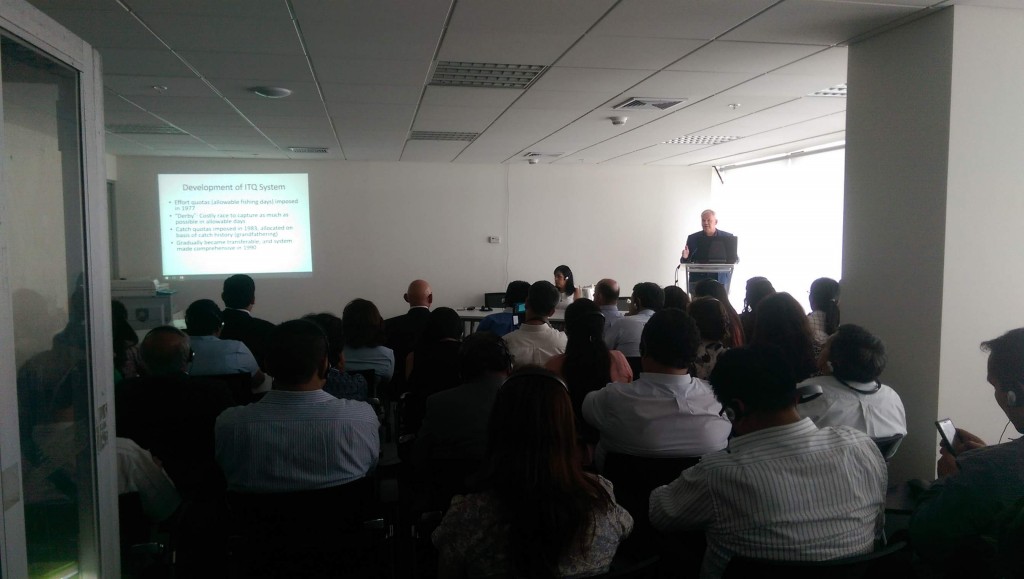 Prof. Gissurarson speaking at the Peruvian Ministry of Production.

RNH Academic Director, Professor Hannes H. Gissurarson, read a paper at the Peruvian Ministry of Production 26 January 2016 on practical matters concerning the management of fisheries and what other nations could learn from the experience of the Icelanders. According to him, the two key factors in the efficiency of the Icelandic system of ITQs, individual transferable quotas, were that the catch quotas were transferable so that they eventually ended up in the hands of those who were most efficient in utilising them, and that they were permanent, so that owners of fishing firms gained an interest in maximising the long-term revenue of the resource.

Professor Gissurarson discussed the idea of “the property of the nation” often invoked in discussions about natural resources, arguing that the most natural way of interpreting it was to regard it as a stipulation that the long-term revenue from the resource should be maximised. This was definitely not achieved by the state expropriating resources, but rather by allowing individual enterprises to utilise those resources as efficiently as possible. The newly created resource revenue subsequently flowed in natural ways into the economy. The seminar was well-attended.

The University of Iceland Press has recently published a book by Professor Gissurarson in English, The Icelandic Fisheries: Sustainable and Profitable. That book and Gissurarson’s lecture at the Ministry both formed parts in the joint project by RNH and AECR, the Alliance of European Conservatives and Reformists, on “Europe, Iceland, and the Future of Capitalism”.