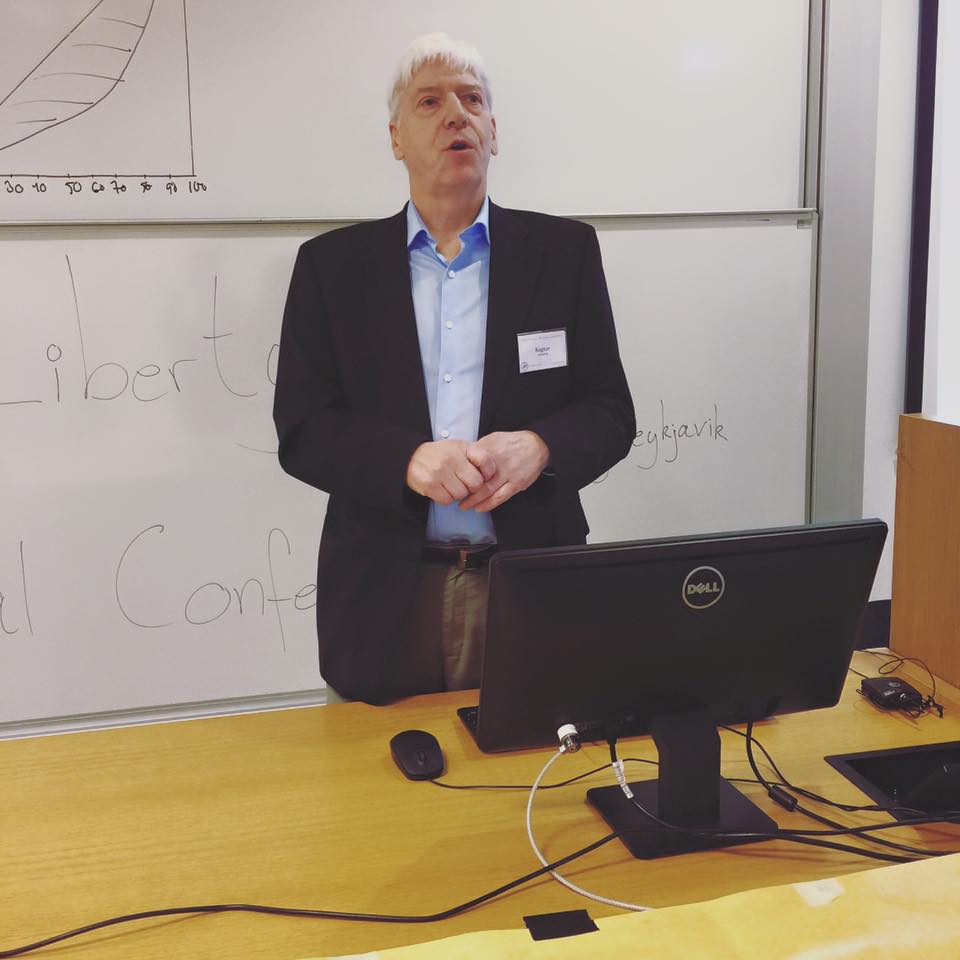 The School of Social Sciences at the University of Iceland, RNH and some other entities hold an international conference under the title ‘Offshore Fisheries of the World: Towards a Sustainable and Profitable System’, in honour of Ragnar Arnason, Iceland’s first and only Professor of Economics of Fisheries, who turned seventy this year. The conference will take place in the Festivities Hall of the University of Iceland Friday 14 June between 16 and 18. Afterwards, there is a reception at Litla torg in Hama (at the University) between 18 and 19. Professor Arnason has for decades been one of the best-known fisheries economists of the world and a much-quoted authority on fisheries management. The speakers at the conference include some of the world’s most distinguished fisheries economists:

The conference is chaired by Associate Professor Birgir Thor Runolfsson. The University of Iceland Press publishes a Festschrift for Ragnar, called Fish, Wealth and Welfare. Well-wishers can put their names on a Tabula Gratulatoria here. The book consists of the ten best-known of Arnason’s scientific papers. It will cost 6,990 Icelandic kronur and will be published in the autumn of 2019. The members of the Birthday Committee of the School of Social Sciences is Trond Bjorndal (Chairman), Professor Emeritus Thrainn Eggertsson, Professor Hannes H. Gissurarson and Birgir Thor Runolfsson. The University of Iceland Press will also publish the papers delivered at this conference and some earlier ones on the fisheries, 6. October 2012, 14. October 2013, 29. October 2013 og 29. August 2016.

The University of Iceland and RNH sponsor the conference, whereas SFS, The Icelandic Association of Fishing firms, and the Central Bank of Iceland (where Arnason was a member of the Board for several years) support the publication of the conference papers. RNH participation in the conference and the publication of the two books form a part of a joint project with ACRE on ‘Bluegreen Capitalism for Europe’. RNH is also planning a Freedom Dinner in the autumn of 2019 with Professor Arnason as the main speaker. Speakers at former Freedom Dinners include Dr. Tom Palmer of Atlas Network and fmr. Prime Minister David Oddsson.