Hannan: Close Ties Between Iceland and the UK 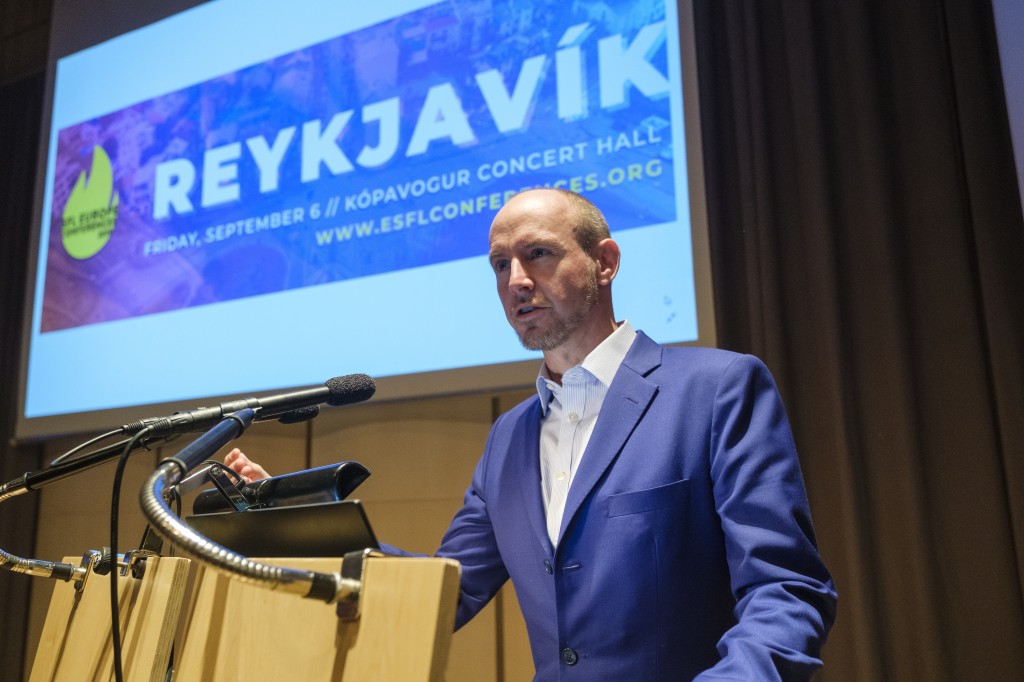 Daniel Hannan, Secretary-General of ACRE, the Alliance of Conservatives and Reformists in Europe, and leader of the UK Conservatives in the European Parliament, gave the keynote speech at a regional conference of Students for Liberty Iceland and the American Institute of Economic Research, on “The Future and Freedom”, in Kopavogur in the afternoon of 6 September 2019. Hannan said that Iceland and the United Kingdom were good friends and that he had often visited Iceland. These two nations should maintain their close ties. Turning to Europe, Hannan remarked that it was extraordinary to witness the attempts of some people to disregard the decision in the national referendum on EU membership. The fact was that the UK would be much better off outside than inside the EU. The arguments for international free trade were however persuasive. Hannan said that his support of Brexit was not least in order to increase free trade, although the British would of course continue to do business with the EU countries. He himself wished them well. It was the ordinary man who benefitted most from free trade, Hannan added, and indeed it was often opposed by special interest, seeking protection from competition. 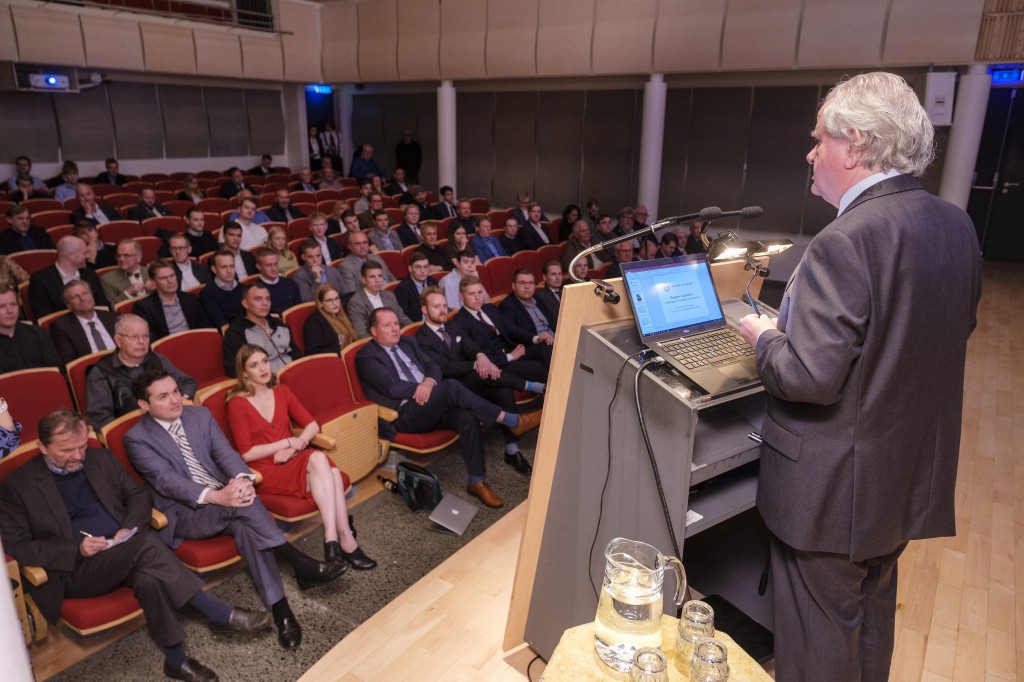 David Oddsson, Prime Minister in 1991–2004, delivered some opening remarks. He recalled that Hannan had publicly protested when the British Labour government inexplicably had invoked an Anti-Terrorist Act against Iceland in the midst of the 2008 bank collapse. This had been a noble gesture indeed. Oddsson discussed how different generations seemed to have different worries. When he was Prime Minister in the 1990s, he had had countless warnings of an impending 2000 Problem, but there had been no problem. Then there had been a lot of talk about a chronic fatigue syndrome, and about workplace burnouts, and now about global warming, even global heating. Often the danger was exaggerated and the great worry not well-founded. Never had there been more prosperity and peace than at present, but the young generation must not forget that this did not come about without a struggle. The fight for freedom had to go on. Indeed, to use yet another fashionable term, freedom was being bullied and harassed every day. Turning to Europe, Oddsson pointed out that many of the reforms implemented by his government—such as reduction of public debt, tax cuts, privatisation, the strengthening of pension funds and development of the system of individual transferable quotas in the fisheries—had been quite independent of Iceland’s membership in the European Economic Area, EEA, although it has of course been an important step in the right direction to open up the Icelandic economy and to gain access to the European market.

Professor Hannes H. Gissurarson described green capitalism. He distinguished between wise-use environmentalists (like himself) who wanted to utilise natural resources prudently and beneficially, and ecofundamentalists believing that nature had special rights against man. In fact the conflict was not between man and nature. It was between two groups of people who wanted to utilise resources in different ways. Consider wolves in the French Alps, Gissurarson said; they killed sheep. Which was to be preferred, the interests of those who wanted to preserve the wolves, or the interests of those who wanted to rear sheep in order to feed and clothe people? It was however not sufficient, Gissurarson added, to price resources. They had also to be transferred into private hands. Protection required protectors. By one stroke of a pen, for example, poachers threatening elephants and rhinos in Africa could be changed into gamekeepers—by allocating private property rights to the elephants and rhinos to their villages.

Halla Sigrun Mathiesen chaired the conference. The other speakers were Mariam Gogoshvili from Georgia, Professor Edward Stringham, Peter C. Earle og Andrew Heaton. The Icelandic media paid much attention to the conference. The daily Morgunbladid printed a full report of it, the business magazine Vidskiptabladid published an article about Hannan and the online journal Viljinn interviewed Hannan. RNH participation formed a part of the joint project by RNH and ACRE, the Alliance of Conservatives and Reformists in Europe, on ‘Bluegreen Capitalism’. 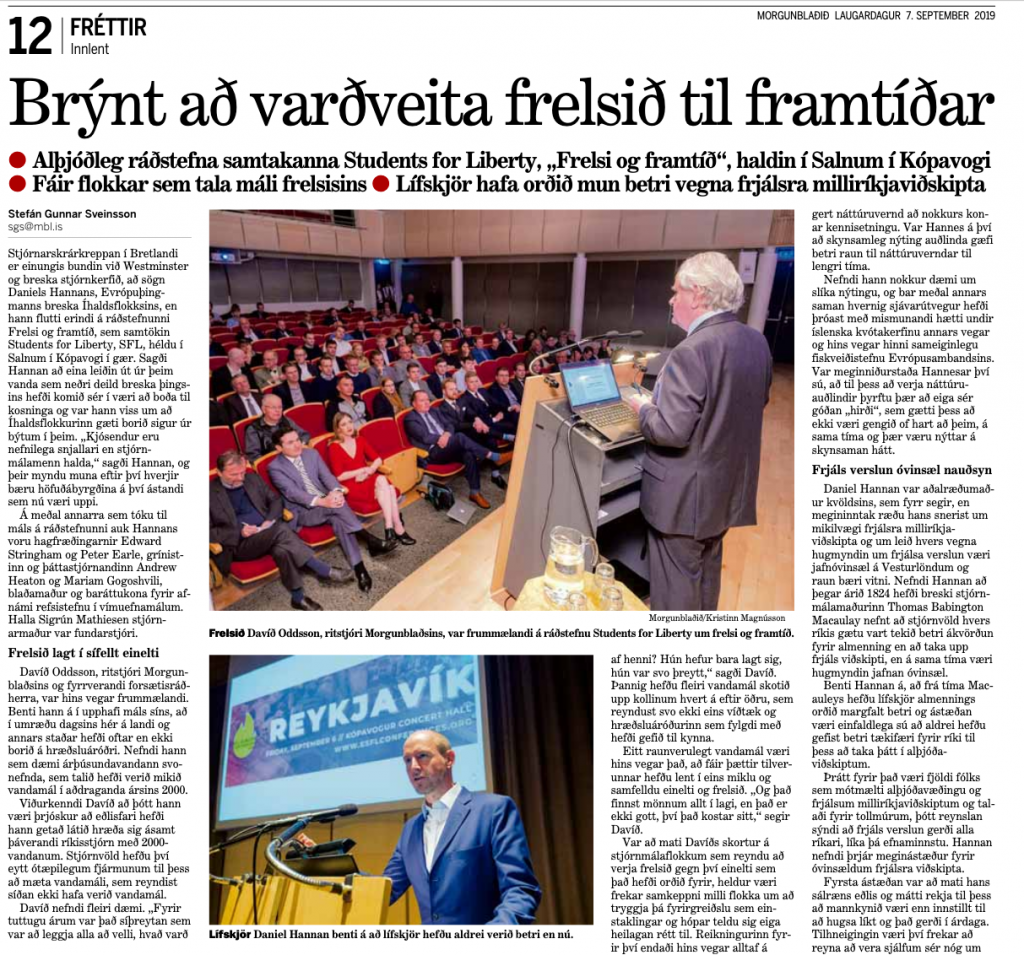