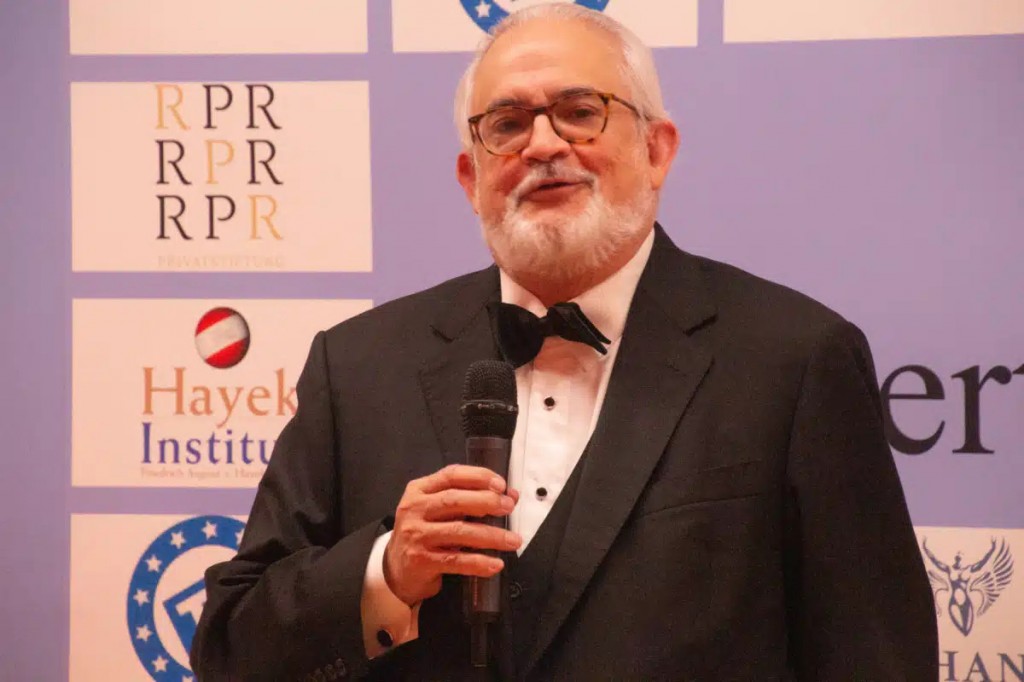 Professor Hannes H. Gissurarson gave the laudatio for Dr. Emilio Pacheco, former Liberty Fund President, at a gala dinner on 8 November 2022 in the Ringturm, Vienna, organised by the Austrian Economics Centre, where Pacheco received the Hayek Lifetime Achievement Award. Former prize winners include novelist Mario Vargas Llosa, economist Arthur Laffer, and historian Niall Ferguson. In his speech Gissurarson recalled that Pacheco was born in Venezuela in 1953, graduating with a BA in social sciences from the Catholic University André Bello in 1975, an M.Phil. in intellectual history from the University of Sussex in 1980 and a D.Phil. in political studies from Oxford University in 1986. He is married to Isabel Pacheco, also from Venezuela, and they have two daughters, Isabella and Iñez, residing respectively in Japan and Jamaica, and five grandchildren, Margot, five, Jósefina, four, Agnes, three, Carmen, two, and Oscar, one. 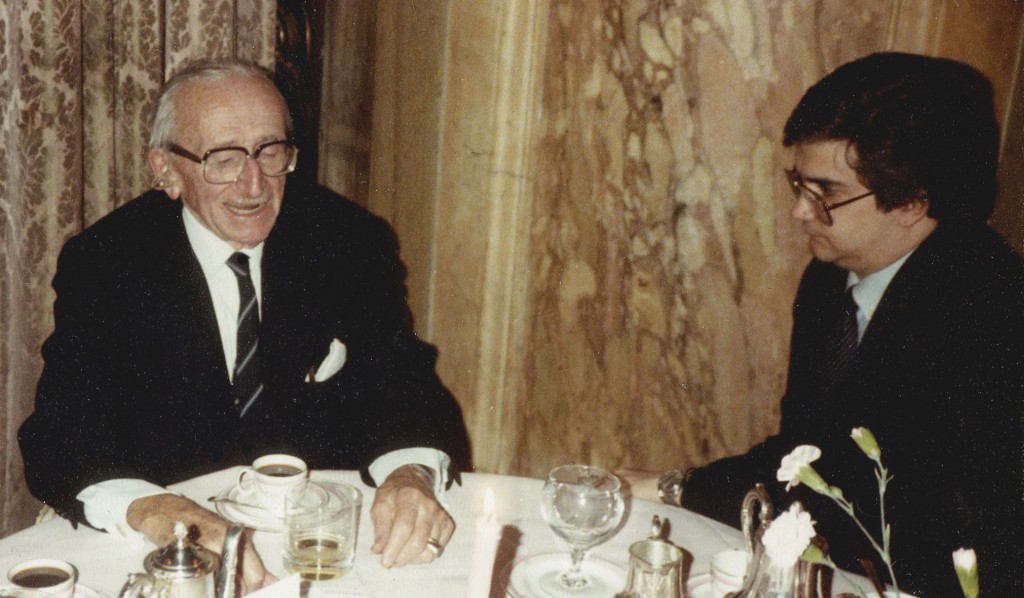 Hayek and Pacheco at the Ritz in London in spring 1985.

Gissurarson recalled that he and Pacheco were at the same time at Oxford where they founded, with some other students, the Hayek Society in the spring of 1983. Hayek came to visit that spring and told the students that he was delighted that they were interested in his ideas but that he had to make them promise not to become Hayekians: the Keynesians were much worse than Keynes and the Marxists were much worse than Marx, he observed. In the spring of 1985, Pacheco, Gissurarson and three other active members of the Hayek Society—Chandran Kukathas, Andrew Melnyk, and Stephen Macedo—had a memorable dinner with Hayek in London where the guest of honour was in a very good mood and told them a lot of anecdotes about his long life some of which Gissurarson shared with the audience.

Gissurarson pointed out that Pacheco had been with Liberty Fund in Indianapolis since 1991, making a significant contribution to the remarkable work of the Fund which had been established in 1960 by an Indianapolis businessman, Pierre Goodrich, who believed passionately in liberty as the product of Western civilisation. Liberty Fund is unique as an institute in that its focus is not on short-term policy, but rather on the conservative-liberal political tradition of the West in a broad sense. It regularly holds colloquia which engage in what could be called Socratic dialogues, without any preset conclusions, and it publishes classical political texts in accessible formats, both on paper and online, including the collected works of Hayek, Ludwig von Mises, James M. Buchanan, Adam Smith, and John Stuart Mill. In the same way as monasteries were sanctuaries for scholars in the Middle Ages, Liberty Fund has been a sanctuary for conservatives and (classical) liberals since its foundation, Gissurarson said, but more than that: it has been a lively and inspiring forum for the discussion and development of conservative-liberal ideas.

The day before, on 7 November, the Austrian Economics Centre held a seminar on the newly-published biography of Hayek by Bruce Caldwell and Hansjörg Klausinger where much new information is presented, not least about Hayek’s personal life. The participants included Pacheco, Gissurarson, Dr. Barbara Kolm, Director of the Centre, Sean Shelby, Director of Liberty Fund, Nathan Feltman, Chairman of the Liberty Fund Board, and Prince Michael von und zu Liechtenstein. After the seminar, Dr. Kolm graciously invited its participants to dinner at her Vienna residence. On 6 November, Pacheco, Gissurarson and several other foreign visitors for the event were treated by the Austrian Economics Centre to supper at the Rote Bar in the Sacher Hotel and afterwards to the Vienna Opera House where Verdi’s Traviata was performed. 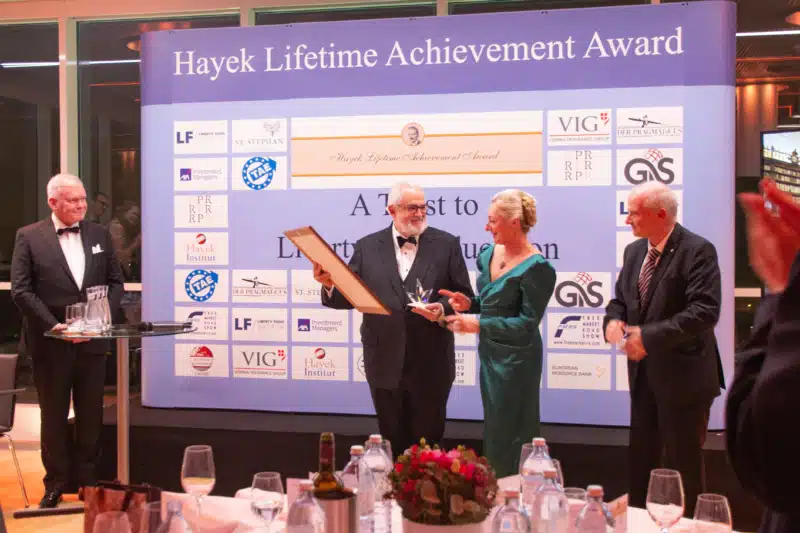 Pacheco receives the Prize from Dr. Kolm, watched by Gissurarson and Peter Thirring of the Vienna Insurance Group, a major sponsor of the event. Photo: Victoria Schmid.