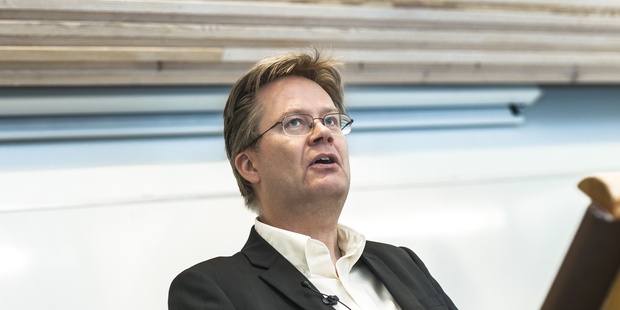 Norwegian journalist Jan Arild Snoen gave a talk about the bias against America in European media at a meeting organised by RNH and IABF — the Icelandic-American Business Forum — at the University of Iceland 15 October 2012. Snoen pointed out that surveys in Norway, Denmark and Sweden showed that people in the media were much to the left of the general public in those countries, and that the same doubtless applied in other European countries. Moreover, Europeans in general were much to the left of Americans in their view of the world. These two kinds of differences made European media susceptible to all kinds of strange, but unfounded, stories about America of which Snoen gave some examples. The lecture was well attended, and reported in two newspapers,  Morgunbladid and Vidskiptabladid, and in an online student journal. Mr. Snoen’s talk can be watched here.