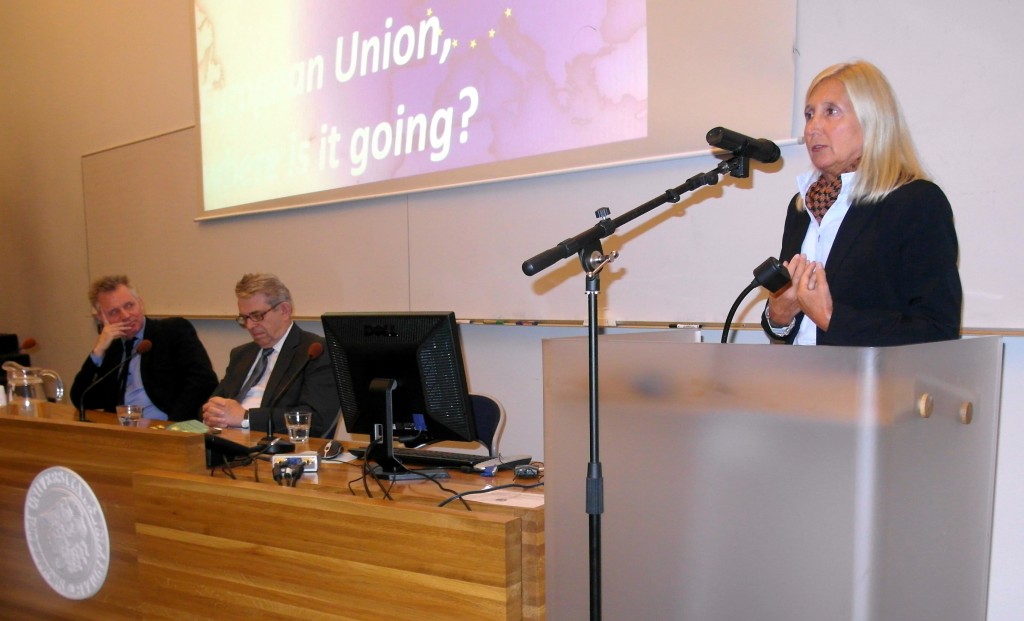 Marta Andreasen, former Chief Accounting Officer and Budget Execution Director at the European Commission, had a clear message at a well-attended meeting sponsored by RNH, Icewise and other associations, on where the EU is going, Friday 30 August 2013: Don’t Join. Andreasen was fired from her job when she criticized corruption and the many irregularities in the EU and refused to endorse its accounts. In her talk, she pointed out that the EU accounts had not been endorsed by auditors for the last eighteen years. Certified public accountants did not want to take responsibility for them. She asked what had happened to the enormous sums that Greece and Spain had received to reform their economies, because in 2008 the frailty of those economies had become apparent. Andreasen said that as a former high EU official herself, she knew that the EU was run by such officials, and not by the elected representatives of the peoples of Europe. She noted that when given the chance, voters had frequently refused to go along with further European integration, for example in the issues of the euro, a European constitution and the Lisbon treaty. 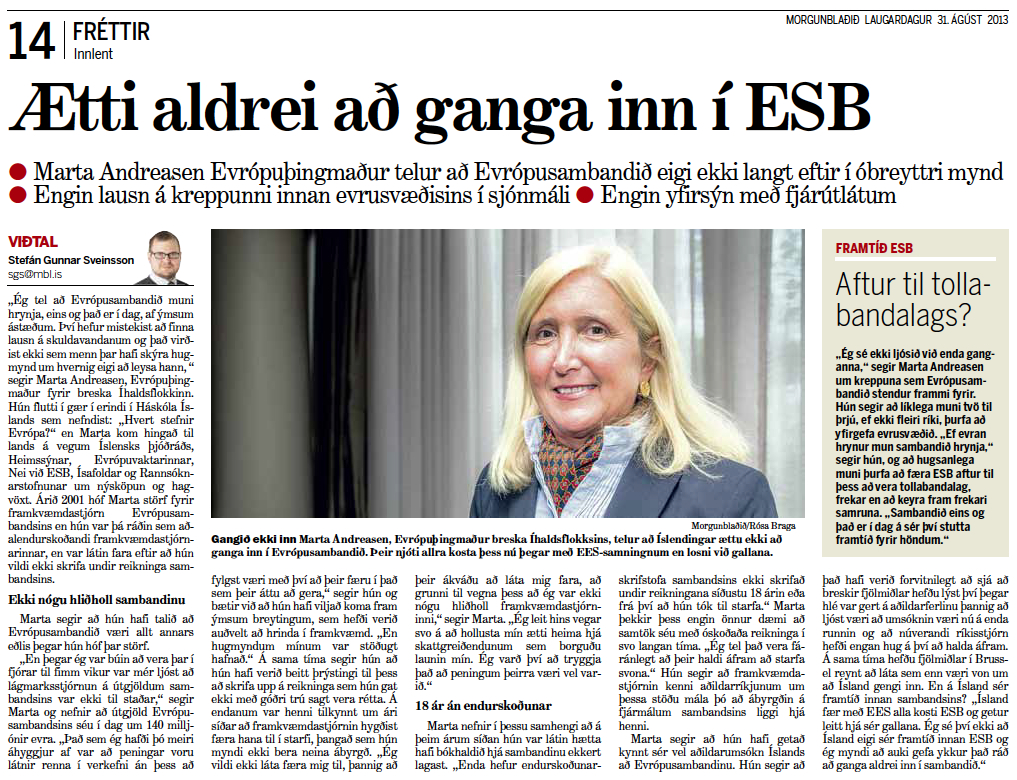 The nameless and non-responsible Brussels bureaucrats would like Iceland to join the EU, Andreasen said, because they welcomed a bigger and more powerful federation. They also were interested in the fertile fishing grounds around Iceland. It was unlikely, Andreasen thought, that European nations with large fishing fleets would accept a permanent exemption for Iceland from the Common Fisheries Policy which prescribes common access to natural resources. Andreasen is now a member of the European Parliament for the British Conservatives. She said, however, that unfortunately the European Parliament was little more than a rubber stamp for the Brussels bureaucracy. The only institution to show some independence was the European Council. The United Kingdom was also trying somewhat to contain the rapid growth of the Brussels bureaucracy. Andreasen has written a book about her experience, Brussels Laid Bare. Her visit to Iceland received a lot of attention: she was interviewed on the government television channel, and in the daily Morgunbladid. Her written paper can be downloaded here. The participation of RNH in this event was a part of the joint RNH-AECR project on “Europe, Iceland and the Future of Communism”.