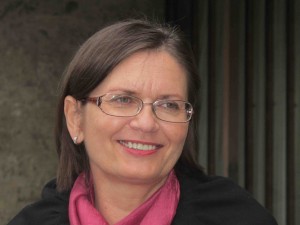 Dr. Andreja Valic Zver gives a paper at Iceland’s National Library Monday 16 September, 17–18, on the topic: “Why Should We Remember the Victims?” The meeting at which Dr. Zver reads her paper marks the closure of a photo exhibition at the National Library on “International Communism and Iceland”. The exhibition was opened on the European Day of Remembrance of the Victims of Totalitarianism, 23 August. This day was chosen by the European Parliament as remembrance day because on this day in 1939, Hitler and Stalin made the non-aggression pact by which they divided Central and Eastern Europe up between them, and started the Second World War. At the meeting, Professor Hannes H. Gissurarson will hand over to the National Library many Comintern documents which Professor Arnor Hannibalsson found in archives in Moscow and which, when his own health failed, gave to Professor Gissurarson to work on for his book on Icelandic communists, 1918–1998. The meeting is held in honour of Professor Hannibalsson, a tireless opponent of totalitarianism, who died in December 2012.

Dr. Andreja Valic Zver is a historian by training. She completed her doctorate from Ljubljana University in Slovenia and has published widely in her native language. She is the director of the Study Centre for National Reconciliation in Slovenia and a member of the Management Board of the EU Fundamental Rights Agency. She was the president of the History Teachers Association of Slovenia 2003–8, and is the president of the school section of the Historical Association of Slovenia, the chairwoman of the Archival Commission of the Republic of Slovenia and a member of the Executive Committee of the Platform of European Memory and Conscience. She is married to one of Slovenia’s best-known politicians, Milan Zver, who was Minister of Education and Sports in 2004–8 and presently a member of the European Parliament, with the greatest number of votes from Slovenia. The meeting and the lecture forms a part of the joint RNH-AECR project on “Europe of the Victims”. The event is co-sponsored by the Institute of International Affairs at the University of Iceland and by Vardberg, the Icelandic Atlantic Association. Mr. Illugi Gunnarsson, Minister of Education and Culture, will chair the meeting.